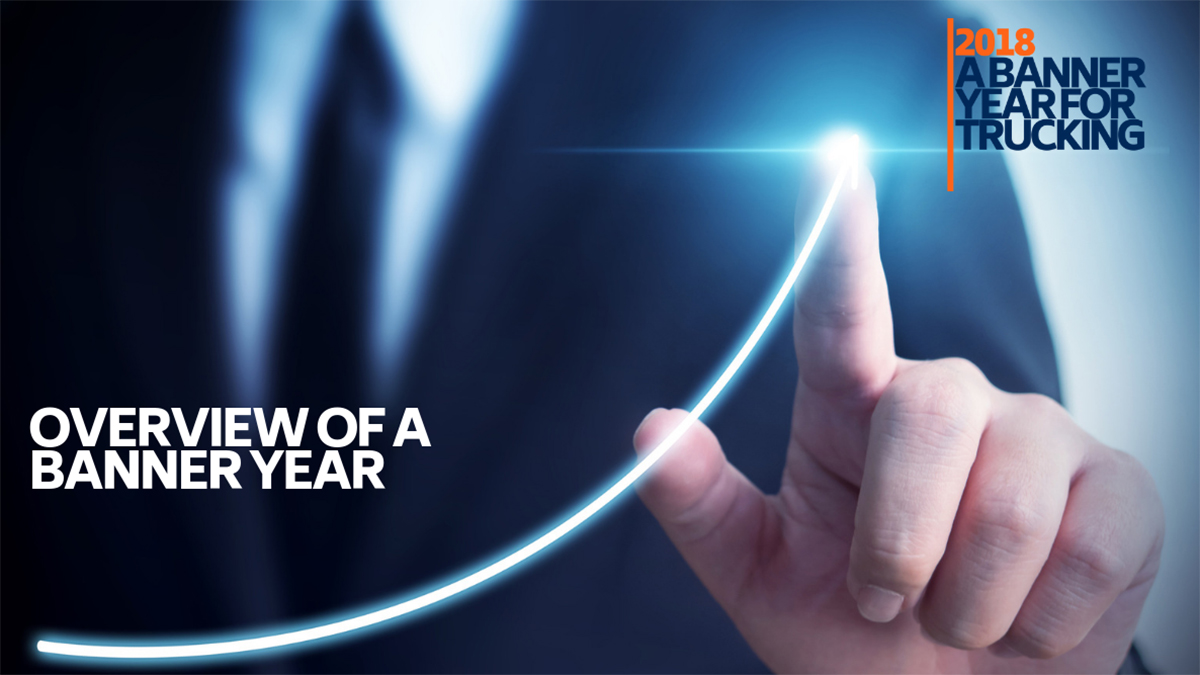 Without a doubt, 2018 was a banner year for trucking and almost every other form of freight transportation. 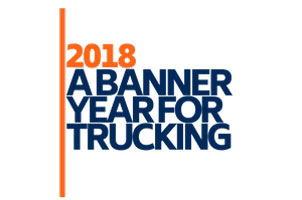 Spurred in part by a cut in corporate taxes, business investment took off, hiring picked up and freight volume soared with both domestic and international shipments sharing in the bounty.

President Donald Trump signed a new trade pact with Canada and Mexico to replace the 2½-decade-old North American Free Trade Agreement, a development that sets the stage for future trade deals with China and the European Union.

And, we had midterm elections that returned a Democratic majority to the House of Representatives and increased the number of Republicans in the Senate, all but ensuring that partisan conflicts will continue and making it harder for lawmakers to achieve consensus on a range of important issues. 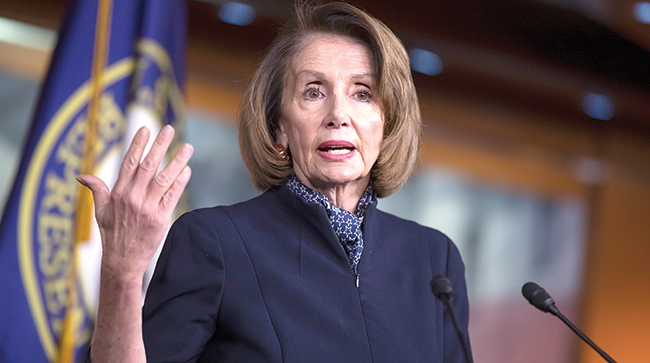 The results of the midterm elections — which delivered a Democratic majority in the House to incoming Speaker Nancy Pelosi — likely mean more partisan fighting in Washington but might yield surprising breakthroughs, such as more federal infrastructure funding. (J. Scott Applewhite/Associated Press)

One of the issues left undone was progress on funding infrastructure.

But there was late-in-the-year resolution of the long-standing issue of federal pre-emption of California’s meal-and-rest-break requirements for truck drivers. After an unsuccessful four-year legislative campaign to rectify the problem, American Trucking Associations switched strategies and filed a petition Sept. 24 asking the Federal Motor Carrier Safety Administration for relief from state rules that diverge from federal standards. That relief was granted on Dec. 21, resulting in uniform meal-and-rest-break rules across the country.

Heading up the agency that decided the issue is Ray Martinez, a former motor vehicle administrator from New Jersey who was confirmed as the new administrator at FMCSA in February.

A key turning point for federal safety regulators and fleet operators was April 1. That was the date on which soft enforcement ended for a law requiring commercial truck drivers to use electronic logging devices to record time spent behind the wheel. The new requirements led to changes in driver scheduling and raised costs for shippers. 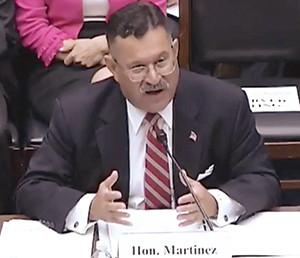 To help ease the transition, FMCSA granted a number of ELD waivers to specialized carriers and granted some fleets with legacy onboard tracking systems more time to comply.

Truck and trailer sales set records in 2018 and real progress was seen in the development of new technologies, especially electrification of powertrain components and battery-powered and hydrogen fuel-cell vehicles.

In June, Freightliner Trucks unveiled battery-electric versions of its flagship heavy-duty Cascadia model and its M2 medium-duty truck, with series production targeted for 2021.

The other major North American truck manufacturers also continued to invest in electric-vehicle and fuel-cell technology. Volvo Trucks introduced its first two electric models in Europe during the year and later announced plans to bring all-electric trucks to North America for demonstrations in 2019 and commercialization in 2020.

At the same time, Nikola Motor Co. raised $100 million to continue development of its hydrogen-electric truck that is expected to debut in North America next year, plus it announced plans for a new cabover model to be deployed in Europe within five years. 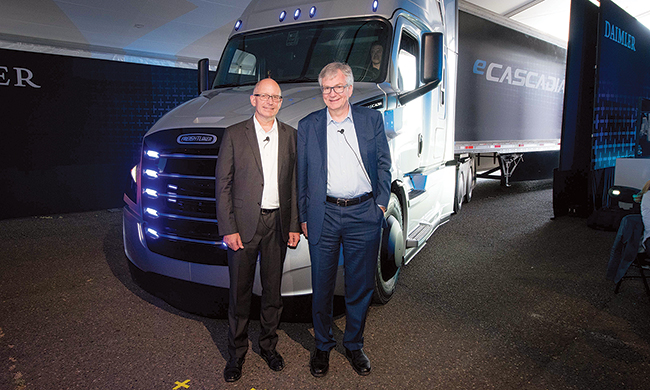 Daimler's Roger Nielsen (left) with Martin Daum, standing next to the company's eCascadia, which was one of several entrants in 2018 into the emerging electric truck market. (Daimler Trucks North America)

Although Uber Technologies Inc., one of the earliest proponents of self-driving trucks, halted its program following a deadly crash in Arizona involving one of its self-driving cars, investors continued to pour money into other startups.

Kodiak Robotics, a company started by individuals with ties to Uber and Google, received $40 million in venture capital to develop self-driving systems for trucks. Embark Trucks also raised $30 million to fund expansion of its fleet of self-driving trucks and Starsky Robotics completed a series of test runs with an unmanned truck on a closed-off stretch of a rural public road in Florida.

Despite doubts about climate change espoused by the president, the U.S. Environmental Protection Agency opened a new chapter in regulating emissions from trucks by launching a rulemaking that could lead to reductions in levels of nitrogen oxide coming from diesel engines.

Leading the effort likely will be Andrew Wheeler, EPA’s acting administrator who Trump said he expects to nominate for the permanent job following the resignation of Scott Pruitt. 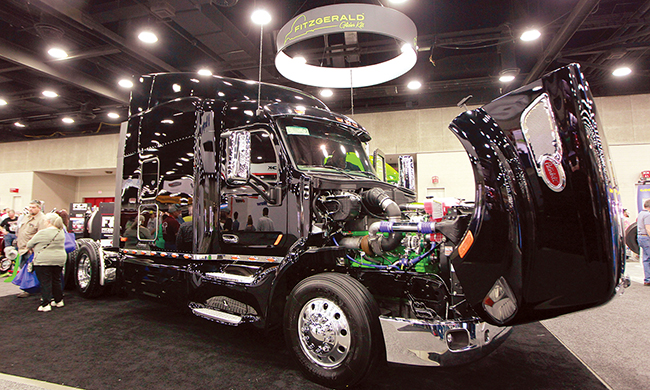 A tractor with a glider kit on display at a recent industry trade show. (John Sommers II for Transport Topics)

Another issue that figured prominently in 2018 for EPA is a rule put in place by the Obama administration that limited the number of glider kits that can be sold to no more than 300 per year. The Trump administration has tried to lift those restrictions based partly on results of a study by Tennessee Tech University that found emissions from refurbished vehicles to be equivalent to new trucks. The study, which was funded by a glider kit manufacturer, has since been withdrawn and the researcher involved has resigned.

Mark Hazelwood, a former president of truck stop chain Pilot Flying J, was found guilty and sentenced to 12½ years in prison and fined $750,000 for his role in defrauding trucking companies of fuel rebates. 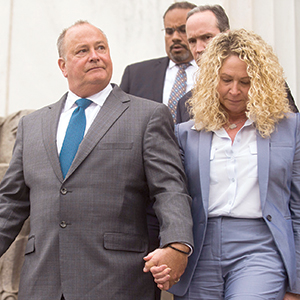 Hurricanes and wildfires ravaged parts of the United States and a U.S. government report warned of even greater losses from changes in climate in the future.

In Colorado, lawmakers approved a bill that commits the state to meeting clean air standards promulgated in California.

Meanwhile, elections at the state level delivered a mixed bag of results for transportation funding.

In Colorado, two measures to raise transportation funding listed on the ballot failed. Missouri’s proposed fuel tax increase, Proposition D, was defeated. In Utah, voters answered “no” on a nonbinding question to increase the state’s motor and special fuel tax by 10 cents per gallon to fund education and local roads.

In Connecticut, voters overwhelmingly supported an amendment to create a lockbox for transportation funds. Voters decided to retain California’s 2017 fuel tax increase, which raised the tax for diesel by 20 cents to 36 cents per gallon and for gasoline by 12 cents to 41.7 cents per gallon as part of a Senate bill that year. 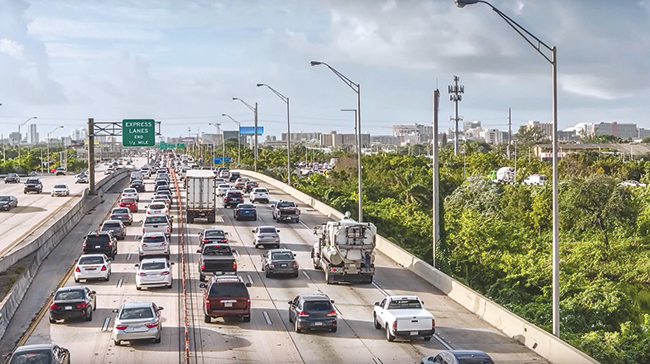 The nation's clogged highways, starved for road improvements, remained a top issue in 2018. The states — with mixed results — sought various measures to try to inject more funding into infrastructure. (The National Academies of Sciences, Engineering and Medicine via YouTube)

Also in 2018, online retail and web services firm Amazon.com ended months of speculation about where it would build offices for a second headquarters, splitting the $5 billion investment among three cities, New York City, Arlington, Va., and Nashville, Tenn.

It was an active year for trucking mergers and acquisitions and for freight technology startups. 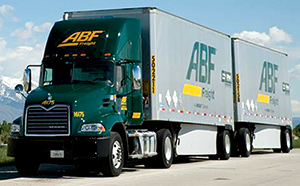 Teamsters members who work for ABF Freight voted in 2018 to accept a new multiyear contract with the company. (ABF Freight via Facebook)

Ryder System Inc. bolstered its dedicated trucking services with the purchase of MXD Group to provide final-mile delivery of large and bulky goods. 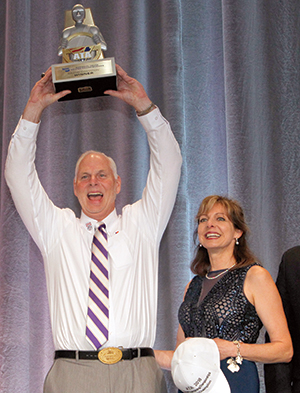 Several major labor contracts were settled in 2018, with the Teamsters union members voting to accept multiyear deals with UPS Inc. and ABF Freight.

Barry Pottle of Pottle’s Transportation in Bangor, Maine, was elected chairman of ATA at the 2018 Management Conference & Exhibition.

Another FedEx Freight associate, Phillip Pinter from Ida, Mich., earned the title of SuperTech Grand Champion at the fall meeting of the Technology & Maintenance Council of ATA.