Nicknamed the ‘LeBron James’ of Trucking, Woodrome Bests 423 Elite Truckers to Win in His Home State 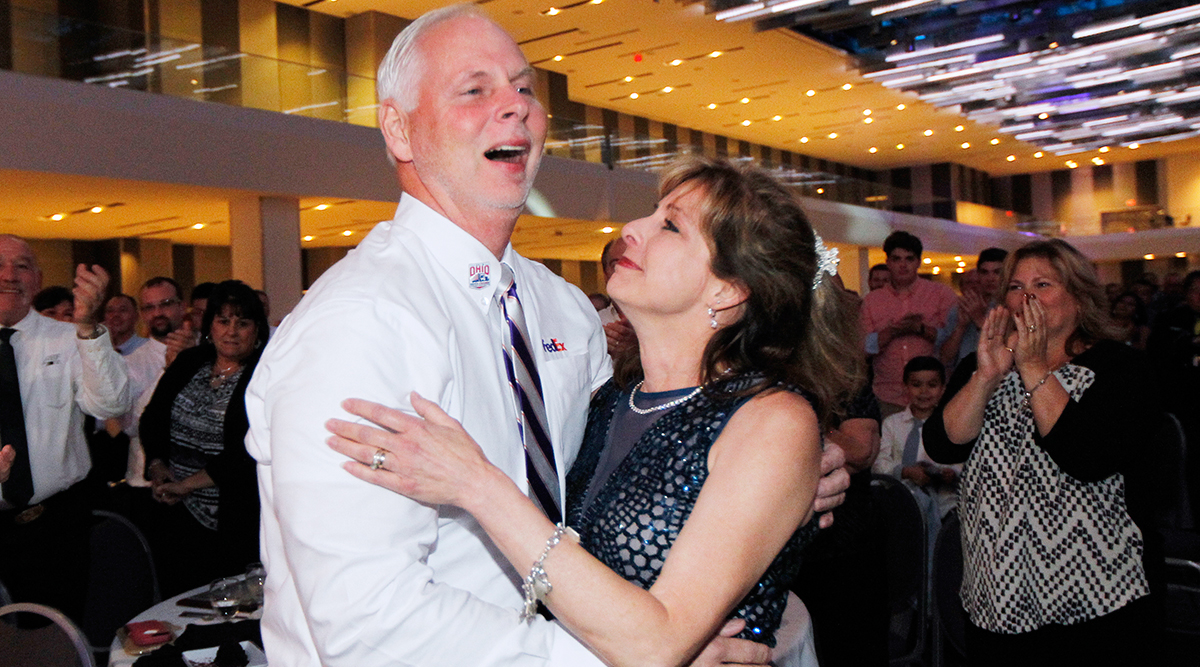 COLUMBUS, Ohio — The driver from FedEx Freight whose friends and colleagues often refer to as “the LeBron James of Trucking” earned top honors at the 81st National Truck Driving Championships on Aug. 18.

PARADE OF TITLEISTS: The Champions of NTDC 2018

At an elaborate banquet at the Greater Columbus Convention Center, Ohio’s Scott Woodrome was named this year’s Bendix Grand Champion, defeating 423 elite truckers from around the country in a grueling four-day competition.

The tournament consisted of a written exam, a pre-trip inspection and a driving course.

Coming into this year’s tournament, Woodrome was a heavy favorite to win his class. He took home top honors in Tank Truck in 2017, and in 2015 he won Flatbed. Prior to this year, he had qualified for nationals a dozen times. Before advancing to the final round earlier in the day, he told Transport Topics he felt he was performing at a high level on a course most of the competitors described as challenging. 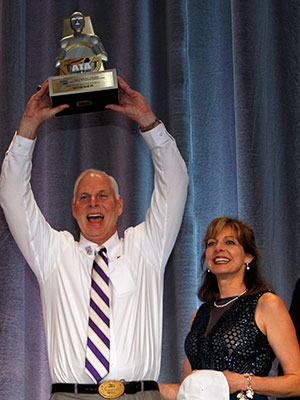 “We all work together for safety. And it’s making a difference,” Woodrome told the audience at the awards ceremony. He brought his wife, Lorraine, to the stage. “This truly breeds safety and makes each one of us better each day and every day when we’re on the highways.”

Immediately after his speech, he told TT the winning formula at the tournament was, “That God gives you the abilities and I’m so thankful he’s blessed me with the abilities to do what I do.”

Woodrome, who is from Middletown, Ohio, has nearly 2 million safe miles. After winning his third state title in May, he told TT “perfect practice” was the key to success at truck safety competitions. He said colleagues refer to him as LeBron James because his determination to attain excellence is akin to that of the basketball superstar.

“A lot of people say practice makes perfect, but I like to say you need to practice perfect to make perfect,” he said in May. “Sometimes you gotta do things that other people would maybe look at and say, ‘Well that’s a little bit too much.’ ”

“This process began with thousands of drivers competing at the state level, but only one driver can emerge as overall Grand Champion, and it’s a testament to Scott’s commitment to safety and his craft that he was able to take home top honors this year,” Spear said.

FedEx put on a strong showing at the awards ceremony, winning seven of the nine classes. Joining Woodrome on the list of national champions are:

2018 NTDC Final Standings by on Scribd