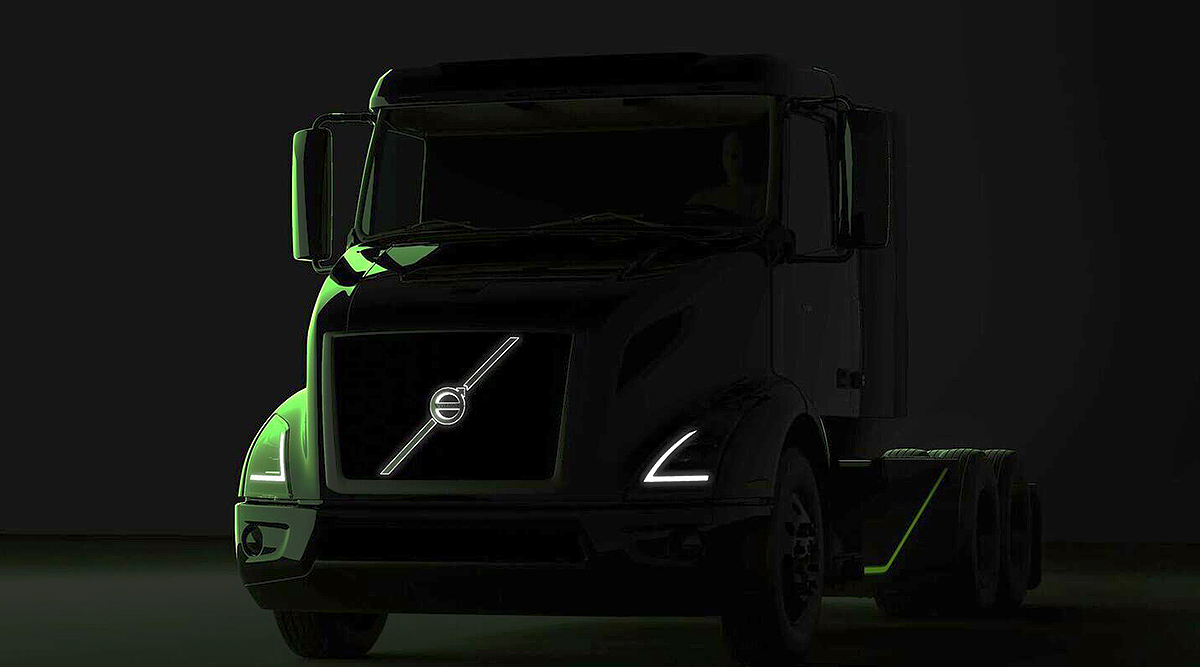 WASHINGTON — Volvo Trucks will bring electric-powered commercial trucks to North America next year by introducing a battery-electric version of its VNR regional-haul model.

The truck manufacturer said it will first deploy the zero-emissions VNR Electric tractor in 2019 through demonstrations in California and will begin selling the vehicle across North America in 2020.

Volvo made the announcement here Dec. 11 during a roundtable discussion with industry press hosted by Peter Voorhoeve, the new president of Volvo Trucks North America.

“We are proud to announce the Volvo VNR Electric, designed to support cities focused on sustainable urban development and fleets operating in a range of regional-haul and distribution operations,” said Voorhoeve, who began his current role Sept. 1.

Volvo did not reveal the truck’s final design or its range and weight, but said the vehicle will be based on the battery-electric powertrain used in its FE Electric cabover model for the European market. 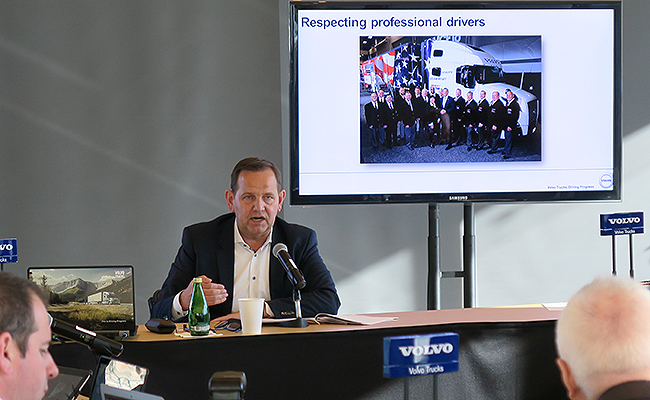 The truck maker plans to deploy 23 of its VNR Electric models in Southern California through a project dubbed Volvo LIGHTS, or Low Impact Green Heavy Transport Solutions. The project, aimed at reducing greenhouse gas emissions, is a partnership between Volvo Group and California’s South Coast Air Quality Management District as well as other companies involved in transportation and electrical charging infrastructure. The California Air Resources Board preliminarily awarded $44.8 million to SCAQMD for the initiative.

Volvo is working with two fleet customers — NFI Industries and Dependable Highway Express — to put the demonstration trucks on the road.

The electric-powered tractors will be used in local and regional drayage, urban distribution and regional haul, Volvo said.

Voorhoeve described Volvo LIGHTS as an “end-to-end” approach to electrification that addresses not just the vehicle, but also the charging infrastructure and other factors needed to make these vehicles work in real-world freight operations. 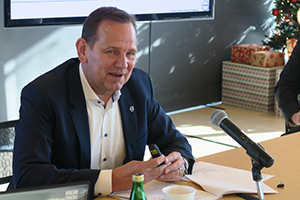 Volvo executives said the project will be an opportunity for the industry to build more knowledge about electric-vehicle technology and how to apply it to trucking applications.

“Electric trucks bring many unknowns, and our holistic focus through the LIGHTS project will help our fleet partners transition securely and smoothly based on their individual needs regarding driving cycles, load capacity, uptime, range and other parameters,” said Johan Agebrand, VTNA’s director of product marketing.

Earlier this year on the other side of the Atlantic, Volvo unveiled the FE Electric and another all-electric model, the FL Electric, and announced plans to start selling those trucks in Europe in 2019.

While Volvo could have brought those European-style cabovers to North America, the company decided instead to use its global electric powertrain technology in a domestic model after a “very thorough investigation” of the applications and the market, said Magnus Koeck, VTNA’s vice president of marketing and brand management.

“We came to the conclusion, not just for the LIGHTS project but for the long-term solution, that the VNR is the one we will commercialize,” he said.

In June, Freightliner Trucks introduced battery-electric versions of its heavy-duty Cascadia and medium-duty M2 models, with series production slated to begin in 2021.

.@VolvoTrucks will bring its electric-vehicle technology to North America in the form of the VNR Electric, with commercialization set for 2020. pic.twitter.com/PyiE2UXaAF