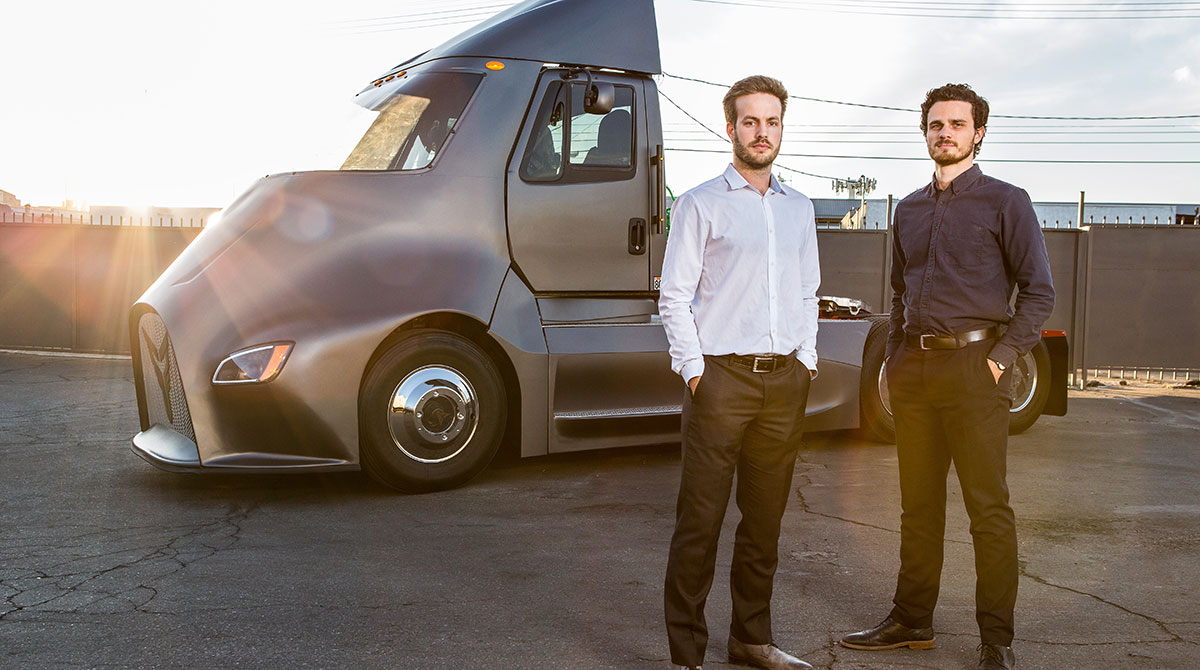 Thor Trucks Inc., a startup not quite 2 years old, will manufacture electric-battery Class 8 trucks beginning next year, according to the Los Angeles-based company. At the same time, California has a new multimillion-dollar funding stream to proliferate such vehicles and encourage additional manufacturers to make them.

Thor intends to market in 2019 the ET-1, a battery-electric Class 8 day cab that will have a 100-mile range and cost $150,000. Through savings — and not public subsidies — the truck will pay for itself in three to four years, according to the company, which also is exploring opportunities in China and Europe.

Another Class 8 costing $250,000 with a 300-mile range is planned as part of Thor’s strategy of relying on contract manufacturing and alliances with existing suppliers instead of a factory of its own and vertical integration of key components.

“We have established manufacturing agreements with two different manufacturing facilities in the Midwest, and that’s where we will be doing our series production,” Thor CEO and co-founder Dakota Semler said during a conference call hosted by investment firm Stifel, Nicolaus & Co. 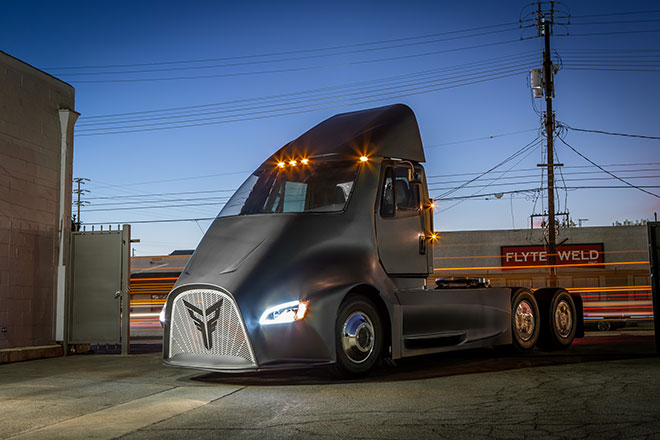 One of the agreements has been solidified; the other is in process, Semler said June 27 during the call.

“And beyond that, there is obviously some engineering process that has to be done to integrate the trucks into those production lines,” he said. “But 2019 is very realistic to achieve our goals for production.”

Thor is placing the majority of its focus on drayage, food and beverage delivery, and less-than-truckload fleets, Semler told Transport Topics.

Meanwhile, Thor and other new manufacturers of alternative-power trucks stand to benefit from a portion of California’s $423 million share of the Volkswagen Environmental Mitigation Trust. The trust was established after VW’s use of software designed to cheat during emissions tests in 2.0- and 3.0-liter diesel vehicles, and funding is available to states where those cars ran.

The California Air Resources Board announced it intends to use $90 million of California’s overall share to replace eligible Class 8 freight trucks and port drayage trucks with new zero-emission technologies.

“While zero-emission Class 8 trucks are commercially available today, manufacturer diversity is limited. The focus of this funding is to support the market introduction of zero-emission trucks from a wide range of manufacturers that will be deploying trucks in the next five years,” according to the state’s plan.

One industry executive said vast changes in trucking were at hand.

“There are a lot of ideas coming out now that can help simplify the complexity in the marketplace,” said Gerry Mead, executive director of innovations for Phillips Industries.

“When you look at electric trucks in general and you look at the operational cost for a trucking company, maintenance is a very large part of that, and you can lump in diesel fuel with that,” Mead said. “So if you have the ability to take a really large cost item and drastically cut it out of your [operation], obviously that improves your bottom line.” 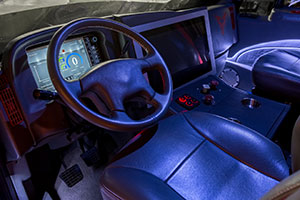 “These key engineering differences mean that Thor’s battery is one of the most energy-dense on the market, so much so that it is competitive on a shorthaul basis with diesel engines in terms of energy efficiency and cost,” Sordoni said.

Thor is using cylindrical-shaped nickel, cobalt and manganese (NCM) batteries whose cost already is below $400 per kilowatt hour, Semler said. “The price tier that we have to get below, and we have a clear path to that, is $200 a kWh. The reality is there are very few people selling battery packs at that $200 kWh price range. So we have basically focused on trying to achieve that so that we could achieve a market-viable truck. And we expect to hit that in the early part of 2020.”

Thor will warrant that its batteries operate for 2000 cycles, Semler said. “Two thousand cycles is just the period in which we warrant the pack to retain 80% of its original rated capacity.”

Some fleets have agreed to purchase demonstration vehicles to use at Southern California ports.

Drayage occurs in an area that is “pretty seeded with utility infrastructure so we don’t have too many issues there deploying charging systems,” Semler said.

If needed, Thor will consult with fleets on the necessary charging infrastructure, which can run from $25,000 to $100,000, he said.

“We all aim to be aggressive in this space in order to compete with diesel,” Semler said.

All the traditional heavy-duty truck makers that sell in North America also are developing electrified vehicles in existing models. Plus Tesla Inc., and Nikola Motor Co. are readying new trucks for sale and tests, respectively, in 2019. Toyota Motor North America has a pilot project underway using a hydrogen-electric Class 8 truck at the Southern California ports.