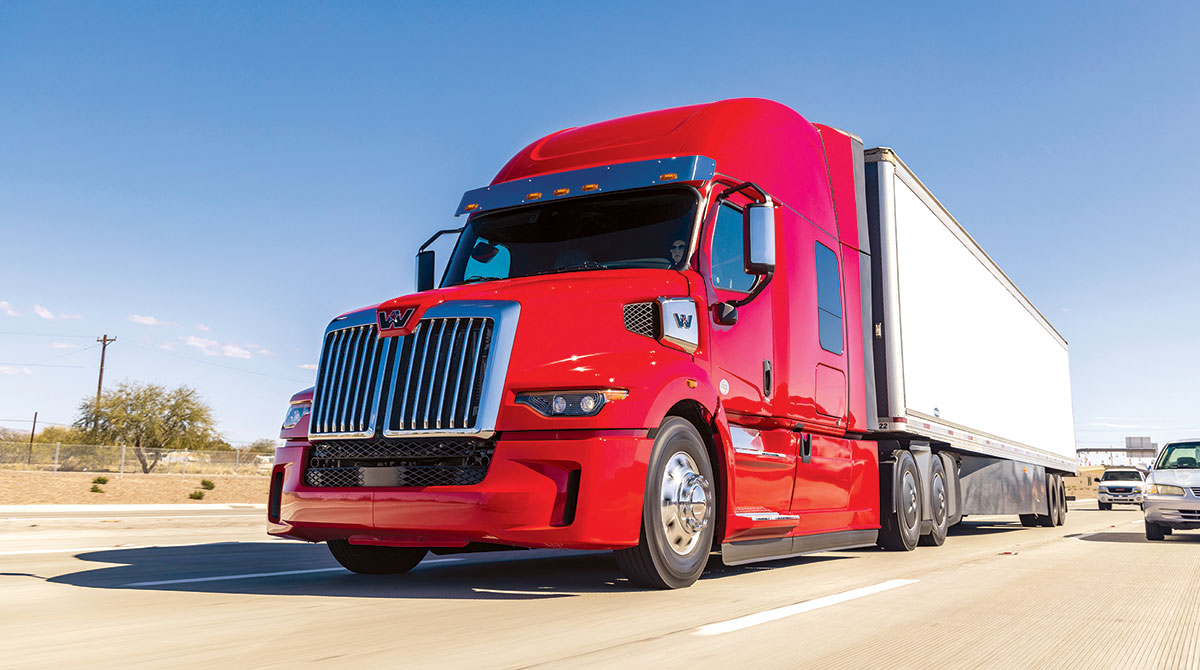 While truck manufacturers make advances in battery electric and hydrogen fuel cell technology, they also are making fuel efficiency and aerodynamic improvements to their diesel offerings that will form the backbone of the trucking industry for years to come.

Those improvements will help manufacturers stay compliant with environmental regulations such as the U.S. Environmental Protection Agency’s updated standards for nitrogen oxide (NOx) emissions, which are set to take effect in 2027.

“Who knows how the whole electric side plays out, but the one certainty in this is that fleets use diesel today, buy diesel trucks today, they’ll be buying them in 2027 and beyond,” said Mike Tunnell, senior director of energy and environmental affairs at American Trucking Associations.

Meanwhile, manufacturers have been making refinements to trucks currently on the road.

Peterbilt’s Model 579 features a number of aerodynamic refinements including a new hood, a redesigned air dam below the bumper and better flow around ground skirts and rear wheels, according to the company’s website. Peterbilt’s sister company, Kenworth, last year announced that the new Paccar TX-18 and Paccar TX-18 Pro automated transmissions were available for order for Class 8 models.

Volvo Trucks last year introduced its I-Torque powertrain system, which offers up to 31% greater efficiency range between 55 and 85 miles per hour. The system includes the D13 Turbo Compound engine, the I-Shift automated transmission and I-See predictive cruise control. I-Shift selects direct drive or overdrive to maximize fuel efficiency, and with I-See it uses map-based road topography to increase fuel efficiency. The truck knows when an uphill climb is approaching and downshifts to a lower gear so it won’t change gears during an ascent. As the truck nears the downhill slope, it disengages either the powertrain or engine brake to avoid unnecessary acceleration or brake application.

Freightliner Trucks since its 2021 model year has been offering a new DD15 Gen 5 engine, which improved downspeeding along with the company’s DT12 transmission. The engine is composed of nearly 50% new components compared to the previous model year, allowing up to 3% improvement in fuel efficiency. 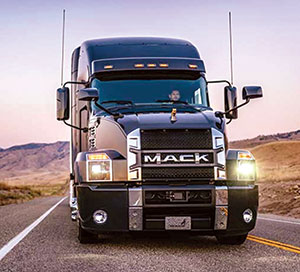 Mack has upgraded some of its offerings. (Mack Trucks)

Western Star last August introduced its new Western Star 57X, which the company says is 5.8% more fuel efficient than its predecessor, the 5700XE. The company described the new model as its most fuel-efficient truck ever. Its Intelligent Powertrain Management system adjusts to terrain and road conditions. In addition to a more efficient powertrain, the truck comes with improved aerodynamics.

International Truck in August introduced its updated International LT Series, which offers improved aerodynamics and the option to specify the company’s new S13 Integrated Powertrain. The company said the powertrain increases operating efficiency, reliability and durability, and that it’s the lightest on the market, offering up to a 15% gain in fuel efficiency when combined with the manufacturer’s updated LT Series aerodynamics package.

The engine uses selective catalytic reduction technology to reduce emissions and has no exhaust gas recirculation cooler. Instead, it flows all of the exhaust to the turbocharger in normal conditions. The company said that eliminating exhaust gas recirculation better burns fuel and lets cleaner air enter the combustion chamber. The elimination of the EGR cooler reduces the soot and particulate matter generated, while the design eliminates the requirement for active diesel particulate filter regeneration.

Among the diesel-powered trucks turning heads recently is the Peterbilt SuperTruck II demonstrator model, which the company unveiled in October at ATA’s Management Conference & Exhibition in San Diego. 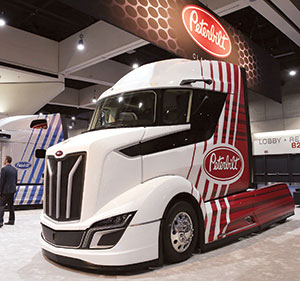 The truck features an aerodynamic design with a center driver’s seat position, a 48-volt “mild hybrid” powertrain that generates electricity for auxiliary functions and a lightweight chassis that automatically lowers the truck at highway speeds.

A “disconnect” tandem drive axle can operate as a 6x4 or 6x2 configuration. At high speeds, one of the axles is disengaged for greater efficiency.

The U.S. Department of Energy’s SuperTruck II initiative was launched in 2016 to give participating manufacturers an opportunity to demonstrate improvements in freight efficiency that could eventually make their way into production models.