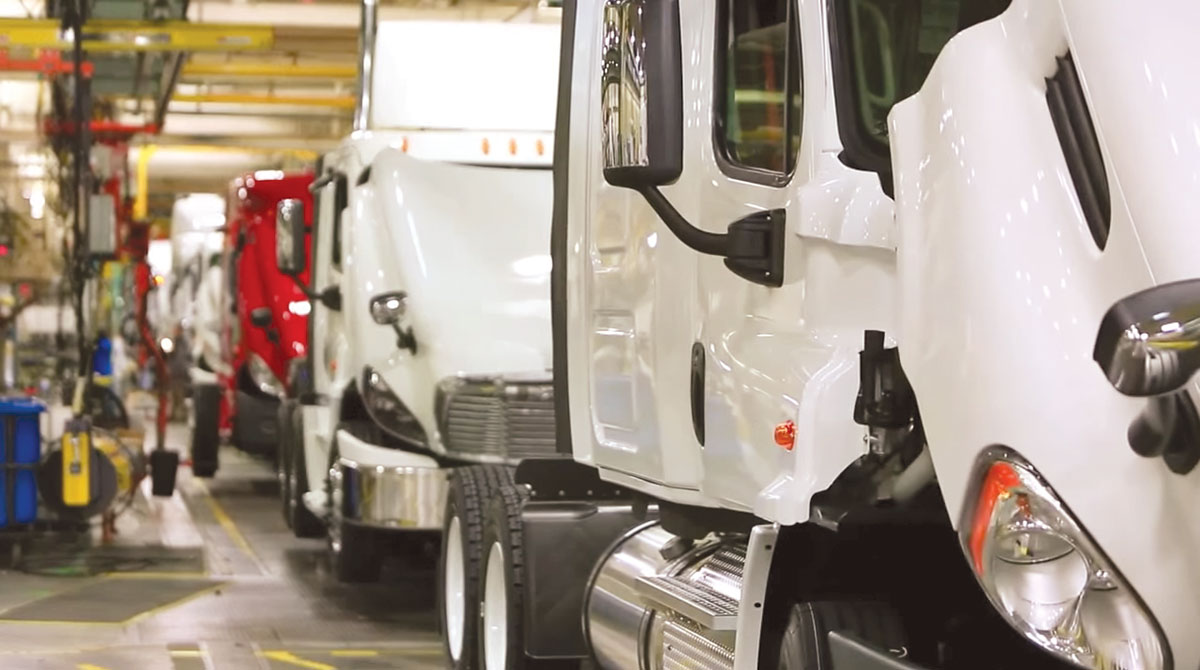 Trucks in production at the Cleveland, N.C., truck plant. (Freightliner via YouTube)

Class 8 truck production and sales increased in 2022 and won’t fall off a cliff in 2023, industry experts said, but the coming year still promises some uncertainty, of course.

Key variables for the year ahead include whether unmet demand for new equipment continues, the state of freight volumes and carrier profitability, and the potential for further disruptions to recovering supply chains — all of which will determine how many orders heavy-duty truck makers slot and how many trucks they build and then sell.

“While the freight markets remain lackluster at the moment, there is still a significant need to replace aging equipment,” Jonathan Starks, CEO of the transportation intelligence firm FTR, said as the year ended. “This will help sustain high production and sales volumes well into 2023,” building on truck makers’ “strong improvement over the last several months in getting completed units out the door.”

Kenny Vieth, president of ACT Research, also cited strong demand for equipment, “and with inflation metrics moderating, we are now more convinced that first-half build rates will be sustained deeper into the second half of 2023.” 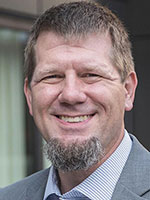 Another industry analyst weighed in on the most likely customers for new trucks this year.

“Looking ahead into the first half of 2023, we expect most of the incremental demand for heavy-duty trucks to continue to come from larger fleets,” said Dan Clark, head of vehicle and equipment finance at BMO Commercial Bank, “at least until spot freight rates find a bottom, which may not happen until well into the new year.”

Despite the uncertainty surrounding freight demand and the broader economy, truck manufacturers and industry suppliers are investing heavily in new products, alternative power and emerging technologies.

The introduction of Cummins Inc.’s new 15-liter natural gas engine in late 2023 is expected by advocates to accelerate the transition of heavy-duty fleets that have begun their deployment of renewable natural gas as an alternative to diesel while also bringing on new fleets that were waiting for the higher powered engine.

Adam Comora and Jonathan Maurer, co-CEOs of RNG supplier Opal Fuels, noted that large fleets such as UPS Inc. and Amazon.com Inc. have moved to secure long-term supplies and service for RNG. They see 2023 as the year others in the transportation industry will move swiftly to do the same.

Under the recently enacted federal Inflation Reduction Act, electric commercial vehicles in 2023 are eligible for a tax credit equal to the lesser of 15% of the taxpayer’s basis in the vehicle or incremental cost of the vehicle — if the vehicle meets certain requirements. The amount of the credit is capped at up to $40,000 for trucks with a gross vehicle weight over 14,000 pounds.

Truck maker Traton Group, whose brands include Navistar’s International Truck, has said the future of the logistics industry belongs to battery-electric and autonomous vehicles, but that does not make the company’s common base engine — its new 13-liter diesel — “yesterday’s news.”

“Depending on region and area of application, it will take these innovative technologies several years to gain wide market coverage. Until that is the case, the CBE is helping to make heavy-duty commercial vehicles more cost-efficient and to reduce their emissions,” the company stated in a release. “At the same time, it is laying the foundation for future projects across the entire Traton Group as a modular engine born out of collaboration between the brands.”

Hyliion Holdings Corp., a provider of electrified powertrain systems for Class 8 trucks, said it plans to introduce a truck that relies on its fuel-agnostic Karno power system, which it acquired from GE Additive, a unit of GE.

“We’ll work on commercializing the truck product and work on a stationary solution for providing power to EV chargers as well,” CEO and founder Thomas Healy said. 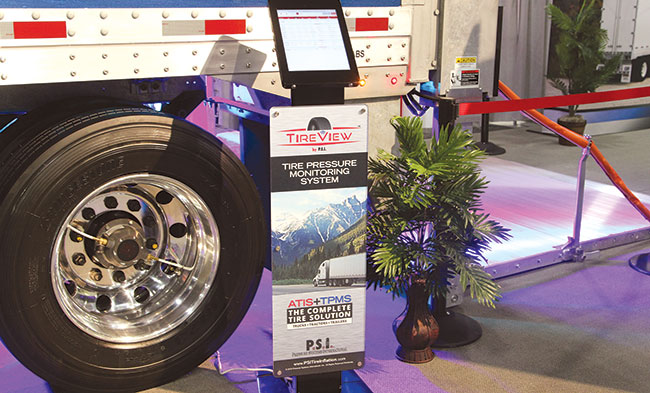 A P.S.I. exhibit at an industry show. (John Sommers II for Transport Topics)

Truck manufacturer Paccar Inc. said its parts business and the “stickiness” of its connection with customers will be key elements of its plan to grow its Classes 6-8 market share in 2023.

Paccar CEO Preston Feight said the company is not making a decision to go all-in now on emerging technologies such as hydrogen fuel cells, hydrogen internal combustion engines or NMC (a combination of nickel, manganese and cobalt) batteries.