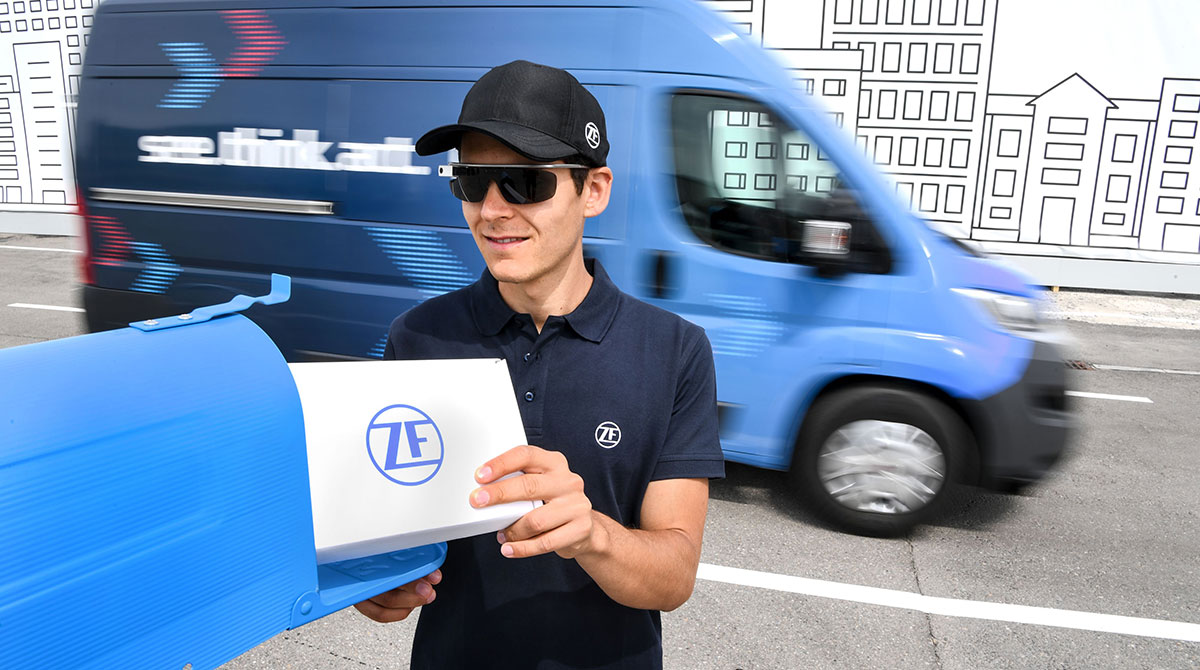 Commercial vehicle supplier ZF Friedrichshafen AG announced it would spend 12 billion euros over the next five years on its e-mobility and autonomous driving technologies aimed at a logistics industry in need of new vehicles to deal with rising delivery volumes and clean air issues.

Series-ready production on its Innovation Van is scheduled within the next two years, according to the Friedrichshafen, Germany-based company.

“We are revolutionizing the last mile so that packages can be delivered more cleanly, safely and on-time,” ZF CEO Wolf-Henning Scheider said. 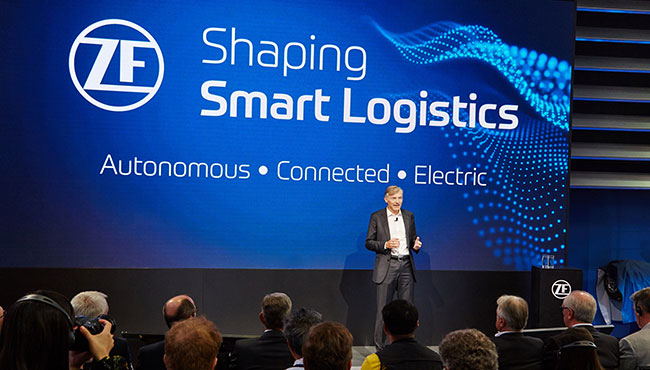 The all-electric van will be equipped with Level 4 — high automation — autonomous driving functions and be designed to independently maneuver through city centers, stay in its lane even if without road markings, recognize traffic lights and road signs, and react to sudden hazardous situations.

Scheider added: “We are already in concrete negotiations with several customers” for the van, which is based on its high-speed super computer ProAI, as well as its sensor set consisting of camera, radar and lidar technologies.

The van can detect and drive around obstacles such as double-parked vehicles. Its FollowMe function allows drivers to use a tablet-based remote control. If two addresses are close enough that it makes more sense for the delivery driver to stay on foot, the Innovation Van will follow the driver as if on a virtual leash.

Also, if parking isn’t available at a certain address, the driver can send the vehicle ahead to the next stop, where it will look for a parking space on its own to avoid congestion caused by double-parked delivery trucks.

At the same time, “Driverless transport vehicles and automated functions will play a significant role, particularly in zoned areas like company terminal yards, forwarding company depots or air and sea ports,” Scheider said. “In the near future, we will be seeing more autonomous vehicles in such zoned areas faster than on public roads. The cost, safety and efficiency benefits for customers will make a difference here.”

These vehicles can autonomously maneuver and swap trailers and containers.

ZF also is accelerating the electrification of the powertrain in these and other commercial vehicle segments.

It has field-tested its TraXon hybrid commercial vehicle transmission with DAF Trucks, a unit of Paccar Inc. — noting a potential fuel saving of 5-7%.

ZF has received orders for more than 1,000 of its AxTrax AVE electric portal axles for use on buses, and has received a volume-production order for its new CeTrax electric central drive, suitable for buses and trucks, for deployment in shunting vehicles.