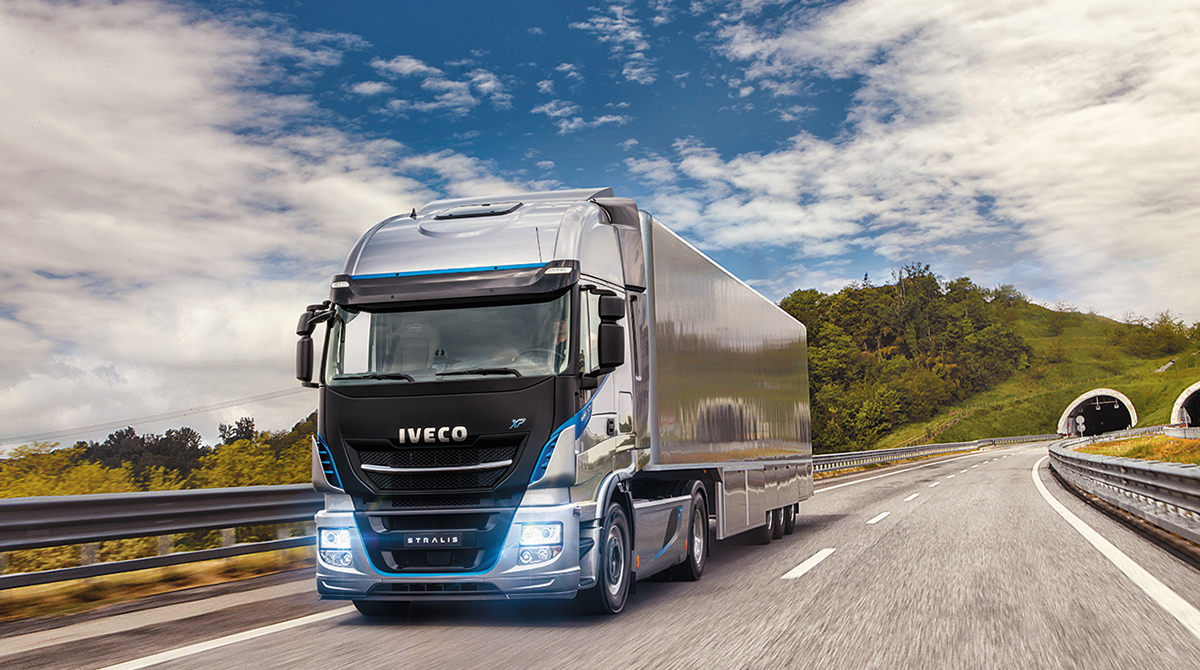 Wabco Holdings Inc. announced partnerships with truck makers and technology companies as well as new safety systems, among others.

It made the announcements at the 2018 IAA Commercial Vehicle Show in Hanover, Germany.

Italian truck maker Iveco will use Wabco’s most advanced driver-assistance systems on its Stralis and Eurocargo trucks, including OnGuardActive and OnGuardMax as well as its ESCsmart electronic stability control and braking systems.

The new radar sensor on OnGuardActive offers the commercial vehicle industry’s longest radar detection range, as well as the widest near-range field of view, according to Brussels-based Wabco. It now can provide up to full autonomous emergency braking on moving and stationery vehicles from a highway speed up to 49 mph even in poor visibility conditions.

OnGuardMax uses the radar sensor integrated with a new jointly developed Mobileye camera. This system further differentiates itself by enabling autonomous collision avoidance with pedestrians intruding in front of the vehicle at speeds up to 12 mph.

“We are delighted that Iveco has chosen to collaborate with us to support their leading truck brands,” Jorge Solis, Wabco president of Truck, Bus and Car OEM Division, said in a statement.

Under the agreement, RIO will leverage Wabco’s advanced fleet management solutions within its fast-growing cloud-based connectivity environment to support the European logistics industry.

The agreement extends Wabco’s FMS portfolio into a fully digital, cloud-based open platform for freight transport that supports all brands of truck, according to the company.

RIO, which is rapidly expanding its customer base across Europe, matches leading suppliers with tailored solutions to support fleets and enable them to “pick and choose” from a broad range of cutting-edge digital tools.

It signed a memorandum of understanding with automotive supplier Valeo to develop sensor technologies helping pave the way for Valeo to supply Wabco with advanced short and midrange sensors, including 77GHz radar and solid-state lidar for the next generation of advanced driver assistance systems, among the key building blocks for vehicle autonomy.

The first market application using Valeo’s sensing technologies will be Wabco’s OnCityAlert, an urban driver-assistance turning solution that uses Valeo’s 77GHz radar technology to constantly monitor blind spots on the passenger side of the vehicle even in low-visibility conditions.

On average, traffic accidents involving heavy trucks in the European community result in about 7,200 fatalities and more than 100,000 injuries each year — 23% of all traffic-related severe injuries involve unprotected road users and of that number, 20% occur during a turning maneuver to the near side.

At the show, Wabco presented a prototype of its first electric trailer equipped with an intelligent electric motor and its associated control system that connects truck and trailer vehicle controls.

The eTrailer prototype captures electric energy during braking, which can then be reused to power the vehicle’s traction or operate onboard electric auxiliaries.

Commercial fleet operators that connect eTrailer to a truck equipped with Wabco’s intelligent braking and stability control systems will further enhance the operating efficiency of the truck-trailer combination.

These truck-based systems include:

The company estimates that its eTrailer could deliver fuel savings up to 20% on shorthaul routes and up to 10% for longhauls in a truck-trailer combination.

It announced its first simultaneous release of a complete new generation of high-performance single-piston air disc brake for trucks, buses and trailers worldwide.

With 20% fewer parts than the current design and more than 4% fewer parts compared with other ADB brands, the platform offers superior reliability and an excellent weight-performance ratio. The compact design offers an outstanding average weight of 77 pounds per ADB in a 6×2 wheel truck application — 26 pounds less per truck than other manufacturers’ European heavy-duty ADB systems.

Wabco is a global supplier of technologies and services that improve the safety, efficiency and connectivity of commercial vehicles.