OEM Highlights Its Own Pathway Toward Electric Trucks at IAA 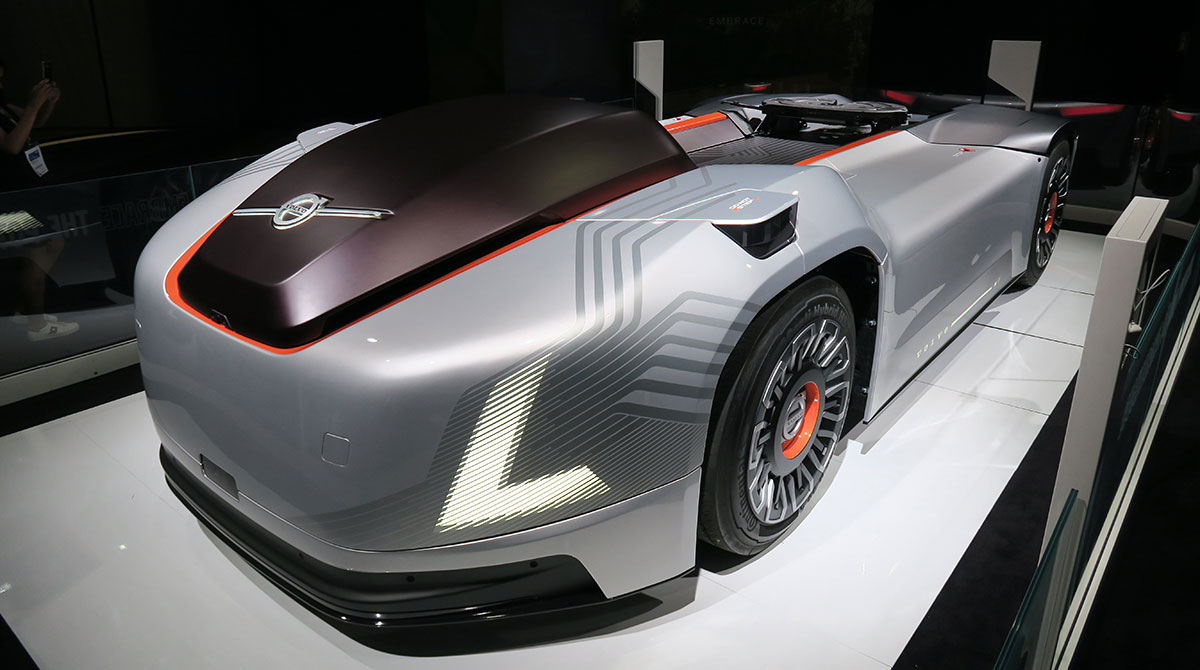 HANOVER, Germany — Volvo Trucks exhibited an autonomous truck concept that entirely removes the cab from the tractor and highlighted its investments in electric vehicles at the IAA Commercial Vehicles show.

“With rapid advances in electromobility, automation and connectivity, the boundaries of what can be achieved are shifting continuously,” Volvo Trucks President Claes Nilsson said during the company’s Sept. 19 press conference at IAA here.

Volvo’s autonomous truck system, named Vera, incorporates all of those trends. The concept relies on autonomous, electric-powered, cabless tractors that are wirelessly connected to a control center.

“We believe that the global demand for transport will continue to rise, and we need to find new solutions to meet those needs in a sustainable way,” said Mikael Karlsson, vice president of autonomous solutions, who pointed to the industry’s shortage of professional truck drivers as another critical factor to consider.

However, Vera would only be deployed in specific, limited applications that would complement rather than replace today’s vehicles.

Volvo presented the concept for the first time a week earlier, in Berlin.

Sasko Cuklev, Volvo Trucks’ director of autonomous solutions, said Vera was designed for operations with dedicated routes over relatively short distances, low travel speeds and high volumes of goods. Examples include repetitive routes from one logistics hub to another, or port drayage operations.

“There is where we think that this will be suitable,” he said.

Potential use cases could involve routes that traverse public roads, likely in largely industrial areas, but other cases might be confined to private sites.

Maximum speed would depend on the application, but about 25 mph would be typical, Cuklev said. The vehicle itself is outfitted with lidar, cameras and radar sensors to detect its surroundings.

As the unmanned tractors pull trailers along their dedicated routes, a control tower would monitor the health of the vehicles, the capacity of batteries and information about the load.

Cuklev said Volvo also foresees a need for some degree of remote control operation in the event of something unexpected, such as a fallen tree blocking a road.

Although these vehicles would operate with no one onboard, Cuklev made it clear that Volvo does not see Vera eliminating jobs.

Truck drivers, he said, will remain essential for the foreseeable future.

“We believe we will need more drivers in the future than we have today,” he added.

We see a very strong potential for these vehicles going forward.

Trends such as urban growth and the expansion of e-commerce indicate that transportation needs will increase in the future, but Vera could help the industry cope with that challenge, Cuklev said.

While autonomous truck concepts such as Vera still hinge on factors such as regulation and public acceptance, the broader adoption of battery-electric trucks appears to be imminent, at least in some applications.

It wasn’t long ago when the notion of electric-powered trucks was regarded as a futuristic vision, Nilsson said, but now that vision is becoming reality.

Earlier this year, Volvo launched battery-electric versions of its FL and FE models, which the company will begin selling in Europe next year.

Those two electric trucks are designed for waste management and city transport, but “there is more to come,” Nilsson said. “We see a very strong potential for these vehicles going forward.”

“LNG is currently the best alternative to diesel for regional and longhaul transport,” he said.

“Over the coming years, we will see a rapid increase of electric commercial vehicles, primarily in the cities, where full electric trucks can contribute not only to improved air and noise quality, but also to increased transport efficiency,” he said.

The quieter operation of electric trucks compared with diesel models could enable fleets to shift the timing of deliveries to off-peak hours, thus reducing traffic congestion and accidents, Odermalm said.

Besides fleet management and maintenance planning, the new platform will support functions such as administration and legal compliance.