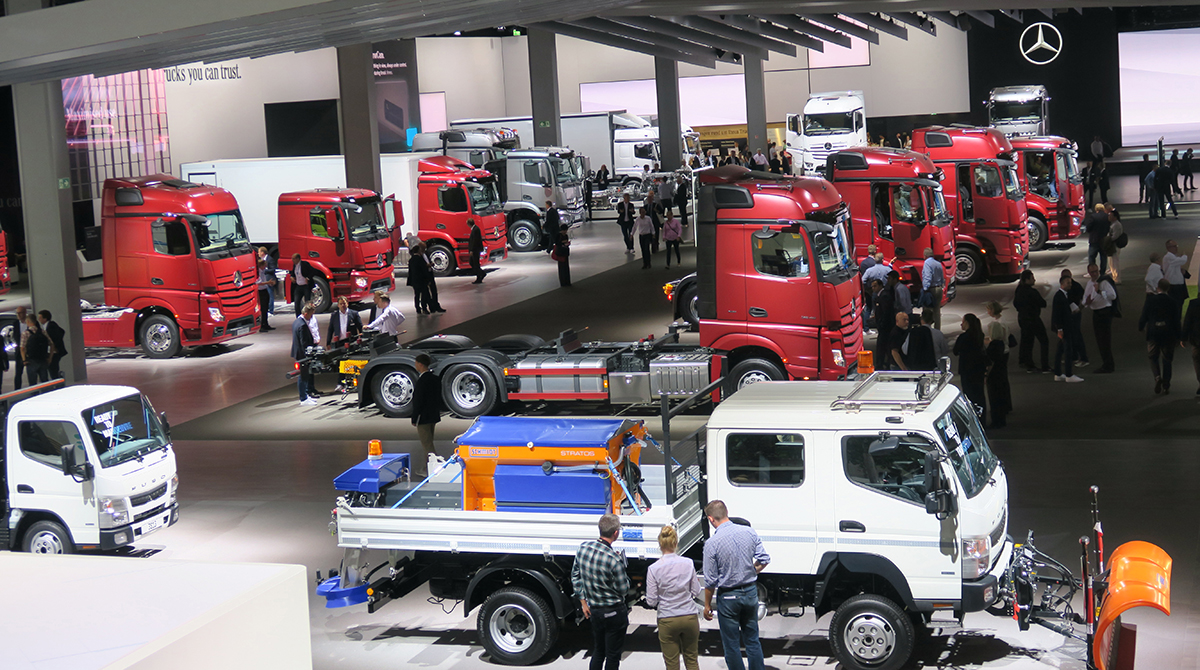 The Daimler display at IAA features everything from highway tractors to medium- and light-duty trucks and vans. (Joe Howard/Transport Topics)

HANOVER, Germany — The global truck manufacturers and suppliers exhibiting here at the massive IAA Commercial Vehicles show expressed a broadly shared vision that connectivity, automated driving and electric power are the dominant trends that will mold the future of commercial vehicles.

Navistar International displayed its trucks alongside brands owned by Traton Group, the renamed truck division of VW Truck and Bus. Traton owns a 17% stake in Navistar.

Although the vehicles and products on display at IAA generally were aimed at the European market, this biennial commercial vehicle showcase typically foreshadows the trends and technologies that are likely to appear soon in North America.

“To be sure, everything you see here will make its way to the U.S.,” Martin Daum, head of Daimler Trucks and Buses, said in a meeting with North American media on Sept. 19 about the driver-assist and safety technologies the company displayed at IAA, but held back on offering specific timing. 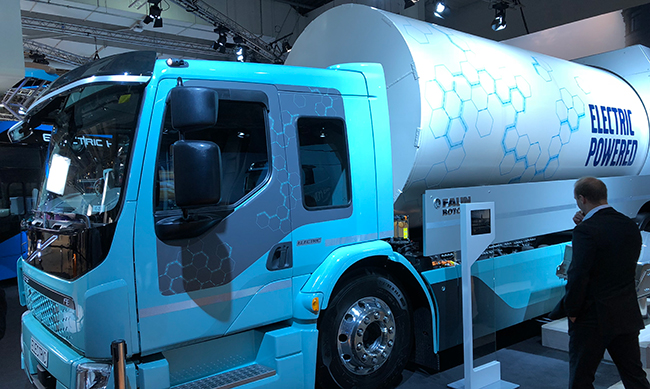 For the global market, Daimler rolled out an updated version of its Mercedes-Benz Actros highway tractor with a suite of new and updated driver-assist technologies, along with electric-powered commercial vehicles such as the eSprinter van and eCitaro city bus.

A common thread heard from many manufacturers was the notion of making technologies in trucks as indispensable and easy-to-use as a smartphone. 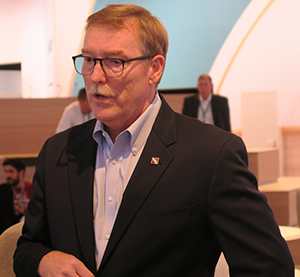 “I view the truck as an iPhone,” said Troy Clarke, CEO of Navistar International, in a Sept. 19 meeting with reporters at his company’s display. He stressed the notion that the backbone of the truck’s technology should be open-source so that developers can create apps that a variety of customers could use — just as is done with smartphones. Clarke noted that while tech companies have the expertise and staff to develop apps for commercial fleets, it’s up to his company to “work on the foundation.”

Daum also endorsed open-source development. “The times are over where you have the idea that you can save the world alone,” he told media. “Open platforms are the solution.”

A key reason, he said, is the ability to seamlessly merge truck technologies into a single, integrated system. “I think [the goal is] the convergence of systems that you have — entertainment, phone and on the trucking side a lot of logistics information on a screen — so you don’t need a second or third device in the truck,” he said.

Many manufacturers and suppliers continued to refine their driver-assist technologies, and some also outlined plans for more advanced automated driving systems to complement existing transportation modes.

Volvo, for one, exhibited its Vera self-driving truck concept, an autonomous, electric tractor with no cab that is designed for specific, repetitive routes at relatively low speeds and over short distances, in addition to its updated driver-assist products. 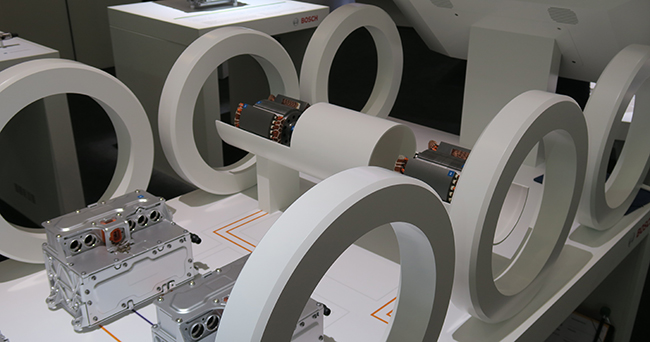 Meanwhile, Bosch sees potential for unmanned autonomous trucks that could travel between logistics hubs, creating a system that could supplement the work performed by truck drivers and help shoulder the burden of projected increases in freight demand.

Although the topics of electrification and automation also were prominent two years ago at the previous edition of IAA, the technology on display at the 2018 show made it clear that those trends have become more concrete, said Johannes-Joerg Rueger, president of Bosch’s global commercial vehicles business.

“If I compare this year to two years ago, it is much more material from our perspective,” he said, pointing out that early glimpses of electrification in 2016 have turned to numerous all-electric models on this year’s show floor. Rueger also predicted that the transportation industry of tomorrow will rely on a more diverse menu of technologies and power sources across a wide range of applications.

“The innovation wheel, if you will, is turning faster and faster,” he said.

Looking ahead, Meritor announced that its E14 electric axle will be ready for customers by 2020.