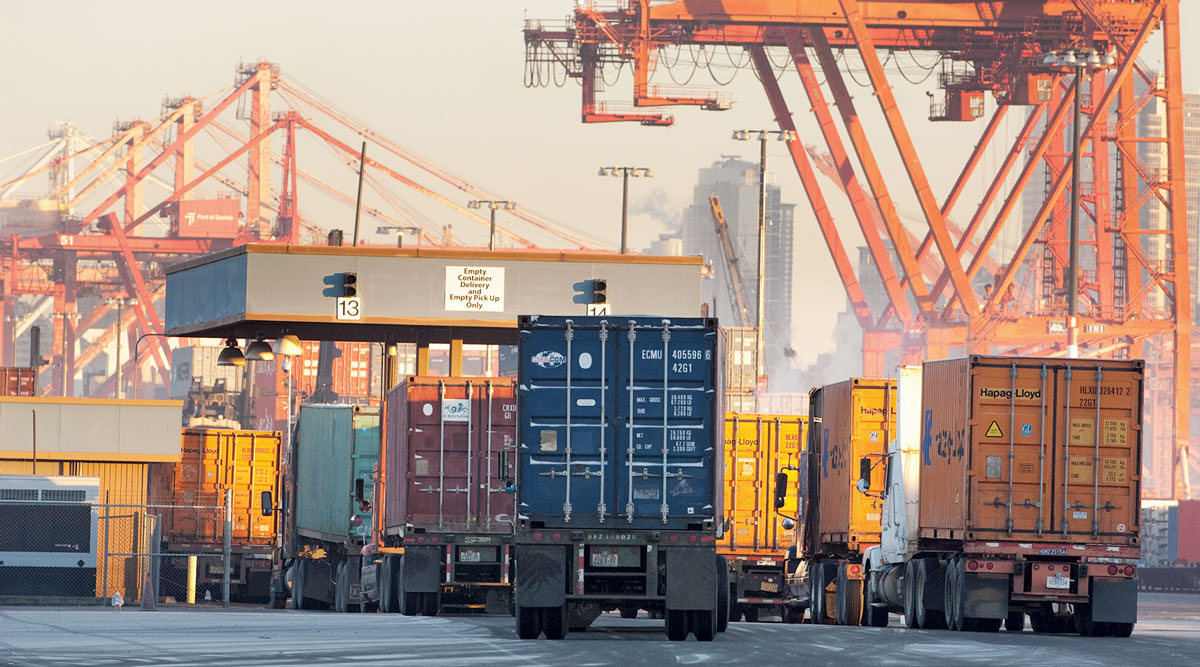 For a look at how dramatically U.S. oil consumption is roaring back, consider this: Bennie Baucham, a trucker for four decades, hasn’t been this busy in years.

Baucham is making three round trips a night with containers from the Los Angeles and Long Beach ports to warehouses in Southern California’s Inland Empire, up from two a night during more normal times. The drive is an hour each way. He has to fill the tank on his 65-foot-long 18-­wheeler every other day for all the shoes, clothing and electronics he’s moving.

“Sometimes I wonder where we’re going to put it all,” said Baucham, 66.

Whether it’s champagne, Harley-­Davidson motorcycles or new TVs, Americans keep buying more stuff, and all of it needs to get hauled to warehouses, storefronts and doorsteps in trucks that typically run on diesel.

Robust diesel consumption was a saving grace for the refining industry when demand plummeted for just about every other oil product during the first part of the pandemic. Now that gasoline use is surging and jet fuel for U.S. ­travel is showing signs of life, the staying power for diesel adds more heft to the idea that oil’s demand comeback is here to stay.

Stuck-at-home Americans rushed to online ordering in the last year, draining warehouses of their inventories. The surge never really let up. Retailers are now rushing to rebuild stockpiles in what’s being dubbed “The Great Restocking,” and diesel consumption is expected to stay strong into 2022.

“It is getting easier to see freight shipments continue at their peak-season-like levels through 2021 because U.S. consumers seem capable of sustaining the current demand for goods, even as our wallet share begins to shift toward services,” said Matthew Muenster, head economist at ­fuels consultant Breakthrough in Green Bay, Wis.

Restocking is a key factor driving increased confidence among truckers.

A Bloomberg Intelligence/Truckstop.com truckload survey of owner-operators showed that 71% anticipate load growth over the next six months, up from 50% during the fourth quarter of 2020.

“Over-the-road truckload demand is at unprecedented levels and expected to continue into 2022,” Knight-Swift Transportation Holdings said in a slide during an earnings presentation April 21.

Knight-Swift, based in Phoenix, ranks No. 6 on the Transport Topics Top 100 list of the largest for-hire carriers in North ­America.

On top of the truck demand, diesel use to haul goods by rail looks strong. CSX Corp. has said it expects sales to rise 10% or more this year from 2020 as the economy recovers. Union Pacific Corp. is also optimistic.

“At this point, there is plenty of demand left to fill shelves,” Lance Fritz, Union Pacific’s CEO, said in a Bloomberg Television interview on April 22. 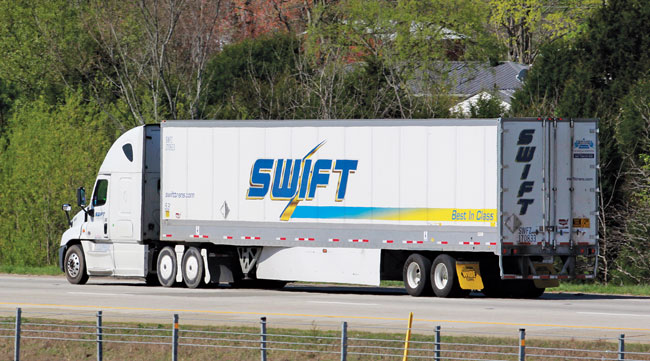 Diesel prices often see a seasonal lull in the spring, when demand for heating fuel dips and truck traffic is typically lower after the holiday rush.

Instead, average U.S. diesel ­prices surpassed the $3-per-­gallon mark at the beginning of March and have remained above that ­level since, according to Energy Information Administration data.

U.S. diesel inventories are at about 142 million barrels, down from the nearly 180 million barrels seen last summer — “a huge reduction,” said Thomas Finlon, chief operating officer at Brownsville GTR, a trading and logistics firm in Houston.

While domestic diesel demand is a bright spot, there are concerns over the pace of exports, said Debnil Chowdhury, head of Americas refining at IHS Markit.

Europe historically has been a strong customer of U.S. diesel, and the region’s slow vaccine rollout has limited its economic recovery and demand for fuel.

Another potential stumbling block lies in Texas, Chowdhury said. Crude production in the state hasn’t yet returned to full swing. Pumps and rigs used by the industry are powered by ­diesel.

Seasonal demand lifts will start kicking in later this year though, adding to the surge in trucking.

Diesel will be used to ­power farming equipment throughout the Midwest starting in late ­August and early September. That coincides with the time that demand for heat in homes starts creeping up again.

In the meantime, jammed port traffic along the U.S. West Coast points to the flood of goods that truck drivers like Baucham will have to keep moving.

“There are a lot of stocks coming and a lot of ships to work,” he said.

With assistance from Thomas Black.