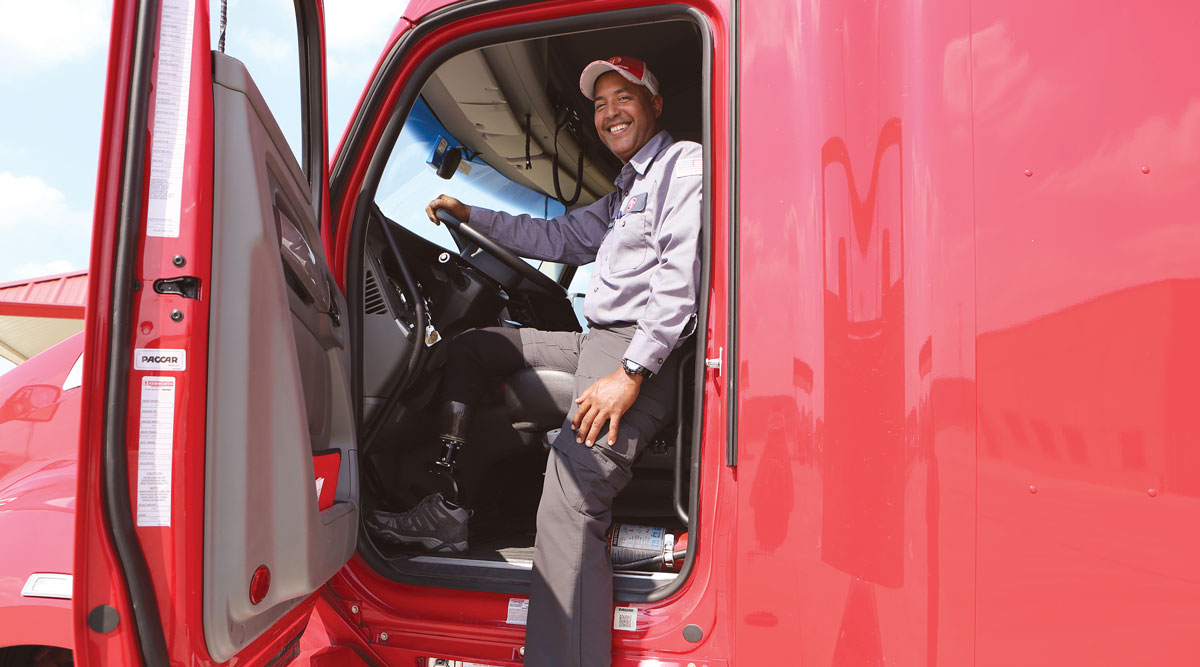 At a time when attracting and retaining professional truck drivers has become more difficult than ever, fleets are thinking differently about this persistent industry challenge.

To better compete in this tough labor market, trucking companies are not only raising driver pay, but also taking steps to enhance drivers’ lifestyles and provide a more favorable work-life balance.

“Drivers are more in demand than I’ve ever seen in my career,” said Chad England, CEO of refrigerated carrier C.R. England. “It makes it that much more important for great companies to continuously improve and have the type of culture people want to be a part of.”

Salt Lake City-based C.R. England, which ranks No. 25 on the Transport Topics Top 100 list of the largest for-hire carriers in North America, has been crafting its jobs differently to help maximize home time.

“Now we are up to 75% of our jobs in a dedicated scenario, local type of work or set runs in our over-the-road group. Those have home time of one degree or another,” England said.

In addition to increasing home time, many fleets have been shifting toward shorter length of haul, implementing driver pay increases and offering increased comforts while out on the road. 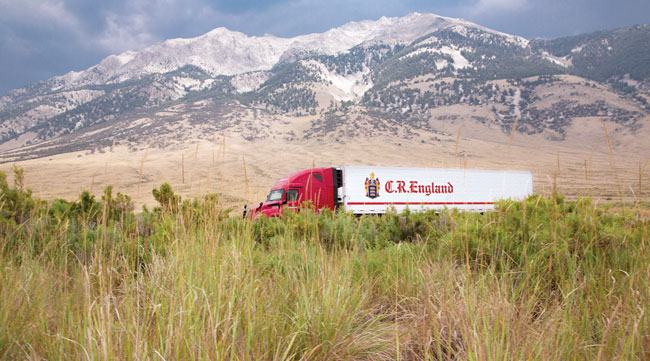 C.R. England has adjusted its operations to provide more home time for its drivers. (C.R. England)

Groendyke offers over-the-road positions that require drivers to be away from home for less than a week, on average, as well as regional and local work where drivers can be home on a daily basis.

The company communicates with its drivers to discuss their expectations and then works to meet their needs.

“It may need to change over time, so we revisit and try to accommodate drivers’ needs when life changes occur,” Hodgen said.

“For our younger drivers and those with families, home time ranks up there with pay,” he said.

To better support drivers’ requests, the truckload carrier is focusing on freight in specific lanes that enable drivers to travel through their hometowns.

“We’ve found we’re better able to take care of the drivers if we have them in the areas where we have the high lane density,” Sigmon said.

Coordinating trips home can take extra planning, “but we’re willing to do that if it makes it worthwhile,” Sigmon said, adding that the majority of Cargo Transporters’ drivers are home for their 34-hour restarts under federal hours-of-service rules.

“We have some that want to run more or run the weekends, and some drivers that want to stay out for two weeks at a time,” he said. “We have enough freight right now to let us take care of those driver needs.”

Cargo Transporters also is reexamining its average length of haul.

Liquid bulk carrier Carbon Express’ goal is for drivers to travel 250 miles out and then come back, an approach that enables most drivers to return home daily.

Some drivers prefer to be out longer, but the fleet doesn’t utilize sleeper tractors. Instead, the com­pany rents motel rooms for its drivers to improve comfort and rest, said Steve Rush, CEO of the Wharton, N.J.-based fleet.

“We’ll pick it up on Friday, but if you want it there on Monday, we want a premium,” Rush said, explaining that the driver isn’t getting home for a reset. “These are long and hard lessons for our industry, and they need to start happening.”

“For the first time since Jimmy Hoffa, the drivers have an interest in the game,” Rush said, describing ELDs and HOS as the new Hoffa. “I believe the new Jimmy Hoffa is here, and he isn’t going away.”

“Our drivers tell us they feel they have more control over their sleep patterns and feel more ­rested,” he said, adding that ELDs have forced planners to better understand what is feasible under HOS limits.

Although higher pay can attract drivers, more must be done across the transportation industry, Hodgen said.

“We need shippers, consignees, carriers and even the general public to hold drivers in the high esteem they deserve, both in words and actions,” he said.

Some fleets are focusing on no-touch freight to help optimize drivers’ productivity and pay. 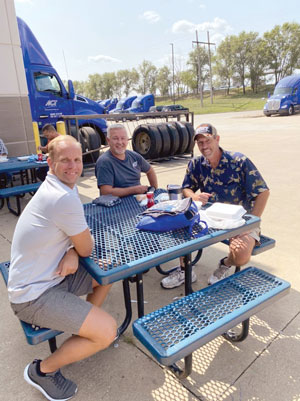 American Central Transport provides drop-and-hook jobs in which drivers do not need to wait for loading and unloading.

ACT also has become more disciplined in its lanes to maximize home time.

“If we can get high concentrations in six major cities, we can triangulate and move drivers faster,” Wilt said.

Many fleets have been raising driver compensation directly.

“When we have the opportunity to reposition the truck driving job and really pay drivers like the professionals that they are, we do it,” England said.

Fleets also are welcoming driver feedback to address their concerns and further improve their lifestyles.

C.R. England’s management is accessible to drivers through “town hall” and face-to-face meetings and video chats.

“We’ve made dozens of changes just by listening to our drivers,” England said.

To help improve drivers’ experiences, ACT collects driver feedback anonymously and in person, such as during its monthly cookouts.

“If you collect feedback, you have to respond to it,” Wilt said, adding that if a customer is disrespectful to a driver, management addresses it. 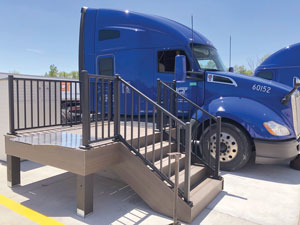 ACT has installed a truck swap-out station to make it easier for drivers to move their belongings into a new truck. (American Central Transport)

“The goal isn’t to fire the cus­tomer,” he said. “The goal is to collaborate with them and help them understand. Now is the time to get things right.”

“It is a big deal for the drivers to bring their kids around and let them meet everyone,” Wilt said.

ACT has a nurse to work with drivers on diet or lifestyle changes as well as chaplains who come in regularly and are available to assist drivers around the clock.

The fleet also recently installed a truck swap-out station to make it more convenient for drivers to move into a new tractor.

“They can walk back and forth on a platform instead of climbing up and down with their things,” Wilt said.

Cargo Transporters operates late-­model equipment and has ­added in-cab driver comforts such as refrigerators and satellite TV and radio.

Sigmon said shippers also can do their part to improve drivers’ experiences by allowing them to park at their facilities.

“I understand space is a problem anywhere,” he said, “but if shippers and receivers will let drivers park on site, that helps them so much.”

A Closer Look at the 2021 For-Hire Sector Rankings

Does Your Business Belong on Our List of Top 100 For-Hire Carriers?