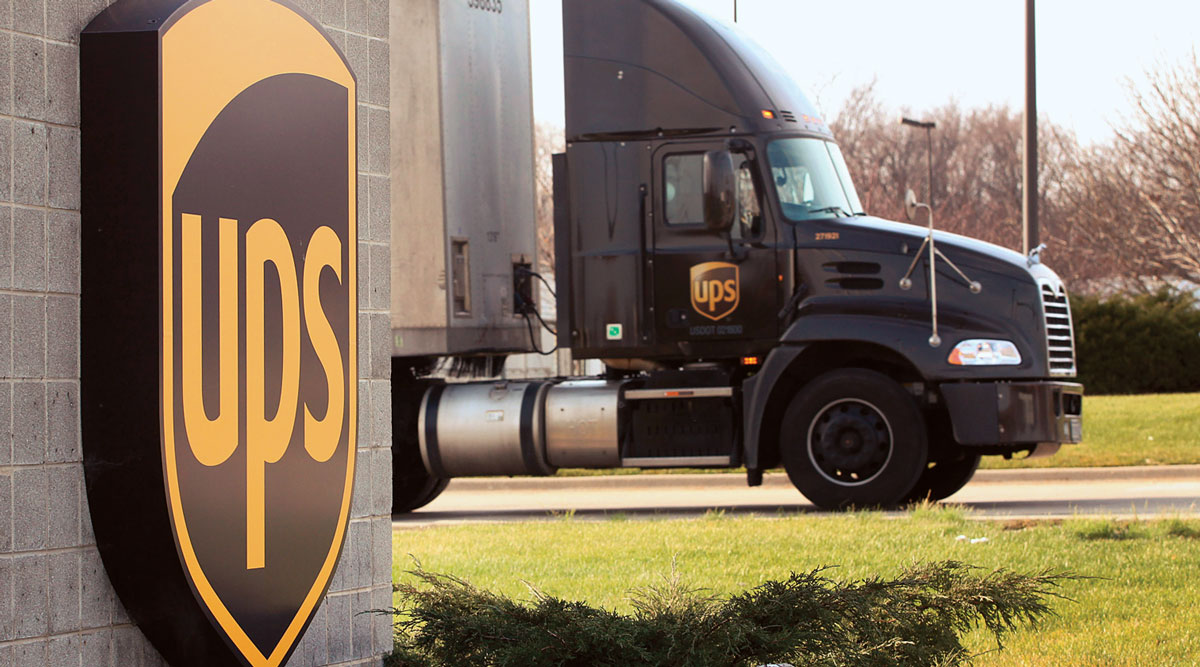 UPS, which ranks No. 1 on the for-hire list, recently sold its LTL division UPS Freight to TFI. (Tim Boyle/Bloomberg News)

As the nation continues to recover from the COVID-19 pandemic, the trucking industry has been relishing a strong freight rebound while looking forward to what many analysts expect to be a period of sustained economic growth.

This optimistic outlook is a welcome shift from a year ago, when trucking companies contended with severe supply-chain disruptions and market volatility in the initial months of the coronavirus outbreak.

Although small businesses often were hit hardest by the pandemic, the largest for-hire motor carriers in North America also faced significant challenges during this most unusual time. 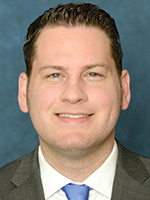 The trucking firms that appear on the 2021 Transport Topics Top 100 For-Hire Carriers list are split nearly evenly between companies that reported a revenue decline in 2020 and those that still managed to grow during the year of COVID-19.

Meanwhile, a spate of major acquisitions among the largest for-hire carriers also has reshuffled this year’s Top 100 list.

The most prominent example is Canadian trucking conglomerate TFI International, which jumps into the top 5 on the strength of its $800 million acquisition of UPS Freight, the parcel giant’s less-than-truckload and dedicated truckload division. That transaction, which closed in April, expanded the already vast array of trucking businesses operated by Montreal-based TFI, which ranked No. 11 on last year’s Top 100.

Despite selling its Freight division, UPS Inc. remains firmly ensconced at No. 1, followed closely by rival FedEx Corp. at No. 2.

Further down the list, No. 14 Penske Logistics also has expanded through acquisition. In December, Penske purchased dedicated contract carrier Black Horse Carriers, which ranked No. 61 on last year’s list and operated a fleet of nearly 2,000 company-owned tractors.

Consolidation also is shaking up the bulk transportation sector.

In May, railroad operator CSX Corp. announced it had agreed to acquire tank truck operator Quality Carriers Inc., whose parent company Quality Distribution ranks No. 38 on this year’s Top 100. The transaction is expected to close in the third quarter of 2021.

Bulk hauler Heniff Transportation Systems, meanwhile, has climbed to No. 64 as it continues to expand its operations by acquiring other fleets, including Jasa Transit in Blair, Neb., and Premier Bulk Systems of Gormley, Ontario, earlier this year.

McCoy Group, the parent of No. 76 Foodliner and Quest Liner, added another bulk carrier to its portfolio with its December acquisition of W.W. Transport Inc. of Burlington, Iowa.

No. 8 Yellow Corp., previously known as YRC Worldwide, harkened back to its roots by reintroducing the Yellow brand for its holding company earlier this year. Its LTL subsidiaries — Holland, New Penn, Reddaway and YRC Freight — continue to operate under their existing brands. 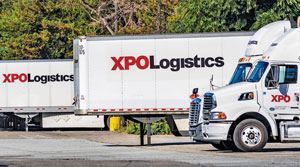 Another new name on this year’s list is 10 Roads Express, a mail hauling company formed through the merger of several U.S. Postal Service contractors, including Eagle Express Lines, Salmon Cos. and Hoovestol Inc. The company, which now operates from 36 terminals across the United States, ranks No. 44 on the Top 100.

No. 75 Roadrunner Freight has been undergoing a transformation of its own. As part of its restructuring plan, the company divested its truckload businesses last year and now consists solely of its LTL operations.

Several companies are new to the Top 100 this year.

Making its debut at No. 83 is Pittsburgh-based R&R Express, which offers a wide range of trucking and logistics services.

Other newcomers include No. 91 Postal Fleet Services, a mail delivery contractor based in St. Augustine, Fla., and No. 94 Daylight Transport, an LTL fleet headquartered in Long Beach, Calif.

Also joining the list is No. 97 United Vision Logistics, a heavy-haul and hazmat carrier based in Lafayette, La. 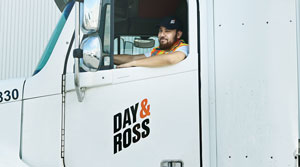 Finally, checking in at No. 100 is Smith Transport, an employee-owned truckload carrier and logistics provider based in Roaring Spring, Pa. The company cracked the Top 100 after reporting revenue growth of more than 30% in 2020.

The Transport Topics Top 100 list and the related industry sector lists presented in this publication rank the largest for-hire carriers in the United States and Canada based on annual revenue.

Much of the information comes from companies’ responses to a survey conducted by Transport Topics, along with financial reports and other public sources. SJ Consulting Group provided revenue estimates for some carriers that did not report data. The lists also include information compiled by Bulk Transporter magazine and legal services firm Culhane Meadows.