Jobless Claims Give Mixed Picture With Shift in Adjustments 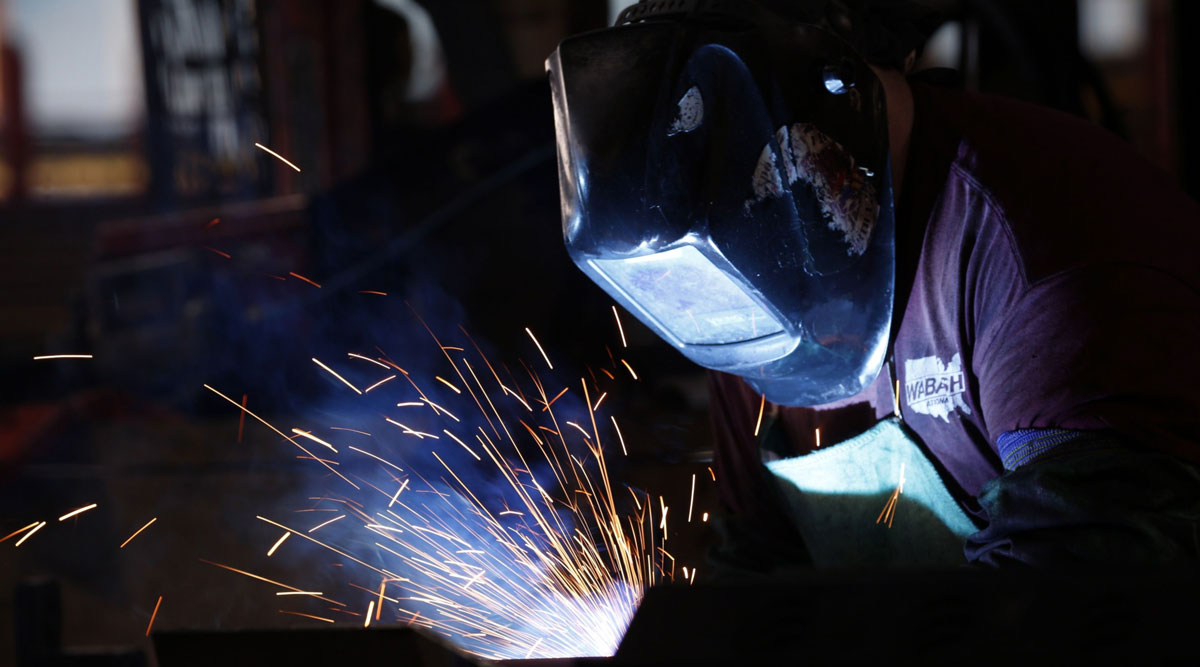 A welder works on a semi-trailer frame at the Wabash National Corp. manufacturing facility in Indiana. (Luke Sharrett/Bloomberg News)

U.S. unemployment-claims figures gave a mixed picture of the labor market amid government changes to seasonal adjustments to account for distortions from the pandemic.

Initial jobless claims in state programs totaled 881,000 in the week ended Aug. 29, according to Labor Department data Sept. 3. That follows 1.01 million in the prior week, a figure that’s not directly comparable because of the change to methodology.

Unadjusted figures gave a different impression. Before any seasonal adjustments, claims rose by 7,591 to 833,352 last week, driven largely by California. Applications under the separate federal Pandemic Unemployment Assistance program — which targets the self-employed, gig workers and others who don’t typically qualify for state programs — jumped by about 152,000 to 759,000, led almost entirely by an increase in California.

Unadjusted continuing claims fell by about 765,000 to 13.1 million, though this could potentially reflect some people who exhausted regular state benefits and are moving to a separate extended program.

The report reinforces the picture of a labor market that’s gradually improving while remaining depressed compared with before the pandemic. Just on Sept. 2, United Airlines Holdings Inc. and Ford Motor Co. announced layoffs, adding to news of hundreds of thousands of job cuts or buyouts from major companies in recent weeks.

New COVID-19 infections still number in the hundreds of thousands a week, a figure that while lower than in July, indicates that it will be a while before Americans return in larger numbers to traveling and eating out. There are signs, though, of new outbreaks emerging in some states.

The decline in seasonally adjusted claims “is more of a reflection of what was really happening” with unadjusted claims in recent weeks, which had been declining more steeply than the adjusted figures, said Aneta Markowska, chief U.S. financial economist at Jefferies. “This is just really more of a catch-up to reality.” 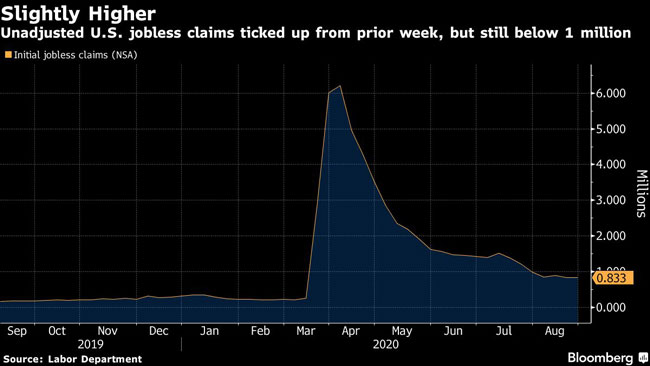 The government’s methodology change was made to address the wide swings in the adjusted data, which had created a gulf between the core numbers and those tweaked to iron out seasonal variations such holidays and regular factory closures and reopenings.

The overall number of continued claims in all programs — which includes regular state and the federal Pandemic Unemployment Assistance — rose by more than 2 million to 29.2 million in the week ended Aug. 15. That figure, though, has been inflated by states counting multiple retroactive weeks by one person instead as multiple people.

”It’s very difficult to make any hard conclusions about what one particular week’s worth of data means,” said Joshua Shapiro, chief U.S. economist at Maria Fiorini Ramirez Inc. But in the bigger picture, there’s “still quite a huge amount of people out there that are receiving benefits.”