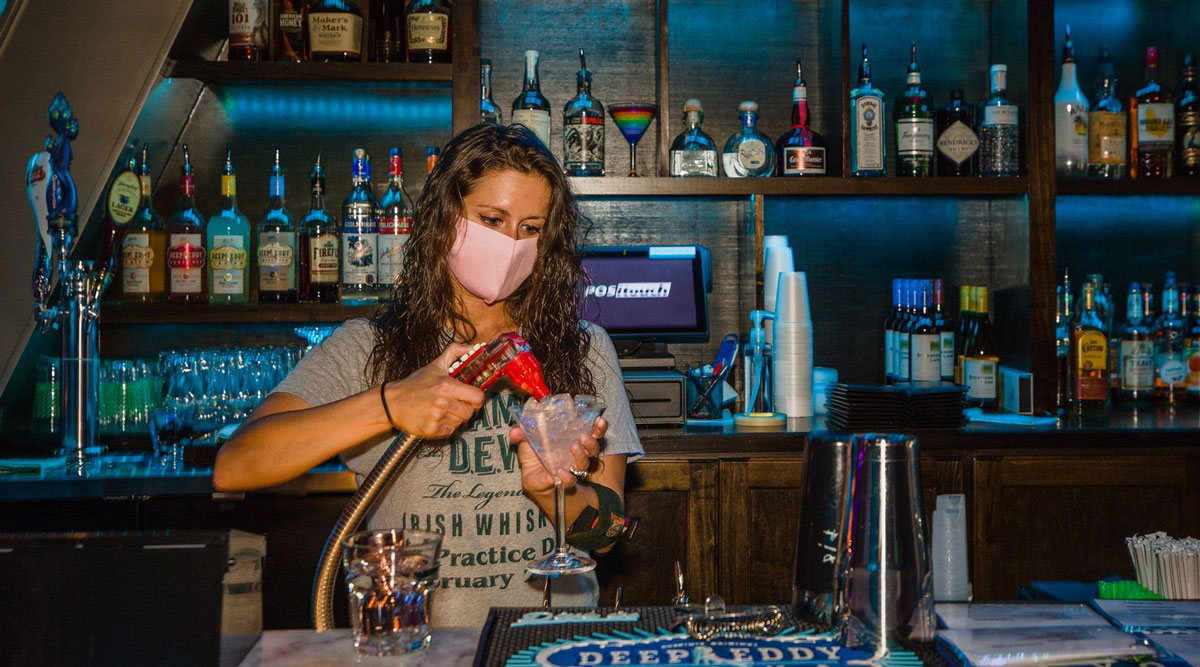 A bartender makes a drink at a nightclub in Columbia, S.C. (Micah Green/Bloomberg News)

Applications for state U.S. unemployment benefits decreased last week following an unexpected jump, indicating the labor market’s gradual recovery is back on track as COVID-19 infections ease from a surge in the prior two months.

The report suggests the jobs market continues to gradually recover amid a pullback in new COVID-19 cases, with next week’s monthly report projected to show another 1.6 million net payroll gains in August. At the same time, claims remain far above prepandemic levels, and risks to further improvement include a drying-up of government support for businesses and lawmakers’ failure to extend support for cash-strapped companies and jobless Americans. 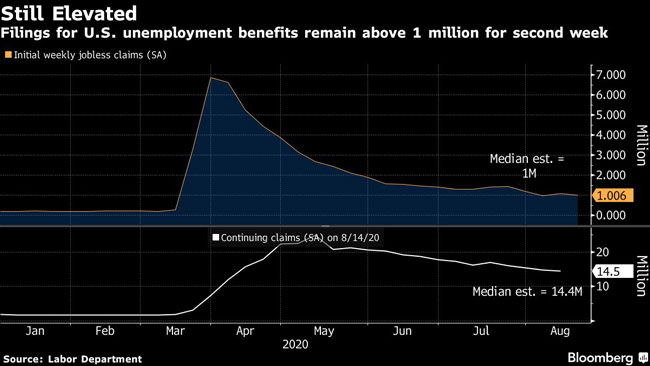 In addition, initial claims for Pandemic Unemployment Assistance rose about 83,000 from the prior week to 607,806 in the week ended Aug. 22 on an unadjusted basis. That’s the federal program extending unemployment benefits to those not typically eligible like the self-employed.

Moreover, recent declines in states’ continuing claims could also reflect recipients exhausting regular benefits and moving to programs that provide extended benefits. The federal program called Pandemic Emergency Unemployment Compensation, which provides up to 13 additional weeks of jobless benefits, showed an increase of about 119,000 in the week ended Aug. 8 in the latest report.

“There’s some evidence that those who are starting to lose their state benefits are transitioning to federal benefits,” said Brett Ryan, senior U.S. economist at Deutsche Bank AG. “This still points to a challenging labor market outlook — still a positive outlook for August, but at a diminishing pace.”

Meanwhile, after several months of gradual improvement, the trend in job postings pulled back for a second week, according to data as of Aug. 21 from Indeed.com.

A separate report Aug. 27 showed the U.S. economy’s second-quarter contraction was slightly less steep than initially reported, a revision that offers little solace as the drop is still the worst since just after the Great Depression.

“Even as businesses have reopened and jobs have returned, layoffs are ongoing, reflecting interruptions to activity from virus containment that are likely resulting in permanent closures and job losses,” Rubeela Farooqi, chief U.S. economist at High Frequency Economics, said in a note. “The risk of permanent damage to the labor market remains high, which will slow the pace of recovery.”

President Donald Trump’s stopgap measure to provide $300 a week in federal support to most jobless-benefit recipients is slowly making its way into Americans’ wallets. More than half of the nation’s states have been approved for the program, but only a few have actually begun making payments.

During the pandemic, the vast increase in jobless claims has wreaked havoc with the Labor Department’s typical process of seasonal adjustment. The department said in the Aug. 27 release that it’s changing its adjustment process starting with next week’s report to “more accurately track seasonal fluctuations in the series and have smaller revisions.”