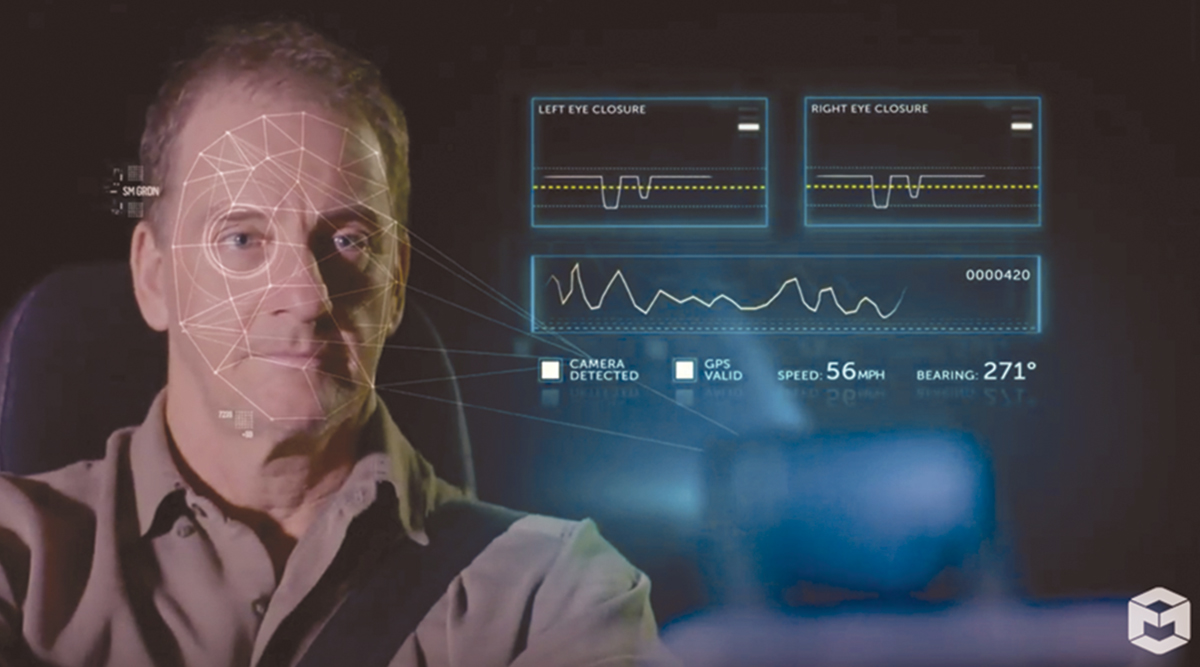 When Bison Transport’s director of safety and driver development presented to the driver advisory board the company’s plans to install fatigue monitoring systems on more company trucks, one driver just couldn’t get past his objections.

Garth Pitzel explained to him and the other driver board members how the Guardian driver monitoring system from Seeing Machines would only alert him when drivers exhibited telltale signs of distracted or fatigued driving.

And if a driver needed to take an afternoon nap to get the rest he needed to get back on the road and drive safely, then Bison Transport would stand by the driver’s “right to decide” under company policy.

In the end, Pitzel had a way of making the skeptical driver see things his way.

He just looked at me and said, 'Put it in my damn truck.'

“He was still pretty upset, and I said to him, ‘OK, tell you what, I’ll phone your wife and break it to her that I have this tech­nology that can make sure your husband makes it home safe each and every time, but he doesn’t want it in his truck,’ ” Pitzel said. “He just looked at me and said, ‘Put it in my damn truck.’ ”

Overcoming those objections, and as part of a continuing commitment to uphold its “right to decide” driver policy, Bison Transport first equipped 15 trucks with the Guardian system about a year and a half ago and has since expanded testing to 120 trucks.

Pitzel said for the first six weeks, the Winnipeg, Manitoba-based fleet ran the trucks with the monitoring turned on, but with the in-cab audio or vibration alerts deactivated. Then for the next six weeks, Bison ran the system with the driver alerts activated.

Mike Lenné, senior vice president of fleet and human factors for Seeing Machines, said Bison’s experience mirrors a study published in 2017 by the Accident Research Centre at Monash University in Melbourne, Australia. That study, titled “Traffic Injury Prevention,” found the in-cab warnings resulted in a 66% reduction in fatigue events, with a 95% reduction achieved by real-time direct feedback in addition to in-cab warnings. 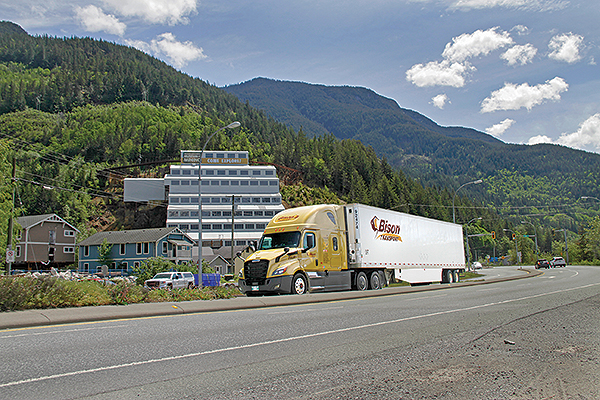 Seeing Machines’ driver processor employs computer vision algorithms to assess the drivers’ visual attention to their environment, assess their degree of drowsiness and, ultimately, determine the threshold of risk. In-cabin sensors monitor the driver’s level of fatigue and distraction in real time based on factors such as eye movement and notify the driver via audible and vibration alerts.

When a fatigue- or distraction-related “event” is captured by the in-cab sensors, a video file is sent to the 24/7 Guardian monitoring center staffed by analysts. They review received footage and notify fleet managers by call, text or email if the driver is confirmed to be fatigued.

Fleet managers also can examine flagged video clips through the Guardian Live portal at any time. However, the system only captures video when it detects distracted or fatigued driving.

For example, the system measures the driver’s vertical and horizontal head position in relation to body movements. When it sees something that appears to be an instance of distracted driving, it notifies the driver and fleet manager. 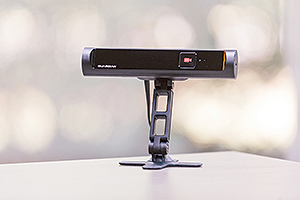 Kahn said Driveri uses vision-based technology to analyze yawning as well as eye and gaze patterns to identify potential fatigue. That information is processed on the device — enabling real-time communication with the driver and visibility to the fleet.

Fleets can address drowsy or distracted driving directly with the driver through the Driveri mobile app.

Netradyne uses artificial intelligence, machine vision and edge computing to quickly identify positive behavior as well as that which elevates risk for the driver and fleet.

Edge computing brings computation capacity and data storage closer to the location where it is needed. This can improve response time and save bandwidth. 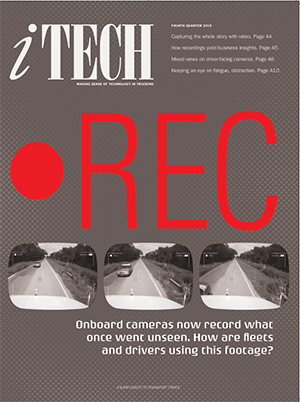 “Rather than selecting portions of the day and trying to determine the driver profile through happenstance, Driveri captures and analyzes every driving minute,” Kahn said.

The recognition and risk algorithms reside at the Driveri device, where events are detected and analyzed, causality determined and severity and reasoning applied within seconds. This information is distilled so fleet managers can filter through and receive the most important information in an efficient and prioritized manner, enabling them to intervene, recognize, coach and support drivers within minutes.

The Driveri system uses several approaches to alert notification — to the drivers as well as fleet managers. Immediate alerts are directly conveyed to drivers through a combination of audible signals and spoken words. Additionally, drivers are notified of their alerts through the Driveri mobile app. Simultaneously, alerts are provided to fleet managers within minutes, thus creating an environment for immediate fleet and driver protection.

Jim Brady, vice president of product management and user experience for Lytx, said the company’s DriveCam event recorder captures data and video recordings, and delivers that information on-demand or at regular intervals via a cellular network.

Behind the scenes, the video clips are classified through machine and professional review. Risky events are identified and turned into coachable insights, then delivered directly to clients’ dashboards. 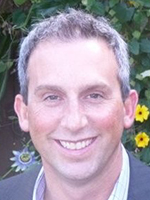 “An important aspect of any technology, including video telematics, is the ability to cut through the noise and deliver only information that is meaningful and actionable,” Brady said. “Not every audio alert or video capture results in an event delivered to our clients for coaching. This built-in efficiency helps coaches focus on representative, risky behaviors and cuts down on the need to sort through multiple similar events. We’ve honed this ability over the course of 100 billion miles of analyzed driving data.”

Lytx’s primary concern, Brady said, is protecting the driver and exonerating that person when they are not at fault.

“Capturing video of both the roadway and inside the cab provides a fuller picture of an event and more protection for drivers, especially those who are doing everything right,” he said. “With video on both sides, drivers don’t ever have to deal with a ‘he said, she said’ situation.”

While Lytx’s machine vision can see and recognize images, its artificial intelligence goes further by interpreting those images and drawing conclusions to provide better insights for fleet managers.

Lytx then employs trained analysts, who confirm the clips and behaviors are accurate and provide objective, impartial assessments of each clip. From there, relevant events are delivered to each client’s dashboard and prioritized so clients can focus on coaching the most important events first, Brady said.

According to Tyler Waugh, content strategist manager, RVS monitors not only the driver, but also the vehicle.

The RVS fatigue-monitoring system alerts drivers in real time, Waugh said. It uses algorithms to monitor the state of the driver and give appropriate warnings based on behavior, including the first signs of drowsiness and distracted driving.

The GPS tracker records speed, location and exact driving route, while geofencing allows fleets to set up routes and get instant alerts if the vehicle deviates from those routes.

A built-in sensor recognizes sudden movements such as hard accelerations, sudden stops, speeding events and impacts, which also may indicate in­stances of distracted or fatigued driving.

Technology startup Pronto.ai is using similar driver-monitoring technology with its Copilot driver-­assistance system, which partially automates highway driving but requires the driver to remain alert at all times.

The system incorporates an in-cab camera to ensure the ­driver is watching the road and regularly checking his or her mirrors. 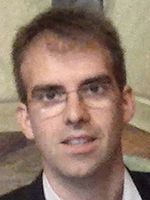 “While Pronto is a leader in developing and promoting the adoption of advanced driver-assistance safety technologies, we also strongly advocate for rigorous in-person driver training of new technologies,” he said. “There is simply no substitute for a good education and an effective safety training program to help ensure that only the most qualified, responsible and attentive drivers are the first adopters of new technologies.”

However, driver monitoring is only one facet of improving safety and reducing risk, Stojanovski said.