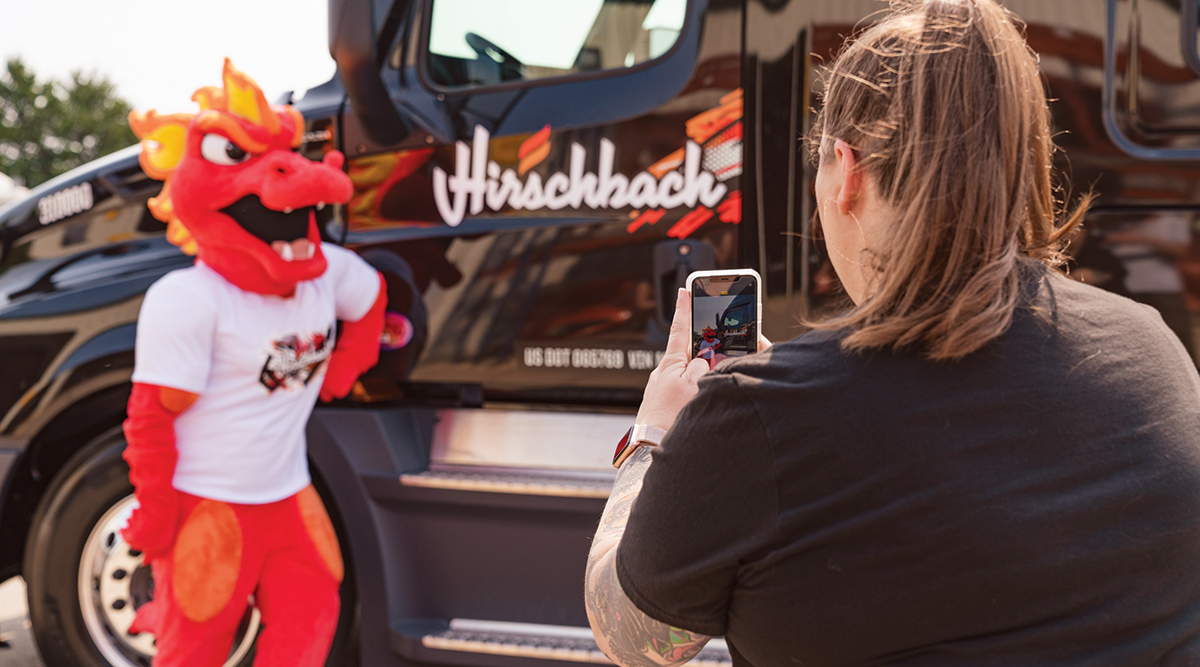 Fleets are turning to social media to share their company culture and engage with drivers. (Hirschbach)

Social media has altered the way people communicate and absorb information in ways that extend far beyond sharing memes and viral cat videos. It also has become an important tool for businesses to engage with customers and employees.

Trucking companies are using social media to connect with drivers, build their brands and recruit and retain workers. And they’re having success.

“Drivers are on social media. We know that. It is a quick and easy way for us to have that interaction with our drivers,” said Michael Fisk, vice president of marketing, hiring and development for Roadmaster Group, the parent company of Tri-State Motor Transit. “I think the greater value for social media is for driver retention and family outreach, especially for spouses that are home and don’t know much about the company. It gives them an opportunity to see us.” 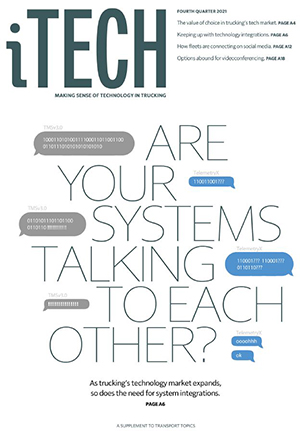 ►The Need for Seamless Connections Between Disparate Systems
►Clevenger: The Value of Choice
►Dysart: Key Features of Videoconferencing for Trucking Firms
►Isaac, Trimble Among the First to Receive ELD Certification in Canada

Social media is also an effective means of community engagement.

“Statistics show that it has become the leading platform from which people consume news and information and form opinions,” said Gina Billings, director of marketing and communications for Averitt Express, which ranks No. 36 on the Transport Topics Top 100 list of the largest for-hire motor carriers in North America.

“We are in the people business, and we utilize social media to show the world who we are as an organization,” she said.

Southeastern Freight Lines ranks No. 34 on the for-hire TT100.

There are several platforms to choose from, but fleets don’t need to be active on all of them, said Olivia Young, vice president of marketing and sales for Navajo Express.

“Pick your platforms and do them well,” she said.

For Navajo Express, Facebook is the most relevant to its drivers, but the use of Instagram is growing, Young added.

“Our driver pool isn’t extremely active on LinkedIn, but that is where you find potential employees, current employees and industry professionals, so we want to showcase Navajo,” she said.

TikTok has become a new focus at Hirschbach Motor Lines.

“I have invested hours and hours watching TikTok videos and learning what to post,” said Bianca Sanchez, marketing and social media manager for Hirschbach. “We’re trying to find ways to show our culture, show off our trucks and engage by utilizing what is trending on TikTok.”

Different social media platforms tend to have their own tone, and fleets said they tailor content to each.

“We take ourselves seriously because we want to do a good job, but we encourage you to have fun while doing it,” she said. “We want to show what our culture looks like and keep that fun Hirschbach vibe coming.”

Roadmaster Group’s Fisk focuses on Facebook and is also active on LinkedIn, Twitter and Instagram. He doesn’t currently use TikTok, but the fleet is tracking metrics on it.

“As our drivers get more engaged on it, I can see us getting more involved in that,” Fisk said.

Fleets often use social media to highlight charity work, such as Wreaths Across America. (Leonard's Express)

Young of Navajo Express said there is a driver side and client side to social media.

“You have to balance your content so you’re hitting both,” she said. “We’ll ask, ‘Is this engaging drivers, customers, or both?’ If there is any way you can show who you are as a company and showcase your brand, it is important.” 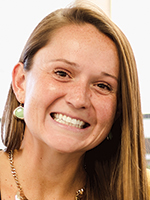 Navajo focuses on driver involvement and always tries to post with a video or photo or links back to its website, Young said.

“The pictures and videos of trucks always seem to do the best,” she said.

Riccio of Leonard’s Express has found that posts including pets tend to do particularly well.

“We try to engage our ­driver workforce, asking where they went, their favorite on-the-road food or state they’ve ­driven in, or what’s the goofiest or most difficult load they’ve ever handled,” he said.

Sanchez said Hirschbach drivers reach out to her with content ideas.

Hirschbach has created ­driver groups within Facebook tailored to specific driver subsets, such as over-the-road and dedicated.

“Drivers join those groups to interact with other drivers and even with management,” Sanchez said. “Drivers are involved and sharing information with each other. I’ll come in and answer questions here and there.”

Roadmaster Group started conducting Facebook Live broadcasts shortly before the COVID-19 pandemic. Drivers can send in questions and comments during the live sessions.

“In a typical broadcast, we’d have 30-50 live participants, and our engagements the next few days of those watching the videos is 500-600 sometimes,” Fisk said.

“We try to engage in those things that are relevant and interesting, but it isn’t always company or driving specific,” Fisk said, adding that he has found drivers like to engage in trivia, especially the Family Feud-style questions the fleet posts. “We try to find the right balance of news, information and entertainment. It is more of an art than a science.”

Drivers, office managers and customer service representatives are co-workers, but it doesn’t always feel that way. Roadmaster Group tries to bridge that divide through social media.

“Drivers want to understand who their dispatcher is, how they got into trucking, and things not related to work,” Fisk said. 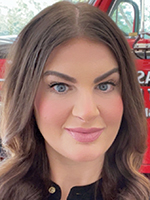 “However, the most important metric to gauge the right amount of activity is knowing our audience and listening to their feedback,” McLeod said.

Social media will never replace the fleet’s face-to-face communications, she said, but it does offer an additional channel for engagement.

“Folks may feel more comfortable voicing concerns, asking questions, or sharing media of special moments with us on social media versus in person,” McLeod said.

“We’ve found that social media gives us an opportunity to share a behind-the-scenes glimpse of the real world at Averitt,” Billings said.

“The fun part is the engagement component when we see comments and input from the community,” Billings added.

“It is just as hard to keep drivers in seats as it is to get drivers in the door,” Young said. “Social media is another way we can stay connected to our drivers out there.”

Leonard’s Express uses social media to recruit all types of employees, from financial experts to data scientists. It also uses geofencing to target areas it needs to hire drivers.

“It helps you become more targeted in your approach from a geographic perspective,” Riccio said.

“We make sure we pay attention to our cost per leads or cost per numbers,” Sanchez said.

Negative feedback is a given with social media, but fleets said the positive interactions outweigh the negative.

“There are enough benefits to social media that we have to engage in it, but there are some downsides that have to be managed,” Roadmaster Group’s Fisk said.

“They think they’re posting on their own site, but it says they’re an employee for Tri-City Transit. Then I have to get involved, and we may have to coach or counsel or maybe discipline,” Fisk said.

“We apologize for the negative interaction they feel they had and ask if they’ll have a conversation with us offline,” said Riccio of Leonard’s Express.

Sometimes social media is the outlet drivers use to voice their frustrations, said Young of Navajo Express.

“When we see those driver frustrations, I’ll make sure either myself or a driver leader reaches out and follows up with a note saying we’re following up,” she said. “The minute you start hiding comments, it fuels the fire.”

The best scenario is when others step in to offer their support, Hirschbach’s Sanchez said.

“Surprisingly, one of the great things is our drivers will address a lot of those complaints as well. They will see negative feedback and say, ‘There is a reason why something like this happened,’ ” she said. “Sometimes you’re going to get something negative, and there is nothing you can do about it, and you have to let it ride.”

Connected Workflows Can Lead to a Higher Level of Operational Fitness