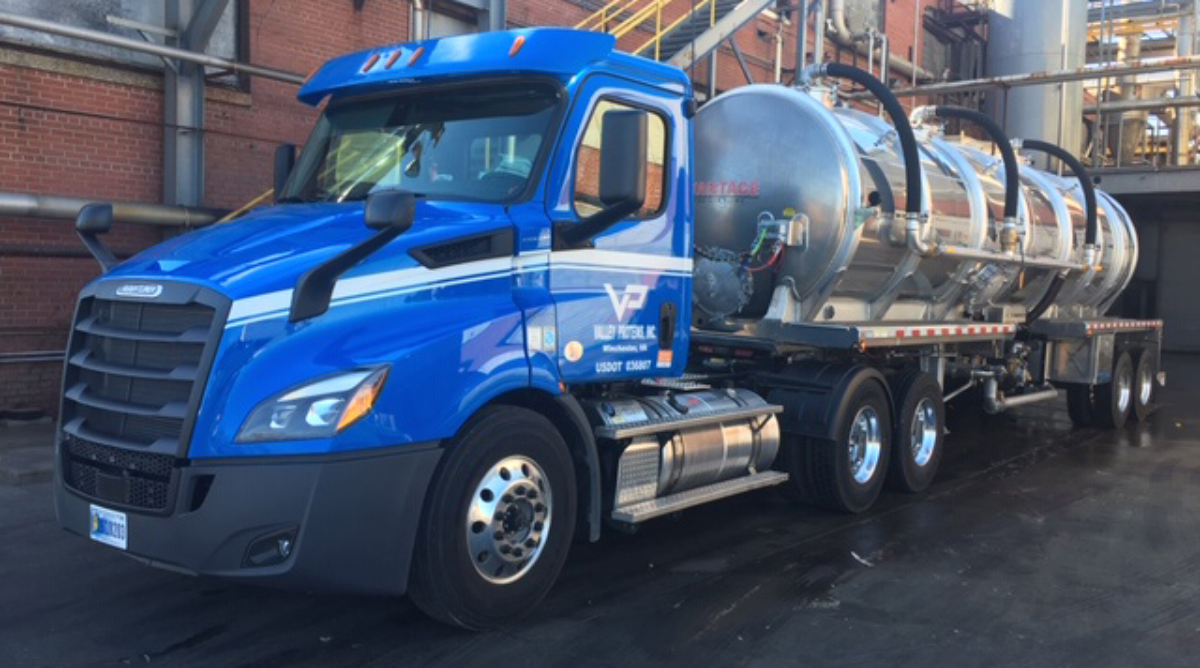 In 1949, Clyde Smith went into business distributing animal byproducts with a single truck operating out of his home in New Oxford, Pa. He soon moved to the Shenandoah Valley, where he started a batch-cooker business in Winchester, Va., before going on to establish Valley Proteins Inc. in 1961 to purchase animal fats, oils and proteins for blending and resale.

Nearly six decades later, Valley Proteins boasts one of the largest rendering businesses in the United States and operates a fleet of 488 tractors and 136 straight trucks from 30 locations stretching from Pennsylvania to New Mexico.

The family-owned business now is run by Clyde’s grandsons: J.J. Smith, the company’s president, and his brother, Michael Smith, its vice president.

Rendering refers to the process of turning unused animal components into usable material. Once collected, the company pro­cesses the proteins for pet foods and animal feed and uses the fat for a calorie additive in animals’ diets or in biofuels and fatty acid chemicals.

“Basically, we collect and process anything that is of an animal origin that doesn’t end up getting consumed by a human,” J.J. Smith said in an interview with Transport Topics.

The company gathers these materials from restaurants, meat-processing plants and other companies that produce animal byproducts.

In a given year, Valley Proteins processes three million tons of raw materials collected from suppliers and manufactures more than 1 million tons of fats and proteins for animal feed.

“About half of our truck fleet is involved in route operations, servicing around 65,000 restaurants and supermarkets, and the other half are full-load operations servicing dozens of major meat-­packing plants,” Smith said.

At Valley Proteins’ larger suppliers, dump trailers and tankers are lined up and filled on a continual basis. Trailers are then taken to a company plant, unloaded and processed.

Deliveries requiring over- the-road driving are often farmed out to an outside carrier, he said. “If it is within 250 miles of our facility, then it is certainly our goal to have it on our own vehicles.”

“Maybe 10% of our business we outsource to carriers, but this allows our drivers to be home every day,” Evans said. “It is a benefit for the drivers and a savings for us as far as the equipment.”

Day cab tractors are less costly than sleeper units and have proved to be the best choice economically for Valley Proteins.

“We really focus all of our trucking operations on day-cab work. We don’t even have sleeper cabs in our fleet,” Smith said.

At one point, Valley Proteins’ operations relied heavily on straight trucks, but in an effort to better utilize drivers and equipment, the company has shifted the majority of its fleet to tractor-trailers.

In the early 2000s, the company stopped buying trucks outright and turned to leasing equipment.

“The lease rates got so competitive, even though we had low borrowing cost, we couldn’t finance at as low a rate as leasing offered,” Smith said.

During the length of a six-year lease, most over-the-road equipment reaches the end of its life, but with the short routes Valley Proteins runs, vehicles last about eight or nine years. The com­pany rotates equipment from long routes to shorter ones and, at the end of a lease, buys out the trucks and runs them for another two to three years. 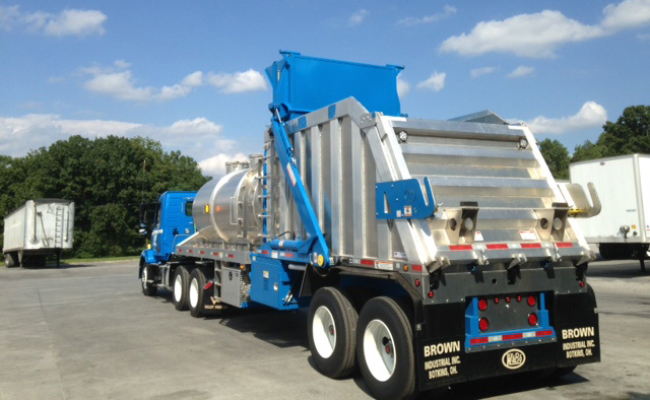 Valley Proteins deals with a good deal of solid waste, but also has to handle liquids, such as grease.

“What we used to do with two straight trucks, we are trying to do with one universal trailer,” Evans said.

All new fleet equipment is outfitted with crash detection and avoidance systems.

Like many trucking operations, Valley Proteins has struggled to keep its cabs filled with drivers.

According to Smith, last fall was a challenging time for recruitment, but since early spring, turnover has decreased.

“We gave our normal cost-of- living raises last April, came back six months later and did another 3% nearly across the board and still came back and did our regular cost of living this year in April,” Smith said.

The three driver pay bumps in one year has delivered concrete results for Valley Proteins, he said. “We have started to see where we had drivers that had left and gone to work for others over pay start to come back.”

An additional benefit is the restructured unloading process Valley Proteins has implemented for drivers running loads between suppliers and the plant.

In a push to increase time on the road, non-CDL workers have been allocated to unload trailers when they come into the yard so drivers do not have to do that work themselves.

“As we have gone to load pay, we have instituted where very few drivers now unload their loads,” Smith said. “We have those that are non-CDL driving the trucks on the lot and unloading them to try to get the drivers that are holding down CDLs on the road as much as possible.”

Valley Proteins also has been utilizing new back-office technology to better handle pay for outside carriers as well as better load pay for internal drivers.

“We have had to do everything we can to increase driver’s pay and keep their productivity up along with it,” Smith said.

The company is looking for new ways to increase productivity while using the latest technology available to the industry.

“We are working toward trailer tracking,” Smith said. “We are doing whatever we can to increase productivity on our trailers, making sure they don’t sit for three weeks not getting used.”

“We have the highway side that picks up from the large-volume suppliers, and the other half of our business, what we call the route side, pick up barrels from 20 or 30 suppliers,” said Chad Cleck, transportation project manager.

For the drop-and-hook truckload operation, the company uses McLeod dispatch software, and for route pickups, Roadnet.

Valley Proteins also is testing onboard video. The company decided to look into in-cab cameras after experiencing truck spills in North Carolina. The fleet is testing systems from Netradyne and Lytx at two locations in the state. The cameras will offer a twofold benefit.

“We want to see the root cause of our spills, and also it gives us the capability of coaching,” Cleck said.

Valley Proteins has been using electronic driver logs for many years, but the company now is in the process of updating its onboard technology to meet the full requirements of the federal electronic logging device mandate. While that regulation took effect in late 2017, it included a two-year grandfather period for older e-log systems classified as automatic on-board recording devices, but that exemption is set to expire in December.

“It seems to be an easier jump to get [drivers] trained on the ELD systems because they are closer to smartphone technology than the previous systems have been,” he said.

In the mid-1990s, the company equipped its trucks with logging systems from Cadec and is now on the third generation of the product, but it is switching over to Omnitracs onboard equipment. The company is installing Samsung tablets in all of its vehicles and plans to be ELD-compliant by mid-November, giving Cleck a month to work out any bugs or issues that might arise.

The biggest threat to Valley Proteins’ future is the consolidation of meat-packing facilities that become capable of internal rendering of their byproducts.

“We can’t do anything to create the volume of our business, meaning we have to rely on suppliers to grow their business,” Smith said.

That makes it difficult to control where and when the company will grow, but Valley Proteins’ private fleet gives the company more control over its own operations.

“It is very strategic for us to have our own truck fleet,” Smith said. “It allows us to control our business and supply.”

Interactive Map: Where the 2022 Top 100 Private Carriers Are in North America