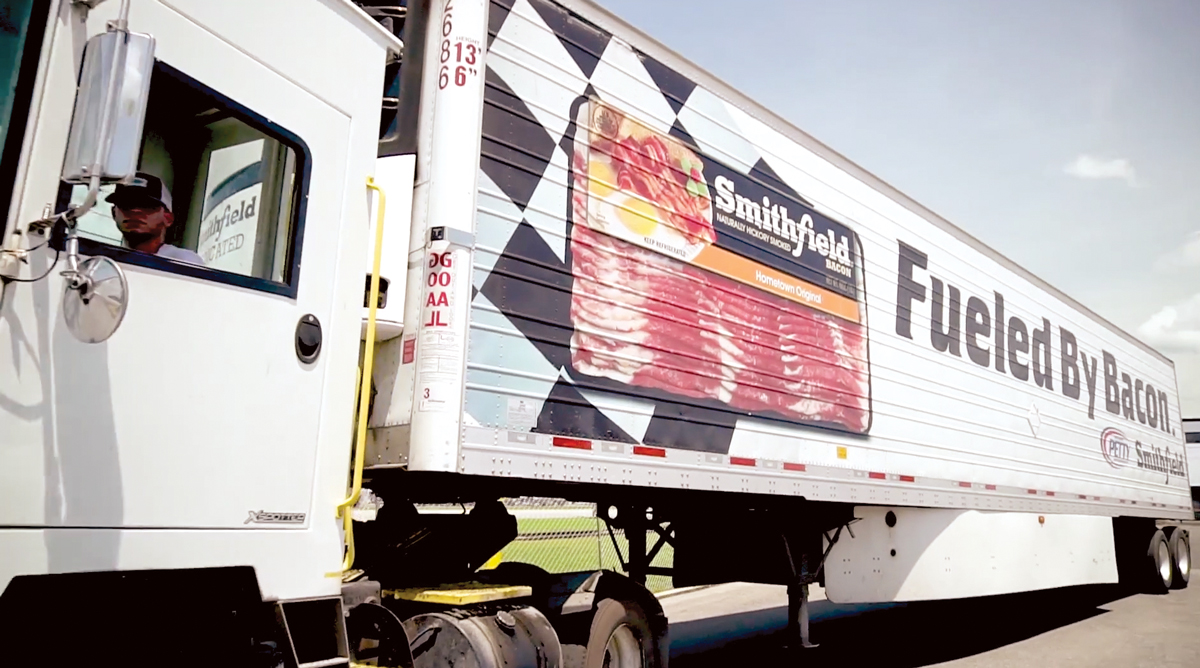 In an increasingly environmentally conscious world, many companies are adopting more sustainable transportation methods to reduce their carbon footprints. And for good reason — cars, trucks, aircraft and other forms of transportation account for more greenhouse gas emissions than any other source, according to the U.S. Environmental Protection Agency.

Investing in sustainable transportation is good for the environment, but it can also be good for companies’ wallets. Glen Kedzie, vice president and energy and environmental affairs counsel at American Trucking Associations, said there are several ways for carriers to cut down on greenhouse gas emissions and cut costs at the same time.

One simple example is better matching the size of trailer with the size of the load being carried. If a carrier has only enough ­cargo to fill a 20-foot trailer, using a trailer that’s any bigger would be inefficient.

“Why would I haul a 53-foot trailer when I don’t have enough stuff to put in the 53-foot ­trailer?” Kedzie said. “Those pennies add up into dollars real fast.”

One shipper that has taken great strides to make its transportation more efficient is Smithfield Foods, the world’s largest pork processor. The company, which is based in Smithfield, Va., recently released a sustainability report detailing the steps it is taking to reduce greenhouse gas emissions within its supply chain.

Smithfield said it cut costs by $19 million in 2018 by implementing changes such as utilizing more fuel-efficient, lightweight trucks. The company uses almost 6,500 third-party trucks to move its products. In 2016, just 48 of these were lightweight. As of 2018, this number had increased to 180.

Federal regulations prohibit commercial vehicles from exceeding 80,000 pounds, so by using lightweight trucks, Smithfield is able to transport more freight per truck, reducing the number of trips required to haul the same amount of freight. As a result, Smithfield saved $300,000 in fuel costs and reduced greenhouse gas emissions by 551 metric tons in 2018.

This is what Kedzie calls a no-brainer decision — when a company can make investments in sustainable transportation and also increase profits. However, investments such as lightweight trucks are not always profitable, particularly if a company hauls freight that doesn’t come close to exceeding weight restrictions.

“Every trucking operation is different from the next one,” said Kedzie. “For someone that’s selling potato chips, it doesn’t make economic sense to use lightweight trucks.”

In addition to utilizing lighter trucks, Smithfield is in the process of establishing more efficient transportation routes and eliminating some of its regional distribution centers to streamline its supply chain. The company plans to fully implement these changes later this year and expects that it will cut costs by $45 million and reduce annual greenhouse gas emissions by almost 13,000 metric tons.

“At Smithfield, we continuously optimize our entire supply chain to make the path from farm to fork as close as possible, thus reducing our environmental impact, enhancing product qual­ity and achieving cost savings,” said Todd Scott, vice president of transportation. “Our desire to continually invest and innovate in sustainability is rooted to our mission to produce good food in a responsible way.”

Smithfield is not the only company working toward sustainability — the transportation industry as a whole is shifting to become more eco-friendly.

The success of SmartWay, a program established by the EPA, is a testament to the fact that shippers, carriers and consumers increasingly value sustainability.

When carriers partner with SmartWay, they submit data about their fleet, such as how many miles their trucks drive a year, their average payload and what fuel they use. Using this data, SmartWay determines the carrier’s amount of annual greenhouse gas emissions and ranks them in comparison to other SmartWay-partnered carriers. These rankings are made public, allowing shippers to see how different carriers stack up in terms of sustainability and use it to help inform their decisions on carrier selection.

Some environmentally conscious shippers will contract only with SmartWay-partnered carriers. If carriers choose not to partner with SmartWay, they risk losing these contracts.

As sustainability is becoming a higher priority within the transportation industry, SmartWay has seen an increase in partnerships. The program launched in 2004 with 15 charter partners. Today, SmartWay has more than 3,700 partners.

Not only does partnering with SmartWay help companies market themselves as eco-friendly, but it helps them cut costs as well. Based on the data companies submit, SmartWay recommends energy-saving technologies that would be profitable for their business models. Options such as more fuel-efficient tires might cost the carrier more ­money upfront, but end up saving it money over time. In addition, SmartWay promotes energy-saving driving techniques, such as speed governing, progressive shifting and anticipatory driving, which are completely free.

While SmartWay’s primary goal is to reduce the environmental impact of the transportation sector, it is successful in large part because it conveys a financial benefit to companies. Most companies do not go green simply out of the goodness of their hearts, so in order for sustainability initiatives to be successful, they must also be profitable.

“Profitability plays into all of this,” Kedzie said. “Companies cannot be sustainable if they can’t survive.”