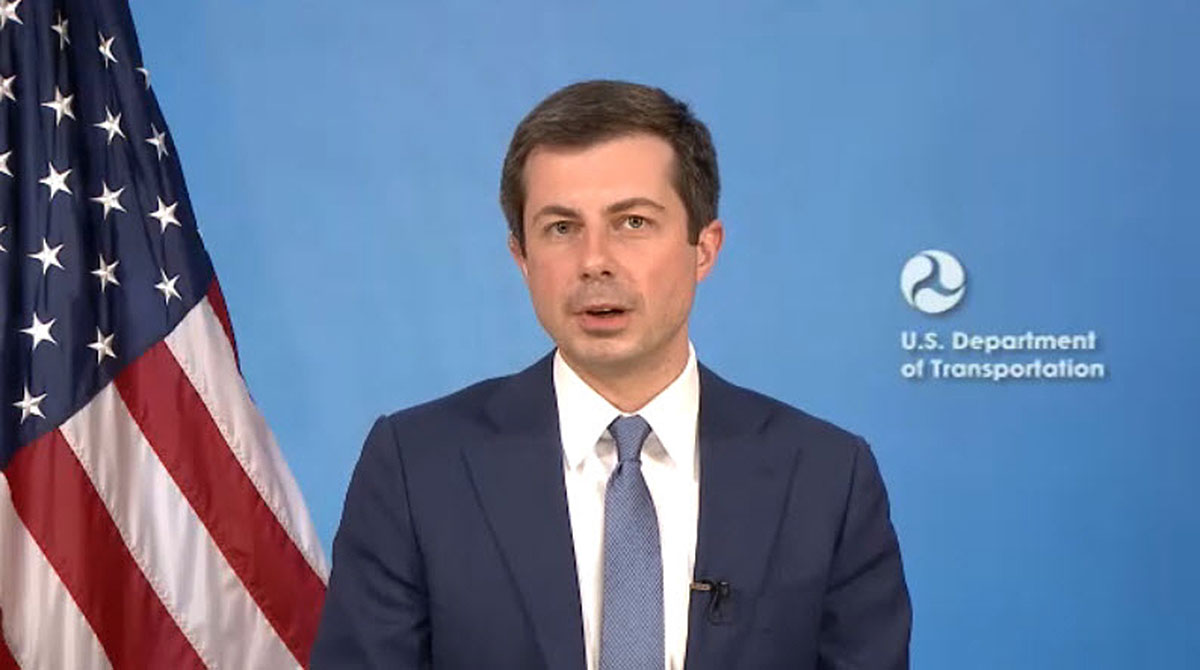 Transportation Secretary Pete Buttigieg in a wide-ranging interview with Transport Topics said targeted efforts at his agency aim to address the trucking industry’s shortage of drivers, an issue he listed among key administration priorities as the Biden White House works to alleviate ongoing supply chain bottlenecks.

“If you look at the tens of thousands of [commercial driver licenses] that can be issued in a year, if we make that process a little bit more efficient that can make a big difference in that 80,000-driver gap that is estimated by industry,” Buttigieg said during a Jan. 19 appearance on TT’s Newsmakers program. “The same is true for these apprenticeships that help more people come in. We’ve got [pilot programs] to find whole new categories of people, and reach out to them to safely integrate them into the trucking workforce.”

American Trucking Associations has estimated the industry’s workforce is short about 80,000 commercial drivers.

A newly enacted apprenticeship initiative for truckers under 21, as well as an advisory group targeting outreach to female drivers, are among federal efforts Buttigieg envisions as remedies for the industry’s workforce gap. Both programs were included in the $1 trillion Infrastructure Investment and Jobs Act, signed by President Joe Biden on Nov. 15.

In particular, Buttigieg cited the opportunity to bring more women into the industry. “Knowing you’ve got 50% of the population but not yet 50% of the workforce, which suggests there are a lot of people out there who could be great truckers who have not been invited or, for whatever reason, haven’t taken an interest in those jobs. So, yeah, we believe these recruiting efforts will make a real difference,” he said.

Addressing the driver shortage will require this and more, he noted, as the industry is losing workers at a steep rate.

“If we only work on that side of the equation then it’s going to be a little bit like filling a leaky bucket,” he said. “Because we see far too many people leaving their jobs as drivers every single year.”

He said DOT estimates 300,000 workers throughout the trucking industry depart the sector each year. “So, yes we need to recruit and we need to retain,” he said.

The administration also recently noted that its efforts helped stakeholders achieve a record-breaking shopping season over the holidays, with consumers receiving nearly all of their packages around Christmas.

“We’re not resting for one moment,” Buttigieg said, “but I do think the remarkable success relative to predictions of the work that was done leading up to the holidays gives us a really good template, and a really good model, for the work that we have to do in the months and even the years ahead.”

He continued, “You would’ve thought that Christmas was maybe not even going to happen in a way that we recognized it; we were already hard at work and underway. And I think that’s one of the reasons why, when you look back at what actually happened in that holiday season, we saw an all-time record high; not just in terms of retail sales, but in terms of the goods that did move through our ports and across our system. Now, that being said … no one is spiking the football here.” 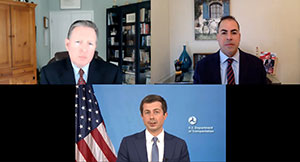 The secretary also reflected on the contributions to freight connectivity on the part of truck drivers: “You know these supply chain issues, as terrible as they’ve been, have had the effect of something that I think is really important, which is prompting Americans to realize just how important drivers are. And I think that’s something we need to carry with us long after this pandemic and these supply chain shortages and crunches are behind us.”

Turning to the president’s domestic agenda, Buttigieg expressed optimism about efforts meant to advance a nearly $2 trillion social infrastructure budget package. The measure, likely to be splintered into separate bills, awaits consideration in the U.S. Senate.

On matters of personnel at the department, the secretary insisted the White House will nominate candidates dedicated to promoting safety across the transportation system. The secretary recently named Robin Hutcheson as deputy administrator of the Federal Motor Carrier Safety Administration. And, this month, the Senate confirmed Amit Bose as administrator of the Federal Railroad Administration.

The full interview with Buttigieg is available at ttnews.com/newsmakers.