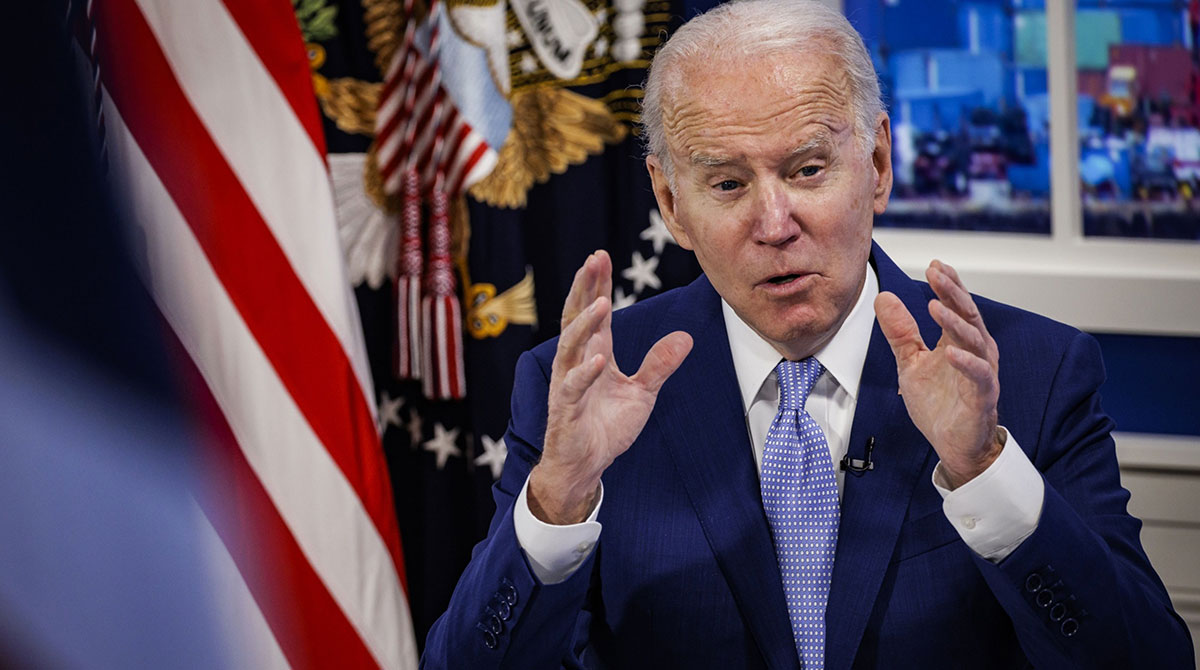 President Joe Biden said that his administration, together with labor unions and companies, succeeded in averting a holiday season supply chain crisis.

“Earlier this fall, we heard a lot of dire warnings about supply chain problems leading to a crisis around the holidays,” Biden said at the White House. “So we acted. We brought together business and labor leaders to solve problems. The much-predicted crisis didn’t occur.”

“Packages are moving” and “shelves are not empty” at stores, the president said, taking credit for moves his administration made to improve the flow of goods through U.S. ports.

But he said that rising inflation is “top of mind for me” and that reducing costs is the “top priority of the entire administration.”

Companies have warned that structural challenges in U.S. supply chains — including an antiquated shipping system that’s processing record volumes of goods — will persist into the New Year, and that there’s no silver-bullet solution.

Biden was also joined by members of his Cabinet, including the secretaries of commerce, transportation and labor.

Smith of FedEx said, “So, the supply chain issues are not all solved, but there’s a lot of effort underway to solve them and we’re optimistic that people will have a good peak season.”

“Most of Santa Claus’ products will be delivered to the consumers and the retailers have done a great job of, as you mentioned, stocking their shelves,” Smith said to Biden.

.@USDOL and @USDOT have launched efforts to expand access to quality driving jobs by accelerating the expansion of Registered Apprenticeship programs for drivers that put more skilled, safe drivers on the road.

Inflation is a core political problem for Biden, who on Dec. 21 touted the falling price of gasoline and called for passage of his flagship domestic policy bill, known as Build Back Better, which he argues will ease price pressures over the long term. Progress on the bill ground to a halt Dec. 19 when Sena. Joe Manchin (D-W.Va.), a crucial swing vote, yanked his support, citing inflation as a concern.

The president renewed his pitch for his bill at the Dec. 22 event, saying it will ease inflation and fuel growth. “Failing to make these investments is going to slow growth, not increase it,” he said. Biden reiterated his argument that the package won’t increase the debt — an implicit rebuttal to Manchin’s stated concern about the federal debt load.

Biden’s administration has launched measures to ease congestion at ports and reduce a shortage of truck drivers, and the bipartisan infrastructure law he signed last month includes billions of dollars in funding for ports, which is expected to ease bottlenecks in the long term.

US Might Need to Produce More of Its Own Goods, Yellen Says