Supporters and Opponents Clash Over Adding Tolls to Connecticut Highways 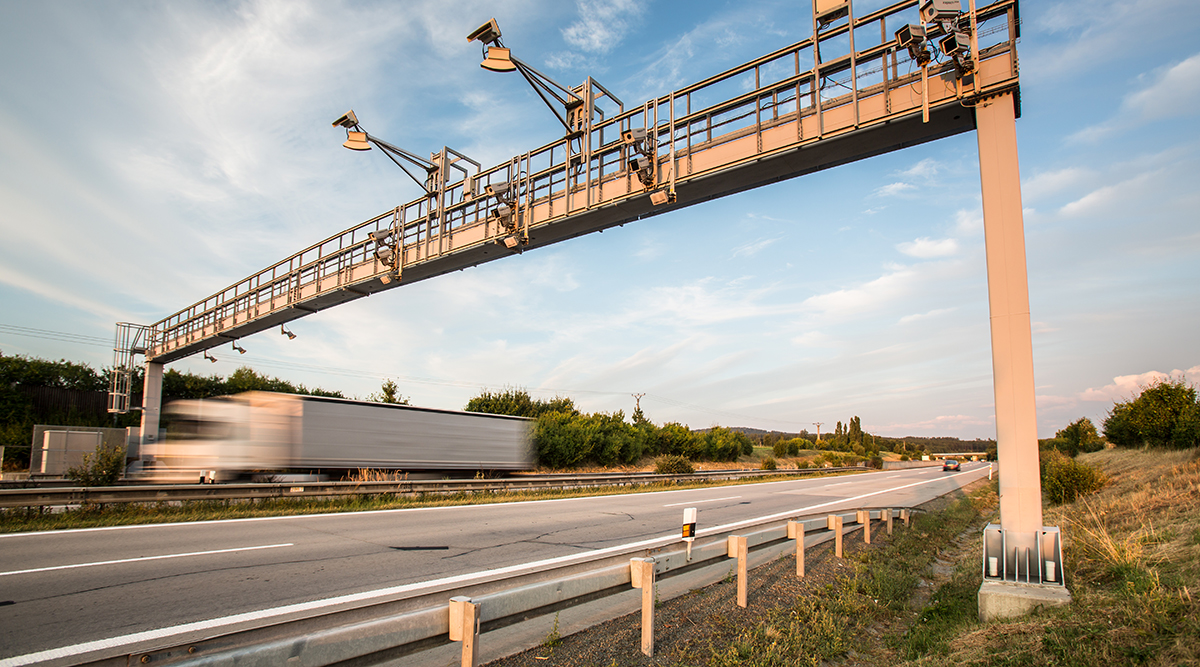 In an often-passionate debate, advocates squared off March 14 in Connecticut for more than five hours in the long-running battle for electronic highway tolls that has split the legislature.

Connecticut Gov. Dannel Malloy, House Speaker Joe Aresimowicz and others are strongly for tolls, saying it makes no sense for out-of-state drivers to have free rides as they drive quickly Connecticut on the way to Boston, New York, Newport, R.I., and Burlington, Vt.

But the state’s trucking association is strongly against tolls, and opponents say Connecticut has a uniquely complicated highway system with 49 exits from Greenwich to New Haven that would make it very easy to jump off the highway and avoid the tolls.

Saying the state needs billions of dollars for repairs and improvements, Malloy is pushing for tolls and increasing the state’s gasoline tax by seven cents per gallon over four years.

“Nobody is for tolls,’’ Malloy told Capitol reporters March 14. “Nobody is for a gas tax. Nobody is for a fee on tires. On the other hand, they’re for roads and bridges that are safe and buses and trains that run on time and an airport that can be sustained. They’re for all those things, but, as Americans, we’re not for paying for any of those things, and that’s what’s largely driven Connecticut’s policy — that you can actually get something for nothing and that you can sustain that on a multigenerational basis. We now have proof that you can’t.’’

One of the major issues has been skepticism that the toll money would be diverted for other purposes. But state transportation commissioner James Redeker said the federal government must authorize the tolls, and the money cannot be legally diverted or “swept’’ to other uses in the state’s general fund.

Republicans, however, said that gasoline taxes and other fees could be siphoned off for other purposes, even if the toll money could not.

Redeker said tolls cannot be placed only on the borders exclusively in towns such as Enfield, Greenwich, Danbury, Union and Stonington. Instead, they must be spread throughout the state, as well as at the borders.

The state has dropped Malloy’s announced plans for a 30-year, $100 billion transportation program. Instead, the plan is now $10 billion over five years, Redeker said.

“We need solutions short-term, mid-term, and long-term,’’ Redeker told the committee. “At this moment, I’m not authorized to do anything. … We can’t implement tolls unless it’s authorized in this state and approved by the federal government.’’

Numerous key questions remain, including which highways will have tolls, the locations, the price at each tolling location, the potential discounts for Connecticut drivers, and how much the fares would be reduced during off-peak hours.

No votes were taken March 14, and the committee is facing of deadline of March 23 to act on tolls.

Joseph Sculley, president of the state trucking association, said that the two-tier gasoline tax, including a gross receipts tax on petroleum, pushed the overall tax on gasoline in January to 39 cents per gallon. He added that Connecticut is different from other states.

“The fact is there is no comparison between the Mass Pike, for example, and interstate highways in Connecticut,’’ Sculley said. “The Mass. Pike was built with tolls. The tolls were not installed on the highway decades after the fact. All that the Mass. Pike did was simply swap toll booths for electronic tolls.’’

Republicans are also concerned about the potential creation of a transportation authority, which are covered in raised bills 389 and 5393. But Redeker said that the concept is still evolving, saying the bill contains “general language without specifics on how things would happen.’’

The quasi-public authority would have the ability to borrow money, but the precise parameters of its powers would need to be determined by the legislature in the final bill.

Sen. Toni Boucher, a Wilton Republican, cautioned that the tolls would not be arriving quickly due to public bidding and construction of the stanchions over the highways.

“I”m not against tolls,’’ Boucher said. “We’re talking at least four years before this could happen.’’

Sen. Steve Cassano, a Manchester Democrat, said that the state needs billions of dollars to run the transportation, and he questioned how the state will be able to pay for it.

The so-called Q bridge and everything connected with it along Interstate 95 in the New Haven area cost $2 billion, and the Waterbury interchange could cost $12 billion, Redeker said. The subsidy on the Shoreline East line in southeastern Connecticut is “$40 per passenger per trip,’’ he said.

“We’ve got to face reality here. We’re not doing a good job facing reality,’’ Cassano said. “It’s not free to run this department. It costs money to do these things. What’s the alternative?’’

The state transportation department once had more than 5,000 employees and now has about 2,500, Redeker said.

One proposal calls for cutting the gasoline tax if the tolls are implemented. But the exact timing is unknown because it would depend on the amount of money available in the state’s Special Transportation Fund.