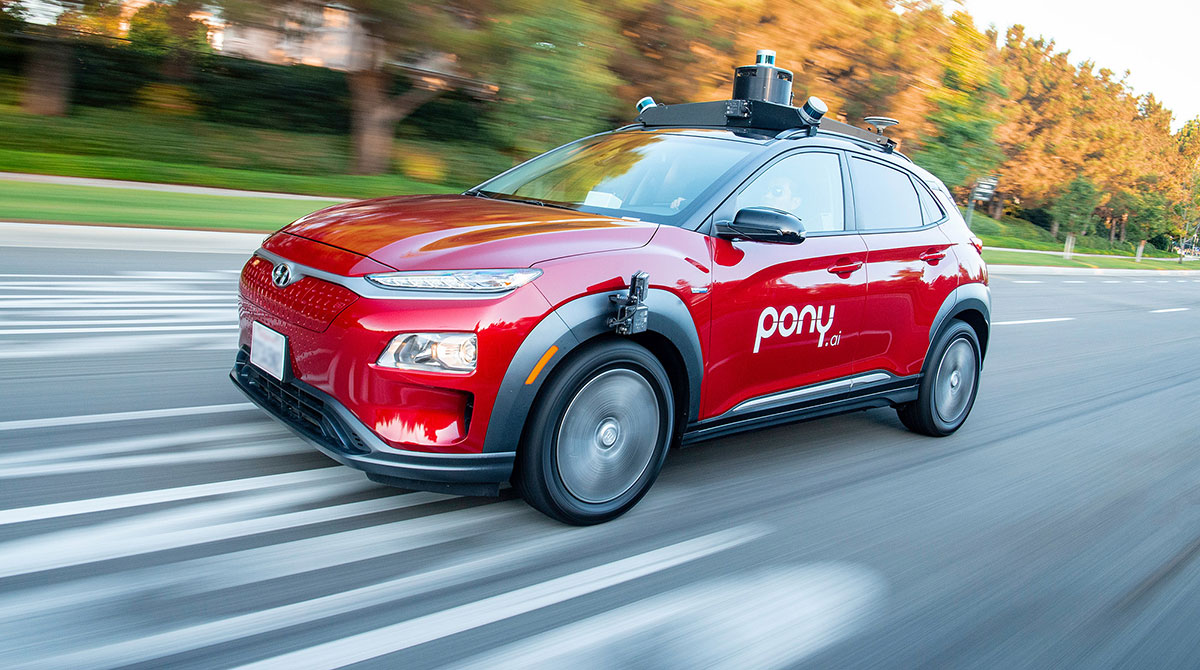 TUCSON, Ariz. — Pony.ai, a developer of self-driving cars based in China and Silicon Valley, will begin testing its autonomous vehicles in Tucson, with trained safety drivers behind the wheel, in a partnership with Pima Community College.

Pony.ai will base its first and only operation in Arizona at PCC’s new Automotive Technology & Innovation Center at its downtown campus, according to Sun Corridor Inc., the Tucson region’s economic development agency.

Founded in 2016 by three veterans of Chinese internet giant Baidu in Silicon Valley, Pony.ai is co-located in Fremont, Calif., and Beijing and Guangzhou, China, where it is also testing autonomous cars to develop self-driving taxi services.

“Tucson is quickly becoming a leading city for tech startups and smart city technology, and Pony.ai is excited to expand our operations there,” James Peng, Pony.ai’s co-founder and CEO, said in prepared remarks, adding that the city of Tucson, Sun Corridor and the Arizona Department of Transportation helped make the company’s expansion to Tucson “seamless.”

Pony.ai, which is backed by Japanese auto giant Toyota and other manufacturers, had been testing self-driving cars in California since 2021. But its state permit was suspended after a minor crash of one if its cars in Fremont last October.

TuSimple, a developer of self-driving commercial trucks founded by Chinese scientists and entrepreneurs, has been testing its trucks on Interstate 10 with test drivers aboard from a research center and terminal on Tucson’s southeast side since 2017.

Google’s Waymo has been testing autonomous taxis, with drivers aboard, in the Phoenix area since 2017.

We appreciate your continued support, @MayorGallego! We’re committed to improving road safety and we’re excited for more people to experience the #WaymoDriver for themselves. Check out the Phoenix Mayor’s recent ride! https://t.co/CnylsahznN — Waymo (@Waymo) August 29, 2022

PCC teamed up with TuSimple in 2019 to launch an “Autonomous Vehicle Driver and Operations Specialist” certificate program to train test drivers.

PCC Chancellor Lee Lambert said the school’s partnership with Pony.ai “aligns perfectly with our vision of the PCC Automotive Technology & Innovation Center to be on the cutting edge of the new automotive technology.”

Self-driving vehicle testing in Arizona has not been without its problems.

In 2018, a self-driving Uber car struck and killed a pedestrian in Tempe. While no other fatal accidents have been reported, data released by the National Highway Traffic Safety Administration in July reported a dozen crashes involving autonomous vehicles in Arizona from when reporting became mandatory in July 2021, with data available through May.

TuSimple is the subject of a federal investigation into a non-injury crash of one of its trucks in April during a run from its major development center and terminal on Tucson’s southeast side.

Following the October crash of a Pony.ai test car, the company voluntarily recalled software used in several cars after an investigation by NHTSA.

California revoked Pony.ai’s permit to test autonomous vehicles with a driver aboard in May, citing a failure by the company to monitor the safety records of its test drivers.

A Pony.ai spokesman did not immediately respond to a request for comment about the safety of the company’s current testing operations or details about its planned testing program in Tucson.

The privately held company got a $400 million investment from Toyota in 2020 and claims a valuation of $8.5 billion.