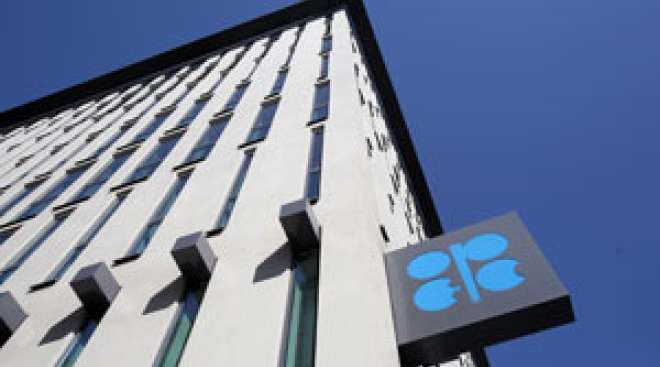 OPEC’s first production cuts in eight years are intended to shrink the world’s bloated oil stockpiles back to a normal level, paving the way for prices to rise to more than $60 a barrel.

OPEC confounded skeptics by agreeing in Vienna on Nov. 29 to fully implement supply cuts outlined in Algiers two months ago. The group will cut production by about 1.2 million barrels a day to 32.5 million and also secured a pledge from Russia to reduce its output by 300,000 next year. The deal will bring global oil supply and demand back into balance early in 2017, faster than previously expected, according to the International Energy Agency.

"Our objective has been since Algiers to stimulate the joint deal with non-OPEC and accelerate the drawdown of stocks,”

Barkindo said. "Inventories have continued to weigh down on prices” and all of OPEC wants to see prices higher, he said.

Last month the IEA warned that oil stockpiles, already at a record level, would continue to expand for a third consecutive year in 2017 unless OPEC cut production. The agency estimates that the current inventory surplus compared to the five-year average is about 300 million barrels, enough to fill 150 supertankers.

“Before the OPEC decision we expected oil markets to rebalance towards end of 2017,” IEA Executive Director Fatih Birol said at a briefing in Bratislava, Slovakia. After the agreement to cut production, “one could well see rebalancing to take place earlier, in early 2017.”

Anything short of a production cut would have taken too long to eliminate the oil surplus, Venezuela’s Del Pino said in a Bloomberg TV interview.

"Just freezing the production will take two years to restore an equilibrium,” he said. “Two years it too long."