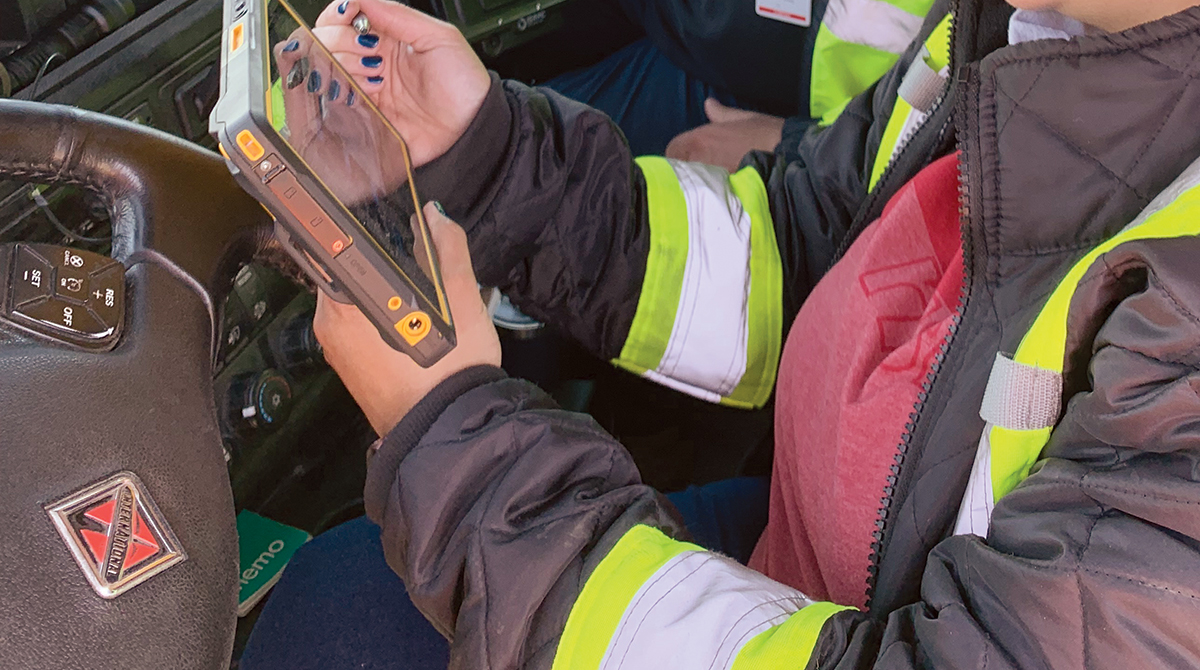 [Find the latest in trucking technology: Explore this quarter's issue of iTECH]

As the cost of diesel rises, so does trucking companies’ interest in technology to monitor and improve miles per gallon.

While fuel economy always is a top concern for fleets, the urgency to wring more efficiency out of their operations has only increased in recent months with U.S. diesel prices soaring past $5 per gallon amid Russia’s invasion of Ukraine.

“We’ve definitely seen an uptick in the fleets that have been interested in fuel-economy reporting lately,” said Carl Robinson, vice president of trucking data and analytics firm Vusion, a Trimble company. 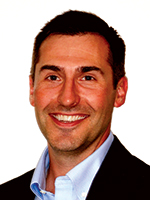 Trucking firms have used telematics systems to track and report fuel consumption data for years. But today those systems are ingesting even more information from various sensors and combining it with other data sources to create a more comprehensive picture of each truck and each driver’s fuel-economy performance. This creates in-depth insights for calculating budgets and strategies to improve business operations.

The evolution of telematics technology over the past decade means “this is not your grandfather’s trucking company anymore,” said Guy Broderick, safety and training supervisor at Ontario-based Kriska Transportation.

“What you can find out now about the truck and how the driver is actually driving the truck is quite remarkable,” Broderick said.

Telematics systems send data to the back office that gives managers visibility into the fleet’s overall fuel consumption. In addition, the systems identify individual trucks that are not performing optimally. 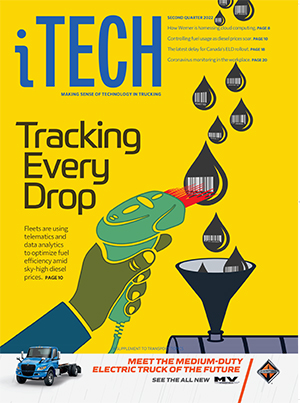 While advances in diesel engine efficiency and truck and trailer aerodynamics have raised the bar for fuel economy over the years, vehicle maintenance and driver performance also are major contributing factors in a fleet’s overall fuel efficiency. Telematics applications flag areas for adjustments or improvements in both of those categories.

The Vusion platform, which launched more than a decade ago, analyzes fleet operations and fuel-consumption data. In recent months, the tech vendor received calls from fleets that already have the technology and requested reminders about how the fuel-economy feature works, Robinson said, while those that don’t have the system want to explore the benefits of adding it.

The system provides extra context by considering aspects such as truck make, model, speed, rpm and idle time. It also pulls information from dispatch about load type and weight.

Analyzing these metrics granularly also is a key component of the Isaac Instruments telematics system. Its Isaac Coach application helps drivers understand the ideal pedal pressure at any given time. The company says it can save fleets up to 15% in fuel costs.

The application provides real-time feedback via easy visual cues: Three circles on the in-cab tablet screen turn different colors based on the pedal movement and 40 other truck and load parameters. As with other dashboard gauges, drivers easily understand their performance just by glancing at it, and it’s “not something they need to stare at to get the job done,” said Jean-Sebastien Bouchard, Isaac co-founder and executive vice president of sales.

Figuring out how to fairly monitor and assess drivers for fuel performance when truck, load and external conditions vary widely is an industrywide challenge, but modern telematics systems even the playing field, sources said.

“We fairly assess drivers; we don’t focus on mpg,” said Bob Magnant, vice president of sales and business development at fleet management software company Vnomics. “We provide an efficiency metric for fleets that says with the truck that the driver was given, the route and the load that was in the back in the trailer, this is the best mpg they could have gotten.” 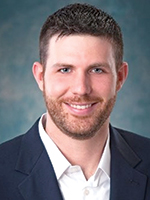 “Think of it as kind of like the rumble strip on the side of the road — a little bit of feedback when they veer off of the efficiency path,” Magnant said.

Plus, the in-depth monitoring reduces the likelihood of fuel theft and helps to track down perpetrators in such cases.

Tech vendors also are upgrading their navigation software to include fuel-optimization options.

Driver app developer Trucker Path recently released its Command transportation management system, which has a route fuel-optimization feature that builds on standard truck navigation technology by adding fuel price and consumption data. Users input parameters including travel route and fuel tank size, and the system combines that with the price of fuel at various stops along the route. The system suggests economical routes and how much fuel a driver should buy at each location for maximum savings.

Keller Trucking also uses a fuel-compliance tool as an efficiency resource. The company built the tool in-house and makes it available through its driver app. Fuel prices are loaded into the system daily, and drivers receive recommendations on the most economical locations and times to refuel along their route.

“That’s really a big deal on the fuel cost savings: compliance with where you’re buying fuel and when you’re buying it,” Wolfrum said.

Keller Trucking is among the many fleets that incorporate each driver’s performance data into a monthly incentive program that rewards the highest achievers. The program utilizes telematics and coaching tool data in addition to points earned by heeding compliance tool suggestions for fuel purchases.

“It’s really positive any time you can tie in a financial incentive,” Wolfrum said. The program motivates drivers to use coaching technology to improve efficiency, and “90-plus-percent of our drivers really do have a great buy-in and watch [the gauge] consistently. And the fleet managers communicate with them as they’re improving.”

Yet, some truckers still prefer to rely on other loyalty programs instead of the lowest fuel cost recommendations. 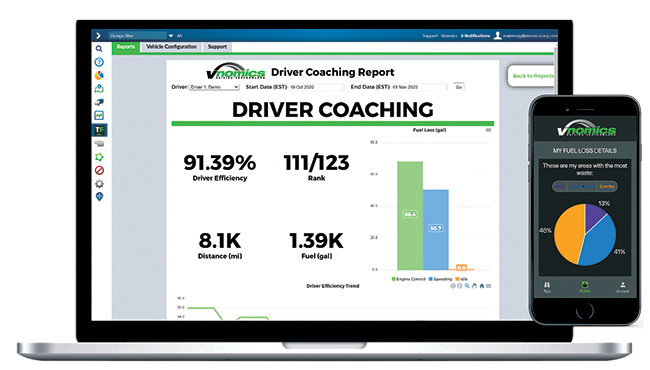 “We try not to micromanage that to a really deep extent because you can cause more harm than good on the driver retention side,” Wolfrum said. “But as long as we’re giving them good recommendations and incentivizing them for making the right decisions, I think it goes a long way toward fuel efficiency.”

Kriska Transportation also counts coaching tool scores toward a monthly financial incentive program. Many of the fleet’s drivers have upward of 20 years’ experience and initially resisted the idea that they needed digital coaching, Broderick said. However, most have come around to the idea and discovered areas for improvement. In fact, some of the staunchest opponents of the technology now use it faithfully to check their scores and created a friendly internal competition with fellow drivers.

“They realized, ‘This does work and I am learning things … I didn’t realize that I was doing some things totally wrong,’ ” Broderick said. “It’s slowly been changing a lot of people’s mindsets.”

Isaac’s Bouchard said his company’s system accounts for a plethora of factors that influence mpg — road grade, temperature and inclement weather, for example — that are out of a driver’s control. Therefore, drivers feel like they’re being evaluated more fairly than when they’re evaluated on performance alone. That results in higher driver satisfaction and potentially lower turnover rates.

In the future, the adoption of battery-electric vehicles in some trucking applications promises to help alleviate transportation companies’ concerns about high fuel prices.

The high cost of diesel fuel is “pushing some people over the edge into electric” vehicles, Keller Trucking’s Wolfrum said. Still, he believes longhaul trucking’s tipping point to majority EVs is a “long way off,” and right now the focus for electrification is “yard operations and shorthaul operations.”

“It is an incredible tool,” Kriska’s Broderick said, “and we’re kind of just scratching the surface of what we can do with it.”