High Mark for the Year is Reached 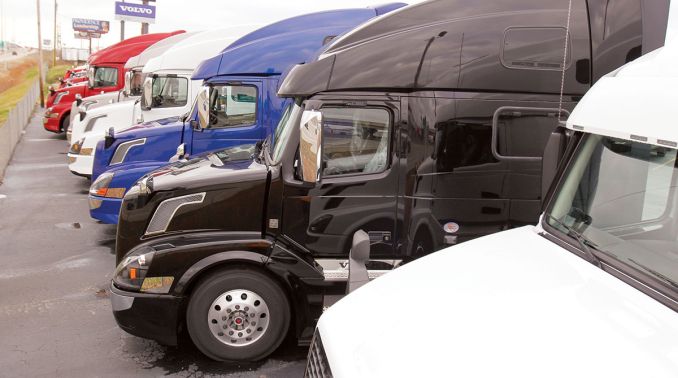 Retail Class 8 sales in March hit the high point for the year and still slipped 7.6% compared with a year earlier, Wards Intelligence reported.

“The industry retails in March came in stronger than we expected after a pretty slow and steady January and February 2022,” Magnus Koeck, vice president of strategy for Volvo Trucks North America, told Transport Topics. “But it will be interesting to see if the higher industry retail level will hold into April as we continue to face labor and material shortages throughout the supply chain.”

“Sales have not been particularly robust. They have lagged production,” said Steve Tam, vice president of ACT Research. “Now it appears some were able to catch up, get trucks delivered, process the paperwork, actually culminate the transaction.”

A number of mostly built trucks (and trailers) over the past months have been sidelined until the finishing components came in.

It was another month of mixed results among the truck makers — four posted declines compared with the 2021 period. Three notched gains, although two were modest.

The smallest truck maker, Daimler Truck North America’s Western Star brand, rose the most and posted the fewest sales, 658, but that was 15.4% higher compared with a year earlier.

“Demand for trucks remains exceptionally strong, but supply chain bottlenecks and component scarcity continue to affect our manufacturing. We’re working our way through these issues, and our own backlog, as quickly as possible,” said David Carson, senior vice president sales and marketing at Daimler Truck North America. “We are keenly aware of the need for new equipment and — along with our dealer partners — are here to help support our customers.” 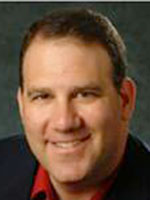 “While there are headwinds from inflation, supply chain issues and uncertainty from the Russian war in Ukraine, Mack continues to see strong demand for all vehicles in its product family,” said Jonathan Randall, senior vice president of sales and commercial operations.

One customer has experienced a prolonged delay on a 50-unit, built-to-spec order for Mack Anthems.

Garrett Bowers, CEO of Bowers Trucking and Logistics Inc. in Ponca City, Okla., told TT that the order was placed in December 2019. To date, only 10 have been delivered — in 2020 — with 30 due for shipment this year and the 10 remaining units set to arrive in 2023.

“We actually have a driver waiting list, luckily,” Bowers said. “They are anxious to come aboard once we start receiving new units.”

DTNA’s Freightliner brand, the Class 8 market leader, fell 13% to 7,691 compared with a year earlier. That contrasted with increases in its March sales in Classes 6-7, segments it also led.

In other sales-related news, Tesla Inc. reported it intends to begin production of its Class 8 Semi next year, the latest date after a series of multiyear postponements.

In 2017, J.B. Hunt Transport signed up with Tesla for multiple units.

That is still the carrier’s intention, “but we cannot comment any further,” a spokesman told TT in April.

Meanwhile, Dollar General Corp. announced during its latest earnings call with investment analysts that it would significantly increase the size of its private fleet.

He said Dollar General saves an average of 20% of associated costs every time it replaces a third-party tractor with one from its private fleet.

“We believe our private fleet will become an increasingly significant competitive advantage,” Owen said, “as it gives us greater operational control in our supply chain while further optimizing our cost structure.”

Chewy Inc. also is looking to reduce freight costs by assuming a larger role itself.

“We’re launching what I would call Chewy Freight Services, or CFS, which is starting out as a linehaul initiative, where we will operate a portion of our own middle-mile fleet and network,” CEO Sumit Singh said during the company’s latest earnings call. “We launched this into the Phoenix market in Q1 2022, and we’ll look to scale this in 2022.”