How to Name a Trucking Company 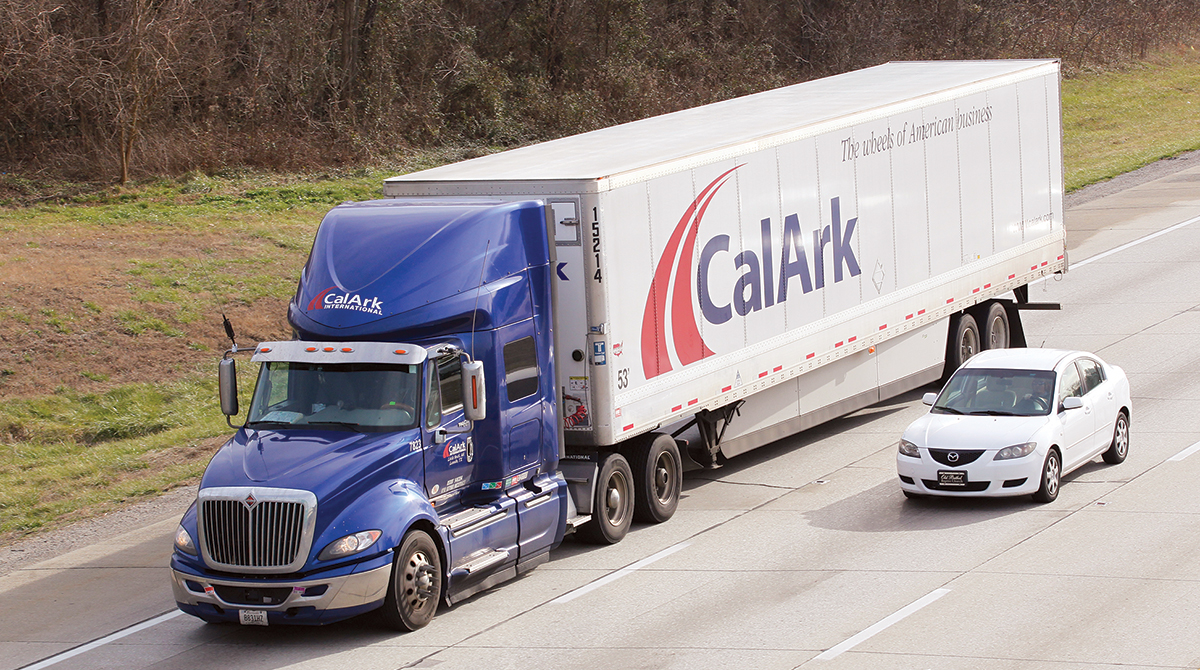 A CalArk truck on Interstate 65 in Shepherdsville, Ky. Some companies get inspiration from the regions in which they operate. (John Sommers II for Transport Topics)

Picking a name is one of the first decisions that every company founder makes.

The name can be quite simple and personal, as it was for Chester Rodney England when he bought a Model T truck in 1920 to begin hauling fresh produce and milk from farms around Plain City, Utah, putting C.R. England Inc. on a path to becoming the nation’s largest refrigerated motor car­rier and a business that has been passed down through four generations of family members.

Likewise in 1961, Johnnie ­Bryan Hunt began hauling rice hulls to chicken farms near his home in Lowell, Ark., and following deregulation of the trucking industry in 1980, started building his namesake company, J.B. Hunt Transport Services, into a truckload freight powerhouse.

Names can sometimes have an impact that goes beyond the original business.

A company called Two Men and a Truck, which was actually started by a woman, parlayed its quaint name and funky logo into a national moving franchise, and in the process contributed to an explosion of companies with similar-sounding names, such as Starving Students Moving and Two Marines Moving. Now there are also College Hunks Hauling Junk & Moving, Mighty Men Moving and All My Sons Moving and Storage.

Animal names are popular, especially if they are known for speed, such as Panther Expe­dited and Roadrunner Transportation Systems.

Some founders pick names that reflect spiritual and religious beliefs, such as Covenant Transport in Chattanooga, Tenn., King Solutions in Dayton, Minn., and Bless LLC in Lincoln, Neb.

There’s also the guy in Minnesota who named his com­pany Semi Crazy Trucking, which doesn’t sound so crazy when you think about it.

In 1983, a company in New Jersey called Guaranteed Overnight Delivery made its debut. It garnered considerable attention for its use of the initials G.O.D. in huge titled block letters on the sides of its trailers. Unfortun­ately, the name was not enough to prevent G.O.D. from going out of business in 2004.

Geography has always been a prominent factor in com­pany names, echoing a time when trucking services were strictly limited to specific traffic lanes and regions. There’s Western Express in Memphis, Tenn., and the now defunct Eastern FreightWays, which was part of a trucking group that included New England Motor Freight.

Old Dominion Freight Line owes its name to its origin in the state of Virginia, although the headquarters for the national less-than-truckload carrier now are in North Carolina. Pittsburgh-based Pitt Ohio Express has likewise grown far beyond its original service territory of Pennsylvania and Ohio, just as CalArk International, based in Little Rock, Ark., now covers all of North America from its beginnings as a longhaul truckload carrier moving goods between California and the Southeast.

Some companies prefer to be known by their initials only. Iowa-­based CRST International, for example, was launched as Cedar Rapids Steel Transport in 1955. NFI is the modern version of National Freight Inc., founded by the Brown family in 1932. YRC Worldwide is a company formed from the merger of Yellow Transportation and Roadway Express. XPO Logistics took its name from the ticker symbol of Express-1 Expedited Solutions, a company acquired in 2011 by a group of financial investors led by Bradley Jacobs.

With more than 770,000 for-hire carriers in the truck registration database at the U.S. Department of Transportation, it’s hard to say what names are the most popular.

How Dash Cams Protect Your Drivers and Your Business