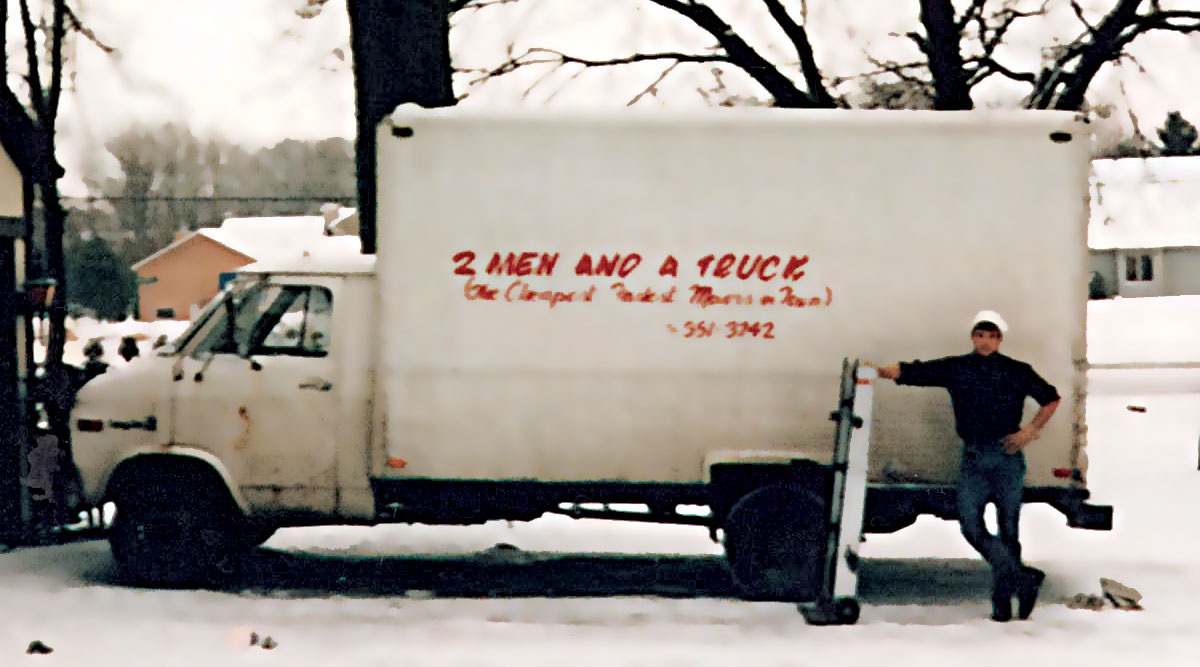 Brig Sorber stands next to the box truck that his mother bought to haul antiques and furniture she found at estate sales. It was later used as the first enclosed moving truck for Two Men and a Truck. (Photo courtesy of Brig Sorber)

All of Brig Sorber’s family played a part in the creation story of Two Men and a Truck, which has grown from humble origins into one of the largest moving companies in North America.

As a budding entrepreneur and the owner of a 1966 Ford pickup truck, Sorber and his brother, Jon, got their start in the early 1980s, hauling loads of junk back and forth to the dump. They called themselves Men at Work Movers.

“For my brother and myself, it was basically beer and book ­money,” Brig Sorber said. “We really didn’t think it was going to go anywhere.”

When Sorber left to study geography at Northern Michigan University, Jon continued the business along with some friends until he left for college in 1984. 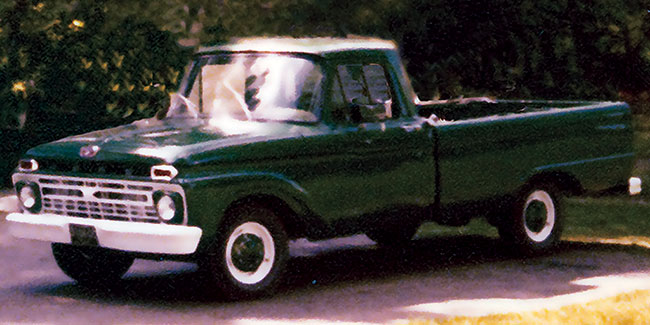 The Ford pickup truck Brig and his brother Jon used to haul loads to the dump. (Brig Sorber)

At that point, their mother, Mary Ellen Sheets, made the first formal investment in the company. She offered up a $350 used step van. At the time, Sheets owned a small store in Lansing, Mich., where she sold upcycled furniture that she found at estate sales and auctions.

“On my desk sits an orange ­candy jar that belonged to my great-great-aunt, and that was on our kitchen table,” Sober said. “My brother and I would take $3 from every move that we would do and put it into the jar. That was our ad fund.”

Their mother doodled what became the company’s logo — a truck and two stick figures, one for each boy — on a napkin that was taped to the candy dish.

“My mom fell in love with the business,” Sorber said. 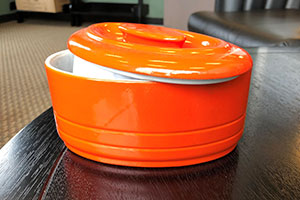 Sheets eventually quit her job as a data processor and cashed in her retirement savings to pursue the business. She ran the com­pany and hired a couple of workers in 1985, while Brig and Jon came home over breaks to help.

“My mother didn’t have a college education, but she was very entrepreneurial,” Sorber said. “I give a ton of credit to my mom. Honestly, we wouldn’t be where we are if she wouldn’t have started it.”

According to Sorber, the company’s big break came when Sheets visited Michigan State University and spoke about small businesses to a group of students. “During one of the breaks, this lady walked up to her and said, ‘Have you ever considered franchising that business?’ and my mom said, ‘Who in the world would want a moving franchise?’”

It took the company three years to become profitable.

“She lived on ramen noodles, and she’ll tell you it was the best time of her life. I’ll tell you she’s crazy,” he said. 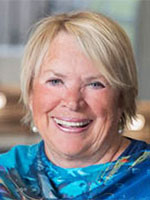 When Sheets made her first $1,000, she wrote out 10 checks for $100 each and handed them out to nonprofits in the Lansing area.

The first franchise was awarded in Atlanta to Sheets’ daughter, Melanie Bergeron, in 1989.

As the company started to expand, Bergeron got more involved and became president in 1994, pushing the company further along in its growth. She now chairs the company’s board of directors.

“We all have our strengths; I am not going to say that it has all been kumbaya,” Sorber said.

The siblings keep things separate, with Bergeron focusing on the franchise side of the com­pany while Jon latched on to the trucking side, leaving Brig to focus on the main office. 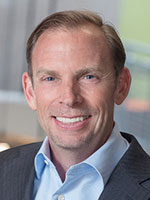 In 2007, Sorber assumed the role of president, continuing where his sister left off. He is now chief brand officer, although his workday continues to look quite the same.

Sorber described the relationships among the siblings as “iron sharpens iron.”

“As the business continued to grow, I just hired smarter people than myself,” Sorber added.

Sorber’s focus has been and continues to be running the day-to-day operations at the company’s headquarters.

“We are all trying to build a business that will outgrow us,” he said. Annual revenue was over $400 million in 2018.

The business model for Two Men and a Truck is straightforward, according to Sorber.

“Number one is we take care of our people,” he said.

Randy Shacka, the current president of Two Men and a Truck, has been with the company since he was a teenager, starting as a marketing intern while he attended Michigan State.

More than 40% of franchise owners started out in a truck or working the phones for the company.

“We have several franchisers that do not have college educations that are millionaires,” Sorber said.

Two Men and a Truck has more than 350 franchise locations. The St. Louis franchise did more than $10 million in business last year. 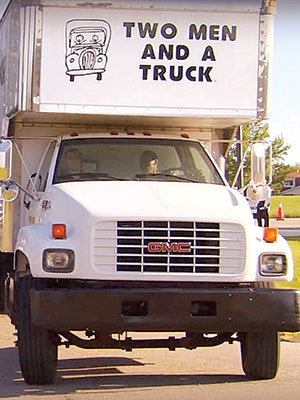 Two Men and a Truck

Sixty eight percent of managers started out working on a truck. The company offers online ­classes and certifications, aiming to grow employees from the bottom up.

“You have to put your money where your mouth is,” Sorber said in regard to investing in the company’s employees.

“We bring God into our business. You walk into our headquarters and the Ten Commandments are in stone right by the front door,” Sorber said. The company offers weekly Bible studies for employees.

The company gives a lot of money back to the communities it is in, donating to The American Cancer Society, Convoy of Hope and Movers for Moms, to name a few.

“You have to take care of every­one,” Sorber stressed. From the drivers, to the customers, vendors and franchise owners, he wants all to be valued. “If you take care of everybody and stay profitable, it comes back.”

Hard work is paramount at the office, but Sorber also has a deep appreciation for letting loose and making the office a fun place.

Whether it’s blasting Christmas music in the office during the holidays, tuning into March Madness games on televisions or just cracking open some beers on a Friday afternoon, there is always fun to be had.

We are proud to implement our core values every day! What core value is most important to you?
.#move #movers #corevalues pic.twitter.com/aRajP90H8Z — TWO MEN AND A TRUCK® (@TwoMenCanada) June 19, 2019

Sorber said he has never felt better about the young talent he is surrounded with at Two Men and a Truck.

“These younger millennials, people give them such a bad rap, but they are awesome,” he said. “They are smart, got energy, and they want to have fun, so we have fun around here.”

Sorber has children of his own that are similar in age to some of the company’s younger employees. “I look at them and think, ‘If these were my kids, I would want them to have fun working here and to experience new things,’ ” he said.

The company’s operations weren’t always as professional as they are now. Back in the early days of the company, Sorber and his brother experienced their fair share of difficult moves, and things didn’t always turn out pretty.

In one such case, they had a 1 p.m. move scheduled for a man that lived a couple of hours away, meaning their entire day was going to be devoted to this move. Sorber and his brother arrived at the house, knocked on his door and were greeted by the cus­tomer, who looked like he had just woken up.

Sorber told him they were there to move his stuff and the man replied, “Yeah, I’m not going to move today.”

Sorber asked, “Did you consider calling us and letting us know?” To that, he responded, “Nope,” and slammed the door in Sorber’s face.

“My younger brother looked at me, and I said, ‘Come on let’s go.’ We get in the truck, and I pull that moving truck into this guy’s front yard, dropped the clutch and gave it the gas. I ripped his yard, from one end to the other, throwing more sod than you’d see in a sod farm,” Sorber said. 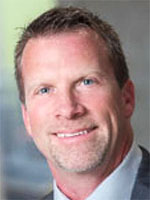 His brother, meanwhile, was freaking out in the passenger seat. Sorber said he looked over at his brother and said, “Well, he should have called.”

Sorber did confirm that he has matured a bit from those days.

Examples include moving elderly people out of their houses and into assisted living, or a couple getting divorced, moving the wife out while she cries.

Sorber said he stresses the importance of these types of moves with his workers and gives them advice on how to handle these situations.

“Don’t just sleepwalk into these jobs. We are moving these people’s lives here. Get involved, learn to read people and learn when to talk and when to keep your mouth shut,” Sorber said.

He encourages movers to embrace the human aspect of a move and its significance to those who are experiencing major changes in their lives.

Lately, Sorber has spent a lot of time reflecting on the his­tory of Two Men and a Truck. He is writing a book, chronicling the stories and experiences that have shaped his family and the ­company.

Two Men and a Truck

Today, Two Men and a Truck has more than 10,000 employees, 180 at their headquarters in Lansing, and averages three moves per minute companywide. They are on track to conduct 670,000 moves in 2019, many of them thanks to the company’s 97% referral rate.

The company ranks No. 70 on the Transport Topics Top 100 list of the largest for-hire carriers in North America.

Regarding the question of whether the company might eventually go public, Sorber said he does not see that in the near future, but added that it might be the endgame for Two Men and a Truck. His biggest concern with going public is maintaining the company’s values.

“I have seen enough executives come in here and think that they can cut and slash so that we are even more profitable, and it is stupid,” Sorber said. He added that it would have to be the right group of people who understand the core values of the company and its brand for him to feel comfortable making that leap.

Sorber is still active with the company but finds that there are many things he can take a back seat to while his CEO and president manage.

“I’m here if they need me, I block and tackle but also have to do things to stay out of their way,” Sorber said. “It still ends at my desk, it’s still a private company, and this old lion still roars every now and then.”

MSC Event Kicks Off With Focus on Workforce Strategies