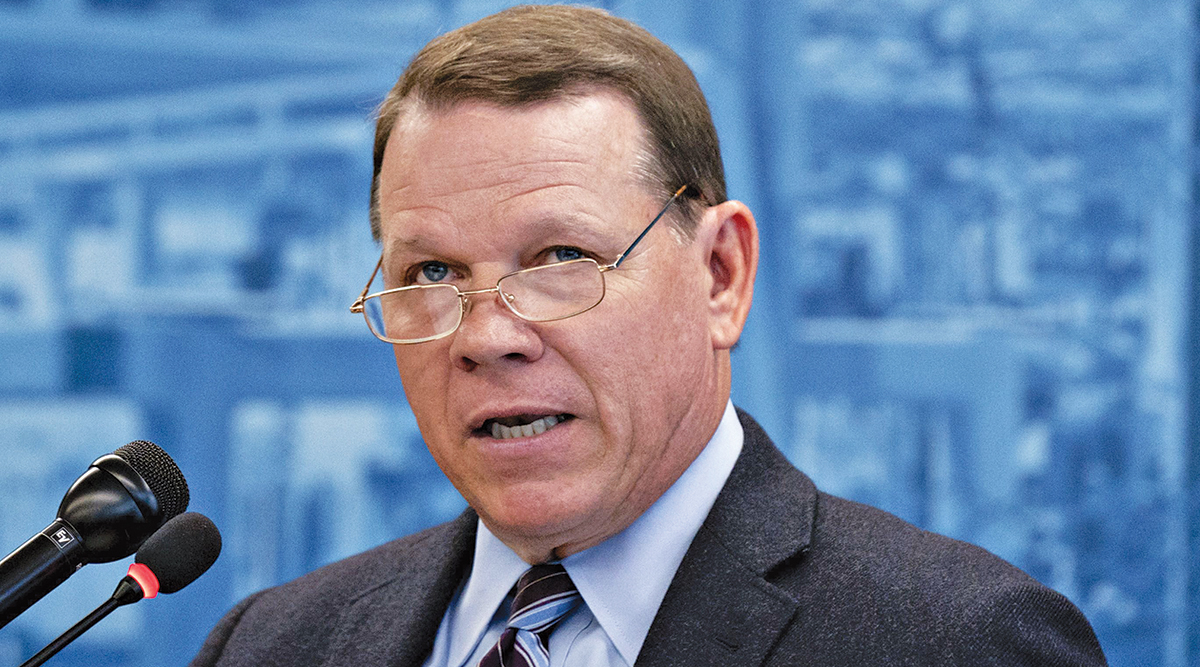 Rep. Sam Graves is proposing testing the concept of a vehicle-miles-traveled fee as part of the modernization of the U.S. Postal Service vehicle fleet. (Andrew Harrer/Bloomberg News)

The top Republican on the U.S. House transportation panel is calling on fellow policymakers to consider funding certain highway programs with revenue from fees collected on the miles vehicles travel.

With transportation policymakers scrambling to identify a sustainable source of funding for highway programs, Rep. Sam Graves (R-Mo.) argued the moment has arrived for serious consideration of a vehicle-miles traveled, or VMT, fee.

A longtime proponent of the VMT fee, Graves is proposing testing the concept as part of the modernization of the U.S. Postal Service vehicle fleet. This modernization effort is expected to include the electrification of vehicles, with accompanying reductions in gas consumption.

“The fact is, we’re ready to move forward,” said Graves this month. “We’ve seen enormous progress at the state and regional level, where multiple pilot programs for VMT systems and alternative revenue collection programs have demonstrated success.” Graves is the ranking member on the House Transportation and Infrastructure Committee.

Graves observed that the Biden administration’s affinity for electrification, as well as Democrats’ ardent support for climate change-centric proposals, lay the groundwork for a transportation funding option not based on revenue from fuel taxes.

“The final step necessary to begin a full conversion to a VMT system is to test it in an interoperable, national setting,” he said. “The [U.S. Postal Service] operates a large, nationwide fleet of vehicles that covers the spectrum from our most densely populated cities to every corner of rural America.” Graves has highlighted several pilot programs around the country testing the viability of VMT systems, and said the postal service offers a logical next step.

“We need a national testbed for VMT, and this could provide an ideal opportunity to test a much-needed replacement for the obsolete gas tax that we rely on to build our roads and bridges,” he said. 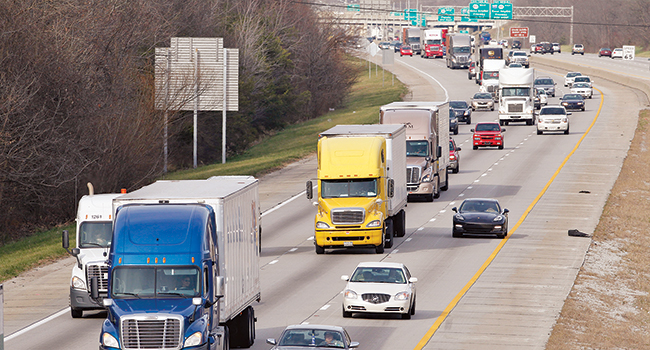 Under a VMT system, fees collected periodically from the miles a motorist travels would be used to fund highway and infrastructure programs. Setting up the infrastructure and technology designed to track a motorist’s movements is achievable via a national rule, proponents argue. Critics of VMTs, on the other hand, point to the potential for privacy violations through tracking devices on vehicles.

VMT fees have been gaining support from transportation policymakers who are opposed to raising the federal fuel tax. However, it remains unclear how receptive Graves’ colleagues are to relying on VMTs to back a multiyear highway policy bill.

The Transportation and Infrastructure Committee, led by Chairman Peter DeFazio (D-Ore.), is expected to take up a multiyear highway policy bill as early as May. Ahead of the bill’s consideration, the chairman has deferred to colleagues on the tax-writing committees to figure out a sustainable source of funding for transportation programs.

In recent years, congressional leaders have not adopted policies to ensure the solvency of the Highway Trust Fund account. Depleting revenue from the 24.4 cents-per-gallon diesel tax and 18.4 cents-per-gallon gas tax is insufficient to meet the obligations of this federal fund, which is used to assist state agencies with highway programs. 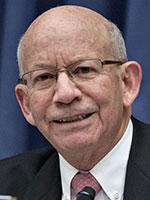 Meanwhile, DeFazio is leading the way on a niche funding practice. This year, transportation policymakers, both Democrats and Republicans, have agreed to take part in earmarking during the highway bill’s consideration. The earmarks process, which had been banned for a decade due to controversy, entails directing federal spending for a specific infrastructure project.

With a new round of COVID-19 aid enacted by President Joe Biden, Congress is setting its sights on an infrastructure-centric economic plan. The Democratic leadership in the House and Senate highway committees has signaled the possibility of relying on certain increases to corporate taxes, as well as income taxes on the wealthy to fund comprehensive infrastructure measures, including highway policy legislation.

The White House has suggested details of Biden’s so-called “Build Back Better” infrastructure proposal would be unveiled in the coming weeks. There is an expectation the plan will propose multitrillion dollars in investments for massive improvements to ports, canals and wastewater networks.

Asked recently about details of the plan, White House press secretary Jen Psaki told reporters: “I just am not going to get ahead of a bill that has not been designed, formalized, finalized, packaged in terms of size, scope, or timeline at this point in time.” Psaki also pointed to Biden’s pledge during the campaign to not increase taxes on individuals making less than $400,000 annually.

Transportation Secretary Pete Buttigieg emphasized the administration’s goal of updating the country’s main highway law before it expires Sept. 30. During a tour of a UPS facility in Maryland on March 15, the secretary affirmed his team is “looking forward to all of the things that we know we’ve got to do this year.”