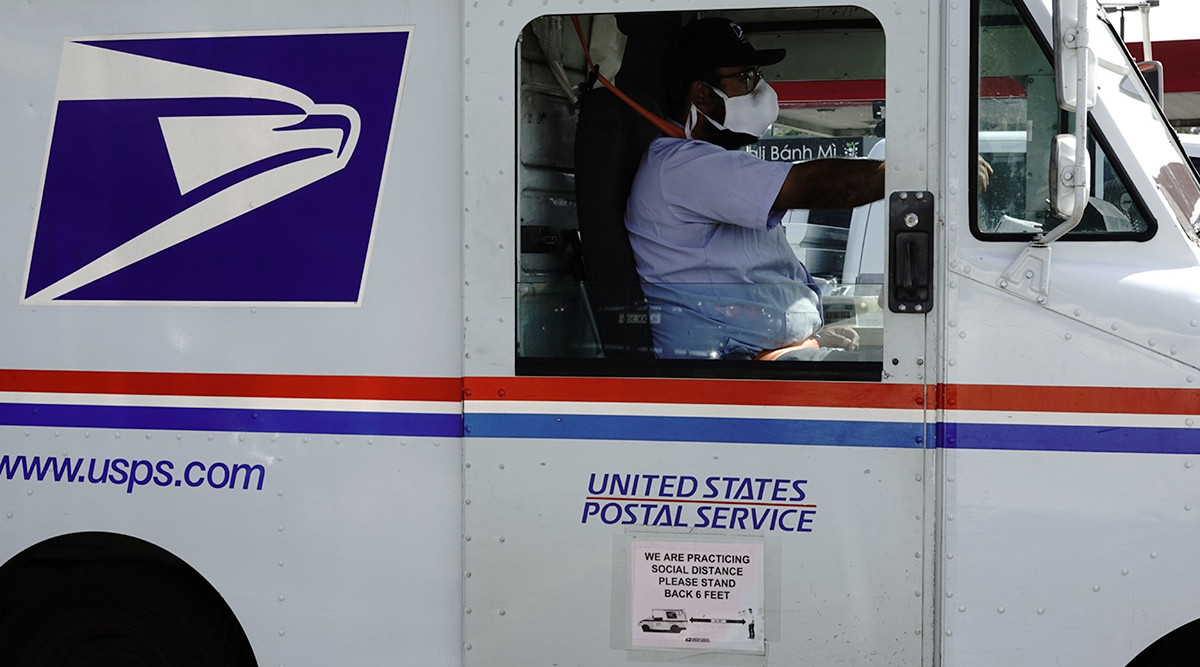 USPS trucks like these could be replaced by electric vehicles under an order by President Biden. (Bing Guan/Blooomberg News)

President Joe Biden is preparing an executive order to marshal the federal government’s purchasing power by requiring that federal agencies — including the U.S. Postal Service — buy clean vehicles and renewable power, according to three people familiar with the matter, though the timing of the announcement isn’t clear.

“The federal government also owns an enormous fleet of vehicles, which we’re going to replace with clean electric vehicles made right here in America, by American workers,” Biden said, adding the move would create millions of jobs. “Together this will be the largest mobilization of public investment in procurement, infrastructure, and R and D, since World War II.”

“Federal procurement is one way to bring about the economies of scale you need to bring down the cost of many of the clean energy technologies that will be so critical to reducing greenhouse gas emissions,” said Elgie Holstein, a senior director with the Environmental Defense Fund. “Federal procurement is a pretty big part of the administration’s strategy for getting us off to a quick start in bringing back the momentum we lost in bringing down greenhouse gas emissions and creating new jobs in the clean energy sphere.”

Just electrifying the U.S. Postal Service fleet — which was exempt from Obama-era fleet fuel efficiency standards — could deliver an immediate jolt. The postal service now operates more than 228,000 vehicles — one of the largest civilian fleets in the world.

The Postal Service has been considering a broad replacement for years and was on track to choose a winning design from what was originally six prototypes early this year.

Companies that could benefit from the moves include Workhorse Group Inc., an Ohio-based startup offering a fully-electric option.

Electric Vans Roll Off Line That Once Made Gas-Guzzling Hummers