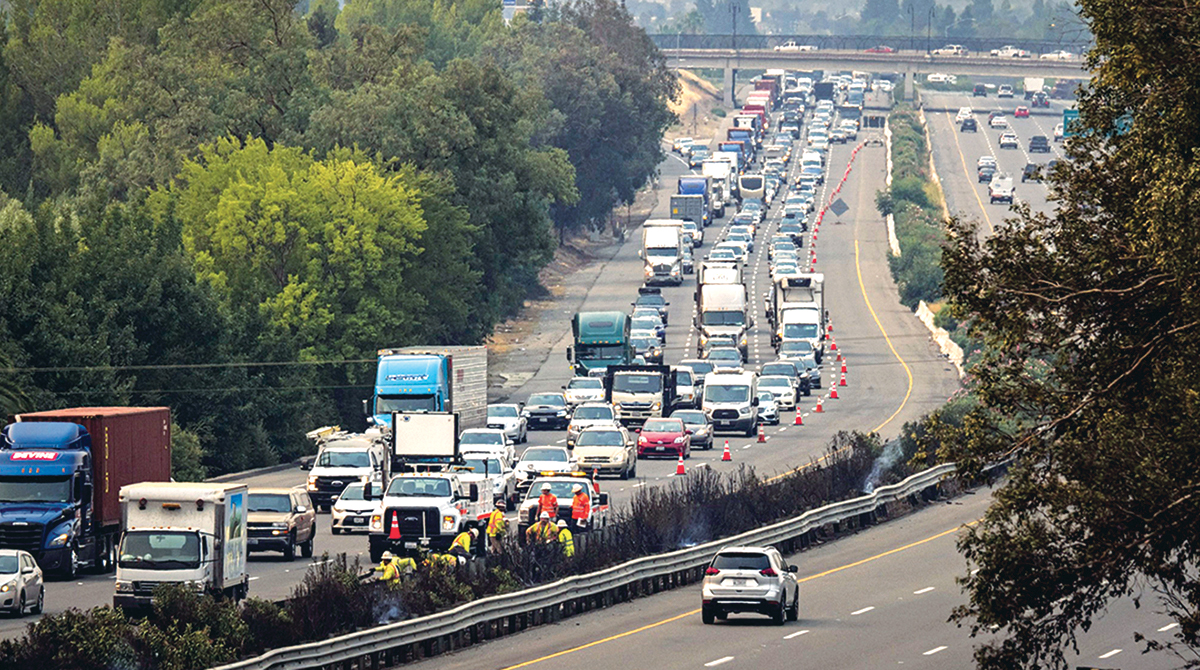 The administrative costs of a national vehicle-miles-traveled fee system represent a more complicated picture than the costs associated with financing mechanisms such as the federal fuel tax, according to a recent analysis from the American Transportation Research Institute.

ATRI on March 17 released “A Practical Analysis of a National VMT Tax System,” which assesses the requirements, costs and benefits of a system for levying a per-mile charge on drivers. The analysis indicates the complications associated with tracking and collecting money from a few hundred million vehicles are greater than the administrative requirements of collecting fuel taxes from a few hundred fuel terminal operators. Beyond that, the report states collecting revenue from a remote user group is more complex than collecting at the point of service, as is the case with tolling.

The estimated cost to provide dongles — the hardware that plugs into vehicles’ onboard electronics systems to track miles — to the 272 million private vehicles registered in the U.S. is about $13.6 billion, according to the analysis.

“Suddenly, we go from spending $70 million a year in the U.S. to manage the federal program to over $13 billion in a national administrative cost for a VMT program,” ATRI Senior Vice President Dan Murray told Transport Topics. “It’s a massive scale. This is going to be an extremely complex and expensive proposition for this country.”

Compliance and enforcement costs are another consideration. Measures to deter evasion noted in the analysis include ensuring mandatory participation and collecting delinquent payments. For toll authorities, the Congressional Research Service reports a “leakage rate” — the portion of transactions for which payment is not received — of 5% to 10%. ATRI’s analysis suggests this figure is likely to be higher for a system that encompasses all roads, not just single toll facilities. Based on public data from other programs and industries, ATRI estimates evasion and noncompliance with the program will exceed $7.87 billion annually.

The report identifies user-related concerns, including privacy considerations, perceptions of fairness and lack of participation, as issues that may undermine the viability of a VMT tax.

“It’s hard to have a discussion about this fundamental change if no one sees a problem to begin with,” Hendren told TT.

ATRI President Rebecca Brewster said this analysis is the first report the institute has conducted solely on the subject of VMT. ATRI’s Research Advisory Committee voted in March 2020 to conduct a cost-benefit study of the VMT concept after some lawmakers sought support for a trucks-only VMT charge in February 2020.

The analysis indicates a VMT tax pertaining exclusively to trucks would apply to a small sector of the overall vehicle population. According to ATRI, there are 276.4 million registered motor vehicles in the U.S. The majority of the fleet — 67.9% — represent private cars and SUVs. Approximately 2.7 million vehicles — 1% — are truck tractors owned and operated by the trucking industry.

Trucks also cover a small amount of total vehicle miles traveled on the roads. In 2019, all vehicles covered a total of 3.26 trillion miles in the U.S., mostly represented by light-duty vehicle travel. Combination trucks represented 5.4% of those miles in 2019.

Murray said the research indicates it will likely be years or decades before the U.S. sees infrastructure investment revenue coming from a VMT program. However, he said the country’s infrastructure can’t survive another 10 years without an infusion of revenue, and pointed to fuel taxes as a funding solution. The federal fuel tax, which supports the Highway Trust Fund, has stagnated at 24.4 cents a gallon for diesel and 18.4 cents a gallon for gasoline since 1993.

At the federal level, road usage charges are being considered as sustainable funding solutions. At an industry event in February, Transportation Secretary Pete Buttigieg suggested the merits of a usage charge system — so long as privacy concerns could be addressed. On March 16, the Federal Highway Administration awarded $18.7 million to eight projects to test user-based funding methods.

“With policymakers preparing to lay out a vision for the future of America’s infrastructure, ATRI’s analysis could not come at a more critical time,” said American Trucking Associations President Chris Spear. “Most experts agree that some sort of VMT system is a part of that future, and ATRI’s report makes clear that implementing it will take thoughtful leadership, cooperation from stakeholders and a strong plan to transition away from current funding streams.”