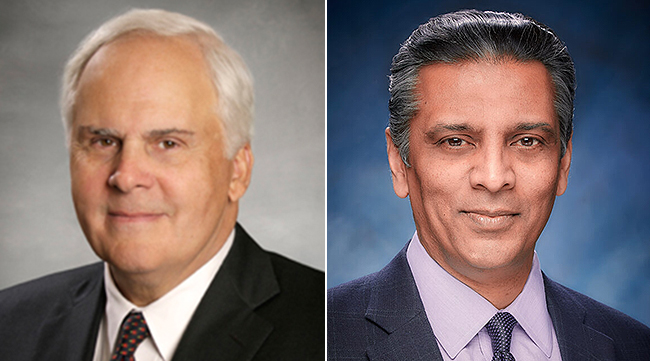 FedEx Corp. founder Fred Smith is stepping down as CEO of the company and transferring the leadership post to Raj Subramaniam, who currently serves as president and COO, the company announced March 28. Smith will remain as executive chairman.

“FedEx has changed the world by connecting people and possibilities for the last 50 years,” Smith said. “As we look toward what’s next, I have a great sense of satisfaction that a leader of the caliber of Raj Subramaniam will take FedEx into a very successful future.”

Subramaniam will retain the role of president.

The change will officially take effect June 1, but Subramaniam has been named president and CEO-elect of FedEx Corp., effective immediately.

“Fred is a visionary leader and a legend of the business world,” Subramaniam said. “He founded one of the world’s greatest and most admired companies, and it is my honor and privilege to step into this role and build upon what he has created. As we continue to transform as a company and re-imagine what’s next, we will keep our people-service-profit philosophy at our core. I am immensely proud of our 600,000 team members around the world.”

The COO post will not be backfilled, the company said.

Smith said in a statement he still intends to play a significant role in shaping policy. “In my role as executive chairman, I look forward to focusing on board governance as well as issues of global importance, including sustainability, innovation and public policy,” he said.

Industry leaders reacted with praise for Smith’s contributions to transportation.

“There is no bigger titan in trucking and transportation than Fred Smith,” said American Trucking Associations President Chris Spear. “Over the course of five decades, Fred built FedEx from the ground up into one of the most iconic and innovative companies the world has ever known. His contributions have not only benefited our industry; they have helped transform our economy and forever changed the way we all live.”

Spear added, “We also congratulate Raj Subramaniam on his promotion to become FedEx Corporation’s president and CEO, and look forward to working with him as he leads FedEx into its next chapter of innovation and success.”

“This is huge news and Fred Smith has had a massive impact on our industry,” American Association of Railroads President Ian Jefferies told Transport Topics. “I think he is one of the individuals who has had the largest impact on the transportation, trucking, supply chain and logistics industries in the last 50 years and his impact will be felt for generations to come.”

Smith, 77, in 1965 developed the idea for a global freight carrier that specialized in urgent deliveries for a Yale University term paper. According to Smith, his professor didn’t like the idea.

Undeterred, Smith incorporated Federal Express Corporation in 1971 and by 1973 launched operations at what was then called Memphis International Airport. Smith choose Memphis because of its central location and generally good weather.

The timing coalesced with rising business and consumer demand in the United States and globally for next-day package delivery. By 1983 the company’s revenue exceeded $1 billion. In 1984 it expanded into Asia and Europe, and in 1988 it acquired Flying Tiger Line, a key competitor.

In 1994, the company officially rebranded as FedEx. In April 2015 it acquired rival TNT Express in a $4.8 billion deal that expanded its operations in Europe.

Spear added, “As he steps back from day-to-day operations to serve as executive chairman, Fred Smith can take enormous pride in the lasting legacy he’s achieved through his hard work, ingenuity and vision. His leadership will forever be felt and appreciated by the millions of Americans who work in trucking and the countless more who benefit from its services.” 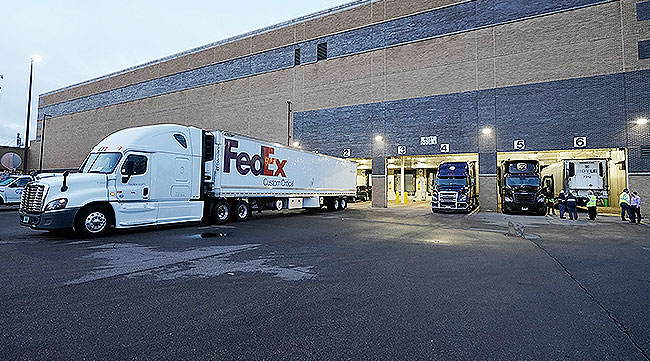 During the pandemic, FedEx has delivered tens of millions of doses of COVID-19 vaccines to countries around the world.

In other leadership changes, R. Brad Martin becomes non-executive vice chairman of the board. In this role, he is the designated successor to serve as board chairman. He currently chairs the board’s audit committee.

FedEx Corp. ranks No. 2 on the Transport Topics top 100 list of the largest for-hire carriers in North America.