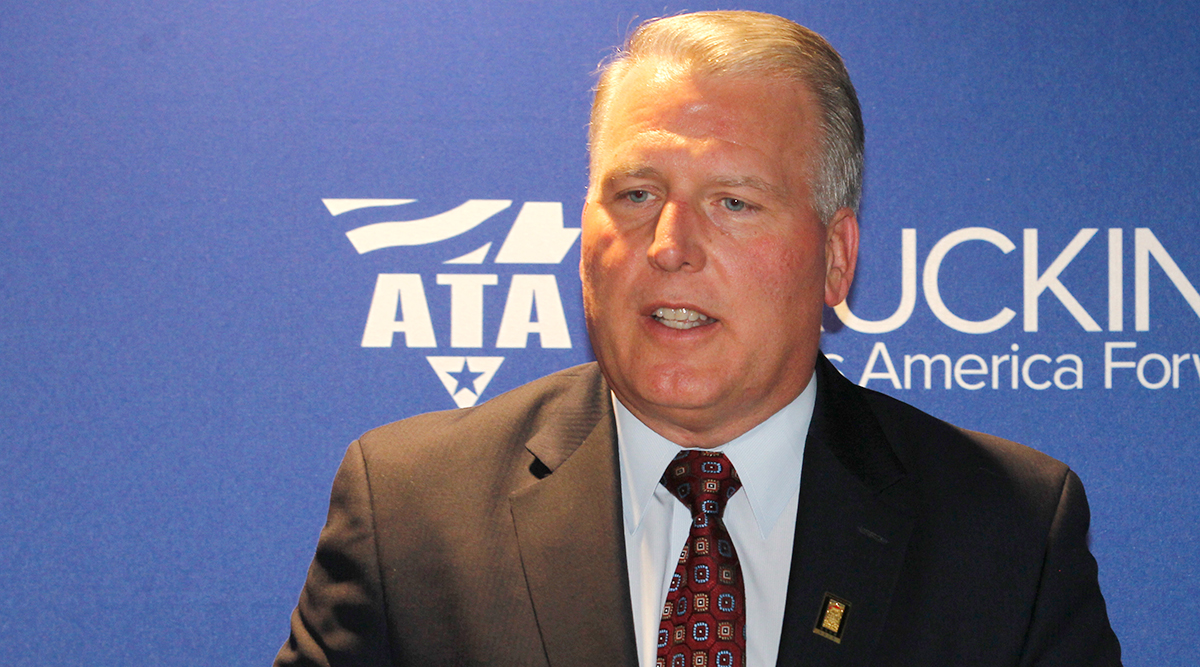 Dave Manning at an industry show in 2015. Manning in 2017-18 served as ATA’s 73rd chairman. (John Sommers II for Transport Topics)

After more than three decades working for Nashville, Tenn.-based motor carrier TCW — including a more than 20-year stint as its president — as well as a year as chairman of American Trucking Associations, Dave Manning has decided to retire.

“Trucking is a people business. That’s the part I enjoy the most: working with people, learning from people, and developing people,” Manning told Transport Topics. “I started out working on the dock. I wasn’t even old enough to drive a truck at that point. My uncle owned a trucking company, so summers, Christmas break, I worked for him part-time.”

Manning went to work for his uncle full-time after college, and in 1985 joined TCW. He worked his way up through the ranks, including time as a dispatcher, occasional driver and in the safety department. He became president in 1992. 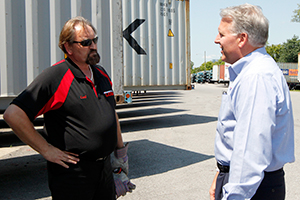 “I had the opportunity to learn it from the ground up,” he said. “With a smaller company, you wear a lot of different hats, and TCW has grown over the years.”

TCW has grown from a single location in Nashville to a dozen locations across 12 Southeastern states. The company has 650 employees, including 500 drivers. It operates exclusively with day cabs, mostly with two drivers in the cab. There are 375 trucks in the fleet.

He added, “I’ll still engage with the TCW people, but I won’t have any leadership role. The Dave Manning days are over at TCW.” 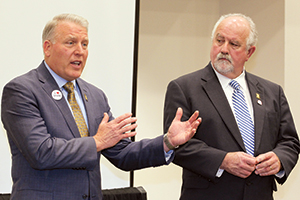 Manning said TCW began developing a transition plan eight years ago, leading to the appointment of Scott George as the new CEO.

“We set up a leadership team, and it’s been very successful,” Manning said.

Manning in 2017-18 served as ATA’s 73rd chairman, where he was active in the federation’s government affairs efforts on the federal and state level. He made numerous trips to Capitol Hill, the White House and state capitals to advocate for the trucking industry.

“This is the part I will miss the most in this retirement phase,” he said. “You have to be a motor carrier to have those leadership positions. I’ll be stepping aside from a lot of the ATA committees and responsibilities, and the same thing with the Tennessee Trucking Association.”

Dave has been a leader in our industry and this association for many years, and like all good leaders, he is leaving things better than he found them.

ATA President Chris Spear said Manning made a significant contribution to trucking during his long career.

“Dave has been a leader in our industry and this association for many years, and like all good leaders, he is leaving things better than he found them,” Spear told TT in a statement. “His work in establishing our Intermodal Motor Carriers Conference on chassis choice and as ATA chairman has made him a tremendous asset to trucking.”

Despite retiring from TCW, Manning plans to remain active for the next few years with the North American Chassis Pool Cooperative, which is working to stabilize pricing and choice in the truck chassis industry.

“Whatever they need me to do,” he said. “I think it will be on a consulting basis. I’ve committed to doing that for a couple of more years, then we’ll evaluate where we are at that time.”

ATA’s IMCC is engaged in a legal battle with the Ocean Carrier Equipment Management Association at the Federal Maritime Commission. The IMCC is alleging that trucking companies have been overcharged for chassis at ports and other facilities across the country for several years.

“Motor carriers should be able to pick the provider they want to when they are paying the bill,” Manning said. “That’s why NACPC was formed. We didn’t like the fact we were being told who was going to bill us, and they could bill us whatever they wanted to and under whatever terms. That’s still a challenge today. It’s somewhat better. Some ocean carriers allow motor carriers to choose, but there are still a lot that don’t. I don’t think the current model works extremely well for anybody, and collectively, we have to figure out what is a good model for the future.”