Drone Deliveries Ready to Soar in Japan, but Issues Linger 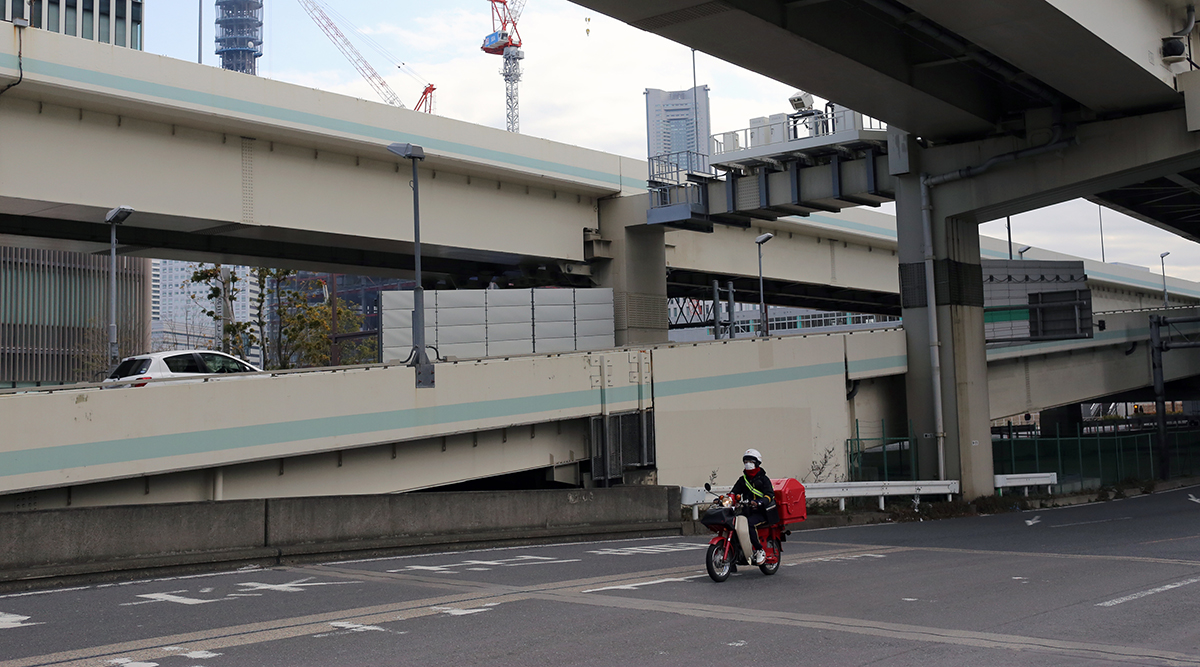 Amazon.com wowed the world in 2013 with a video purporting to show what the future of the delivery industry would look like. But are we any closer to that now? The answer seems to be no — at least in Japan.

The nation is set to take a step forward in the sector this year as the government prepares to deregulate aviation rules so delivery firms can use drones in rural areas. But people in the industry have voiced concerns that safety, noise and other issues are likely to prevent so-called multicopters from making doorstop deliveries anytime soon.

“We’ve been saying ‘This year is the dawn of drone delivery,’ ” said Shinji Suzuki, president of the Japan UAS Industrial Development Association (JUIDA), which promotes the use of unmanned aerial systems.

After Prime Minister Shinzo Abe’s announcement in 2015 that Japan will deregulate drone flights in three years, the government is expected to ease rules this year so drone pilots can fly multicopters even without “visual tracking,” a safety regulation that requires flights made by unmanned aerial vehicles be monitored at all times.

When a drone can no longer be physically viewed by its pilot, someone else must be able to track it and make sure people are not under the flight route. This is a costly regulation for would-be delivery companies.

“To start drone delivery, the change in this rule is a must,” said Suzuki, who also is a professor at the University of Tokyo’s Department of Aeronautics and Astronautics.

To ensure safety under the proposed revision, flights outside the controllers’ field of vision would be allowed in unpopulated areas. Instead of having others track the drones directly, pilots likely would track the machines’ surroundings through onboard cameras.

Some rural municipalities are hopeful such flights can help seniors in depopulated areas keep stock of daily necessities. 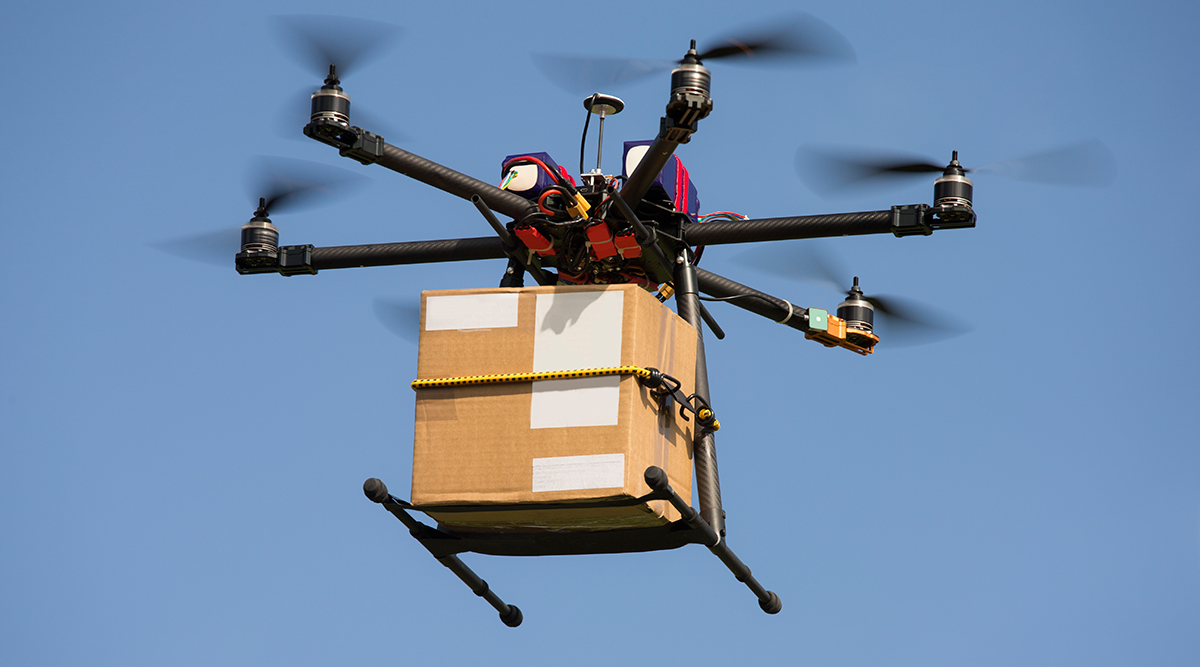 Last year the city of Ina, Nagano Prefecture, population 68,000, conducted a drone delivery experiment three times in a mountainous depopulated area where about 40% of the residents are 65 or older.

“There are many elderly people whose mobility is limited. We are testing drone delivery because we think it could be an effective means to distribute daily necessities,” said Takumi Shigemori, director of the policy planning division.

Some private firms and local volunteers deliver parcels in the area, but the city fears that labor shortages — a deeply rooted issue that is affecting the entire country — will prevent this situation from being sustainable.

“Connections among people are important, so we are not saying that drones should take care of all the deliveries, but it is something that we need to test in terms of efficiency,” Shigemori said.

In a field test in March 2017, a drone carried a 500-gram parcel about 400 meters from a shop to a customer’s home. But in a test in November, a multicopter equipped with a float and a parachute detected an anomaly and made an emergency landing on a lake.

Nevertheless, the tests confirmed the general convenience of drones, though the city still faces hurdles in getting them to work.

How to make drones easier to fly is one issue, Shigemori said. Drones can fly autonomously if the routes are programmed in advance, but installing such settings needs to become easier, he said.

Also, even in sparsely populated areas, the concept depicted in Amazon’s 2013 video of doorstop deliveries still may be far off.

“A drone might hit something or even crash,” JUIDA’s Suzuki said. “When a drone comes down to the ground, it gets quite noisy.”

Therefore, permission from each home would be needed, but that could be time-consuming, he said. 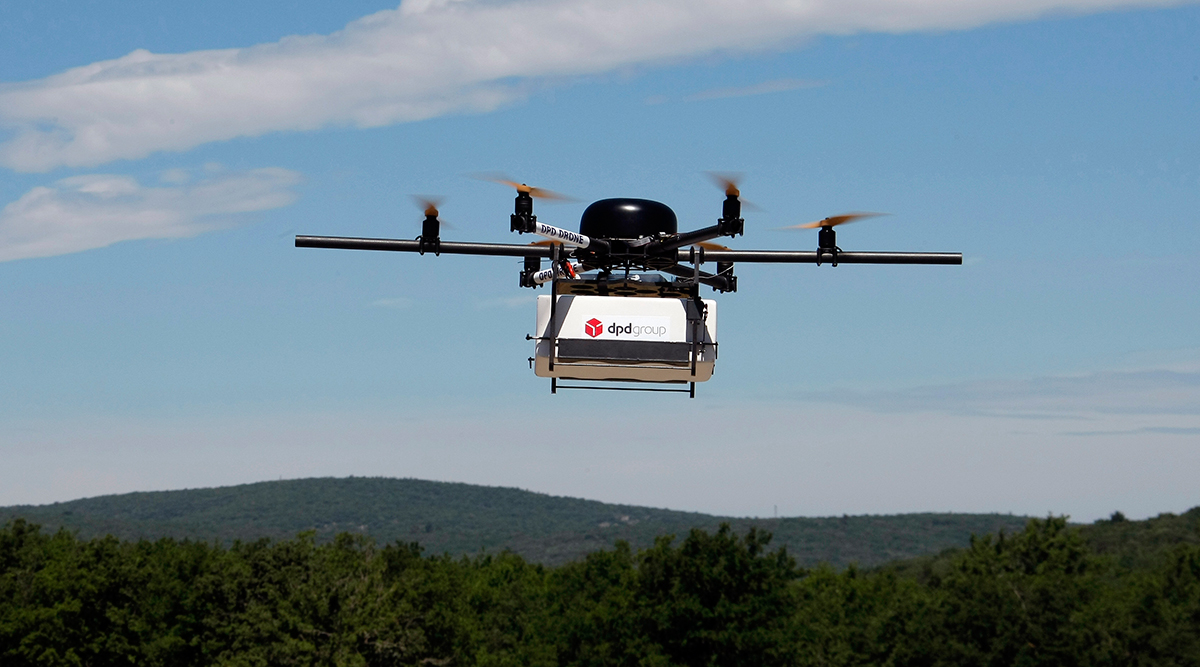 With these issues in mind, JUIDA has proposed the idea of “drone ports” — landing spots that can be shared by all drone operators.

“For example, it would be convenient to set up one at a playground of an elementary school or a community hall,” Suzuki said.

Ina’s Shigemori said deliveries to individual homes may be difficult for now, but he said ultimately that should be the goal.

“The environment will be getting tougher for the logistics industry because of the falling population … over the long term,” said Takashi Ueda, senior manager of the postal business planning division at Japan Post Co.

RELATED: Amazon delivery drone would dismantle itself in sky, rain down parts

“We are looking into the possibilities of new technologies that can improve efficiency” to maintain the nationwide postal network, Ueda said. “One candidate is drones.”

So far, Japan Post has tested drone delivery several times in Ina and Minamisoma, Fukushima Prefecture. Delivery firms will have to provide door-to-door service in depopulated mountainous areas — where homes are scattered over wide areas — as long as people live there, Ueda said.

“If drones can deliver, for instance, to the farthest village, it could streamline operations,” he said.

But its testing also has revealed some hurdles.

Ueda said Japan Post does not have employees familiar with the devices, so training and accumulating know-how are essential.

Furthermore, while drones may be fast, they are not built to carry heavy packages. Ueda said the postal firm is testing delivery via self-driving vehicles that can handle heavier items and larger overall loads.

While drone delivery might work in rural areas, it remains unclear whether it would work in bustling cities such as Tokyo. The government’s road map stipulates that drone deliveries be introduced in urban areas sometime in the 2020s. 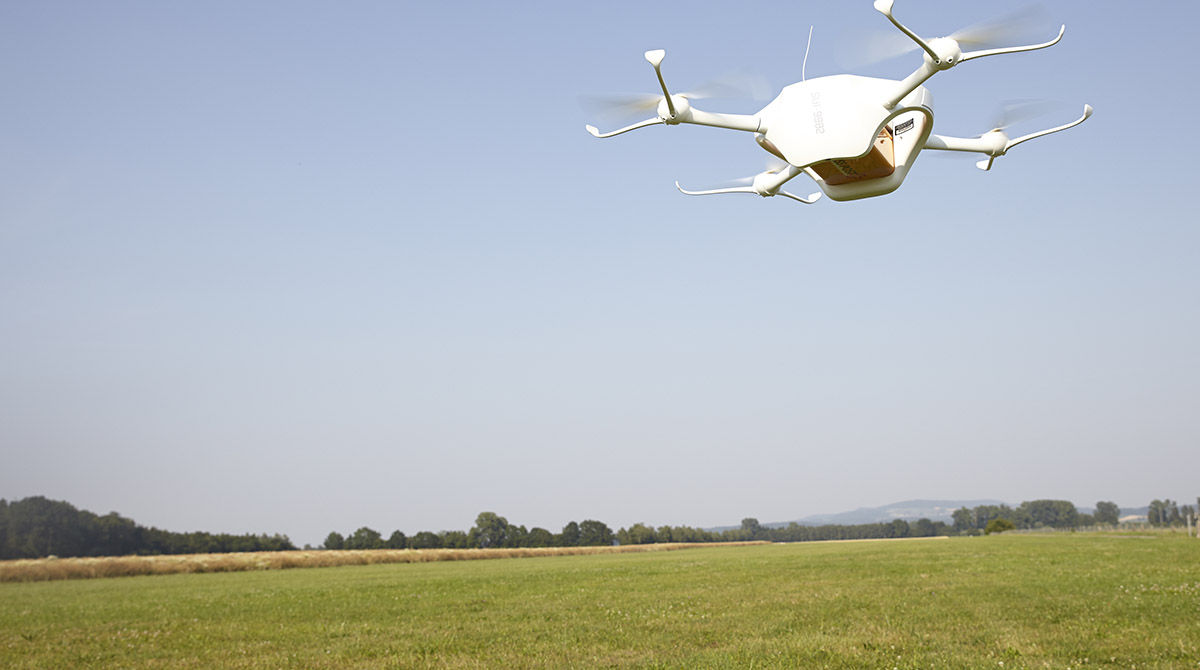 “We are not thinking about drone delivery in urban areas at this point,” said Ueda, as big cities already have convenient delivery networks that include motorcycles and bicycles.

Thus, there simply doesn’t seem to be a need, he said. Also, having camera-equipped drones flying overhead inevitably will raise privacy concerns, he added.

“It’s likely that the couriers will aim to shorten delivery times” as much as possible, so firms are thinking of using drones to overcome the labor shortages preventing that, he said.

For instance, party organizers could quickly need flowers but have no time to go buy them. This could be solved by drones, he said.

“People can order what they need now with an app, and then a drone will bring it to them immediately. We believe a world like this will come,” the firm said in an e-mail, saying that Rakuten, which also has been testing drone-based deliveries, is eyeing such a service in busy cities.

Unmanned multicopters won’t be affected by traffic jams on the ground, so improving safety and deregulation could bring about a faster and cheaper delivery services, Rakuten said.

But Ohki warned that it will take time for the public to embrace such services in densely populated areas that drone-based services should be developed carefully by proving safety and building trust.