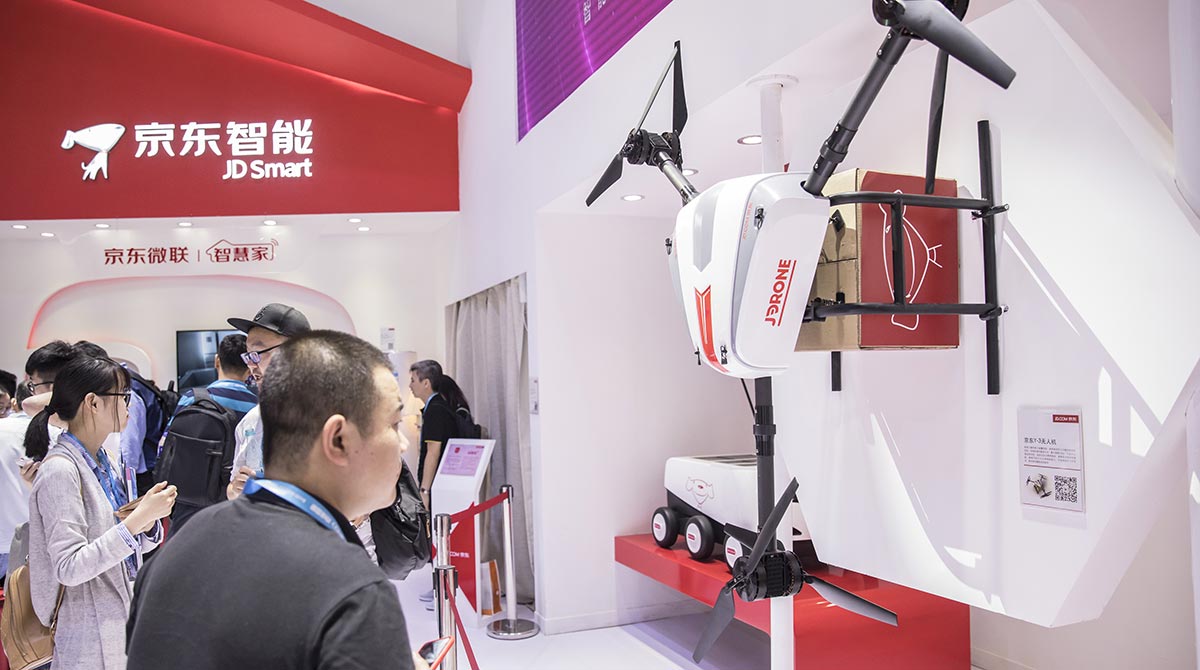 Chinese delivery company SF Holding said it has obtained a landmark license from the country’s military authorities to use drones to deliver commercial packages and was conducting the country’s first drone pilot demonstration zone.

SF said it has launched several types of drones for delivery services, with a maximum load capacity of 25 kilograms and flying distance of 100 kilometers.

The airspace application made by SF, and the government of Nankang district in the city of Ganzhou, was approved by the Eastern Theater Command, one of the five national military commands.

SF has invested in a smart distribution logistics and drone delivery system, and it has taken out 151 patents. It established a specialized drone R&D and business operations system.

Zhao Xiaomin, a logistics market consultant in Shanghai, said SF will expand its drone delivery services to third- and fourth-tier cities, and some undeveloped and remote regions to build an air transportation network.

In November, it finished its first drone delivery in Xi’an, the capital of Shaanxi province. On June 18 it began using drones to regularly deliver packages in Xi’an. The company said that 40 delivery drone routes have been designed to deliver online purchases to shoppers in the area.

The company also has built a drone R&D center in the city — which is focusing on operating middle and large-sized drones with loads of 200 kg to two metric tons — in order to cut storage costs.

JD said it strictly complied with the laws and regulations of the country, and each of the delivery tasks was carried out after obtaining authorization from the air traffic control department, to ensure the safety of each flight.

Pan Xuefei, a senior analyst at market research firm IDC, said the application of drones in delivery services is just at an initial stage.

Chai Hua contributed to this story.

FedEx to Shrink Sunday Delivery Service to 50% of US