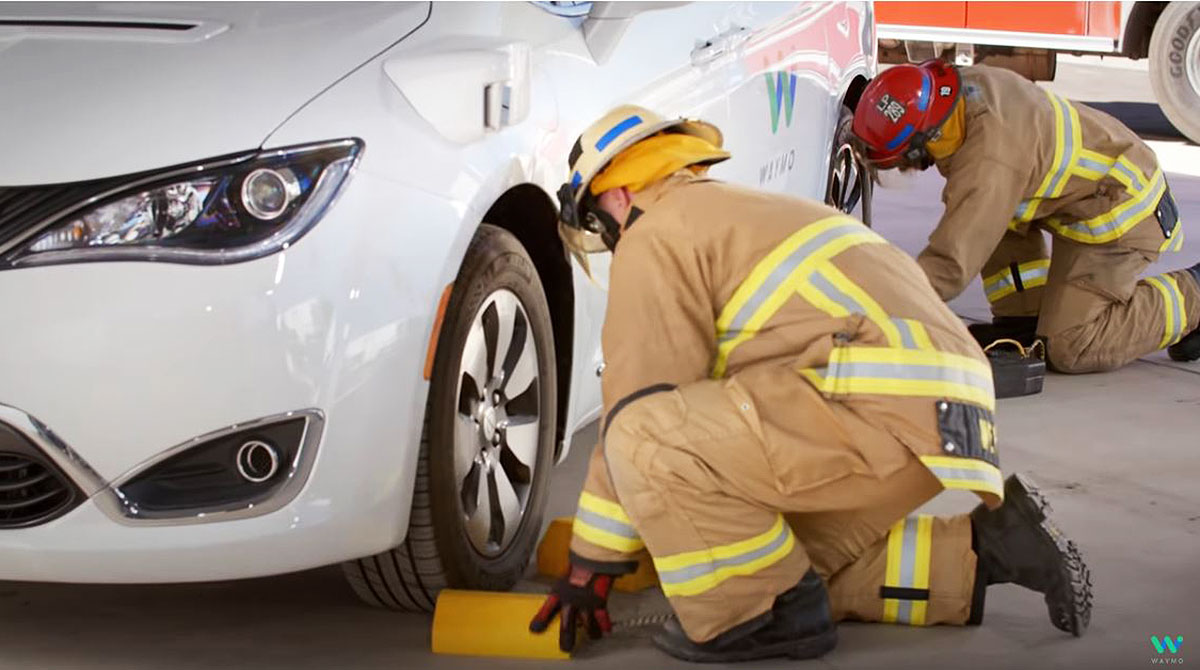 PHOENIX — Google spinoff Waymo is trying to educate emergency responders on how to deal with its autonomous vehicles.

We’re committed to improving road safety which means working closely with public safety officials and first responders. Providing them with resources like our latest training video ensures they know how to interact with our self-driving cars. https://t.co/DDCfqhsGGy

The 14-minute instructional video advises how to put a car in manual mode and what precautions firefighters should take.

The video was done in conjunction with Waymo engineers and suburban Phoenix police and firefighters.

Waymo is among several companies that have been testing autonomous vehicle programs in Arizona.

The video comes two days after the National Transportation Safety Board found a distracted human safety driver caused a fatal crash of an autonomous Uber car.

NTSB also condemned a lack of state and federal regulation of testing on public roads.