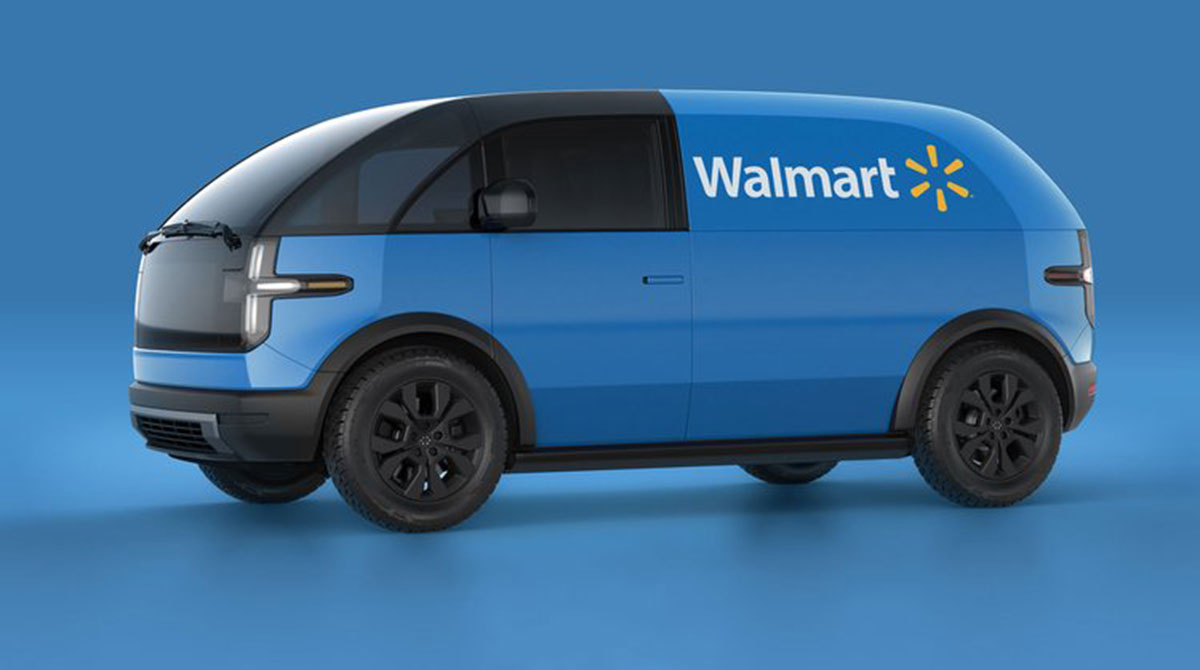 Canoo Inc. shares doubled in value after the struggling electric vehicle startup won an order for 4,500 vans from Walmart Inc.

The deal announced in a statement July 12 is a boon to Canoo, which ended the first quarter with just $105 million in cash. The company recently moved its headquarters to Walmart’s hometown of Bentonville, Ark., and warned in May of substantial doubt about its ability to continue as a going concern.

Canoo shares jumped $2.45 to $4.84 at 9:35 a.m. in New York, valuing the company at about $1.2 billion. Its market capitalization is still down from about $4.8 billion in late 2020, when the startup went public by merging with a special purpose acquisition company.

Walmart will be the first to take delivery of vehicles Canoo expects to begin producing in the fourth quarter. The companies said the vans will hit the road next year and support the retailer’s growing e-commerce business. Walmart will have the option to purchase as many as 10,000 of the vans.

The agreement with Canoo is the latest in a series of moves by Walmart into electric and autonomous vehicles. The retailer announced in January it was reserving 5,000 electric delivery vans from General Motors Co.’s BrightDrop, and it’s been working on making autonomous deliveries with the Silicon Valley startup Gatik since 2019.

Canoo will send some pre-production vehicles to Walmart in the coming weeks to “refine and finalize” a configuration for the Dallas-Fort Worth area.

The startup has dealt with a raft of executive and staff departures since its SPAC merger, and announced in May that it had lined up as much as $600 million from a private placement, equity purchase agreement and mixed-shelf offering. Canoo also was tapped by NASA in April to supply electric vehicles that will ferry astronauts to the launchpad for future Artemis missions.