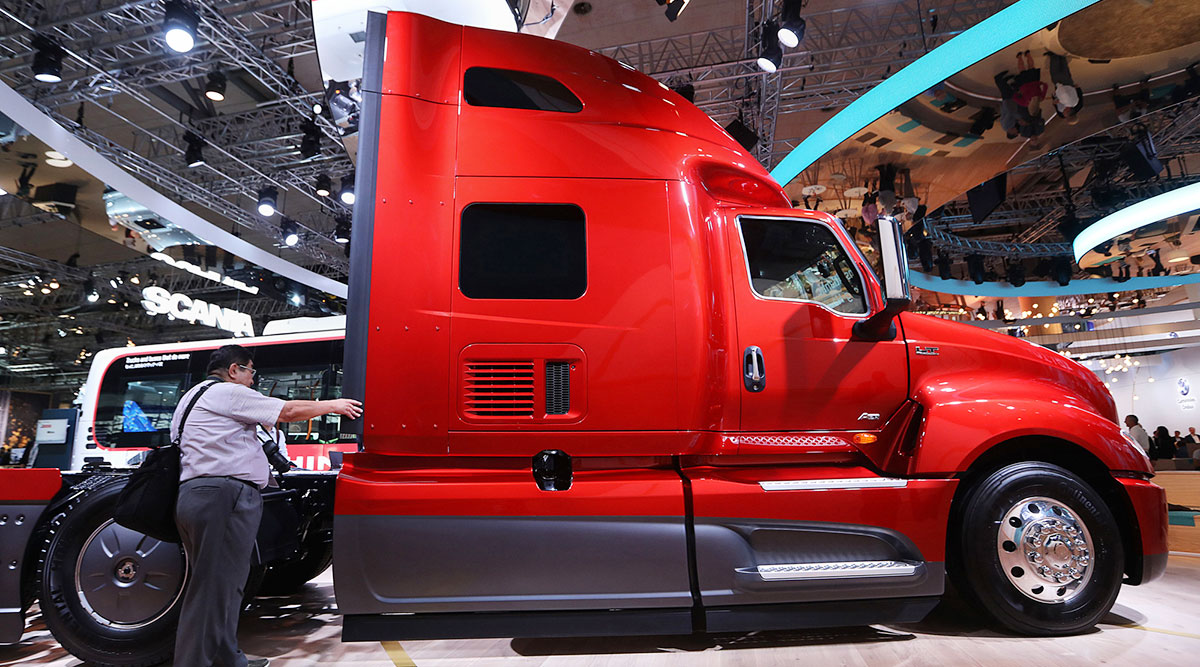 A VW Heavy-duty truck on display at the IAA conference in 2018. (Krisztian Bocsi/Bloomberg News)

Volkswagen AG canceled plans for a partial share sale in its Traton SE division, citing weak markets, a setback to the automaker’s plan to generate fresh funds for the heavy-truck unit’s expansion outside of Europe.

“We regret that we have to refrain from a stock listing of Traton SE,” Chief Financial Officer Frank Witter said March 13. “The management board continues to aim for a stock listing in a better market environment.”

The decision comes after a difficult start to the new year for the global automotive industry. A slowdown in China, the world’s biggest market and VW’s top territory, has worsened in the first two months of the year. In the United Kingdom, a deal for an orderly exit from the European Union remains elusive while President Donald Trump is threatening tariffs on European-made cars. Volkswagen this week said that its growth forecast for the year would depend on improvements in the second half. 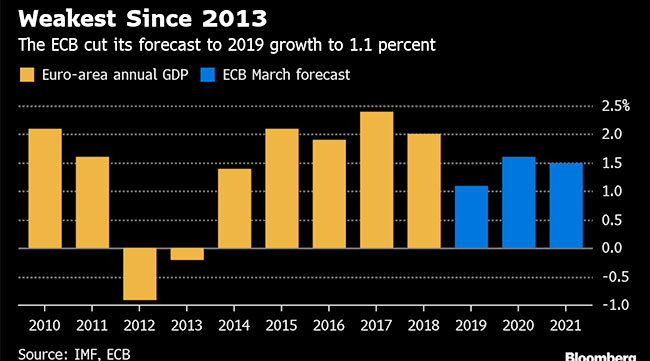 Volkswagen on March 11 said a listing of Traton, valued at as much as 30 billion euros, would be “highly desirable” while warning of volatile markets and economic uncertainty. The planned minority share sale would have been the biggest in Europe this year.

The initial public offering, in the works for more than two years, was Volkswagen’s most tangible move so far to become less centralized and boost efficiency as part of a strategy overhaul through 2025. Gaining fresh funds would help Traton challenge global leaders Daimler AG and Volvo AB in markets outside Europe.