VW in $9 Billion Software Revamp as It Expands Tech Shift 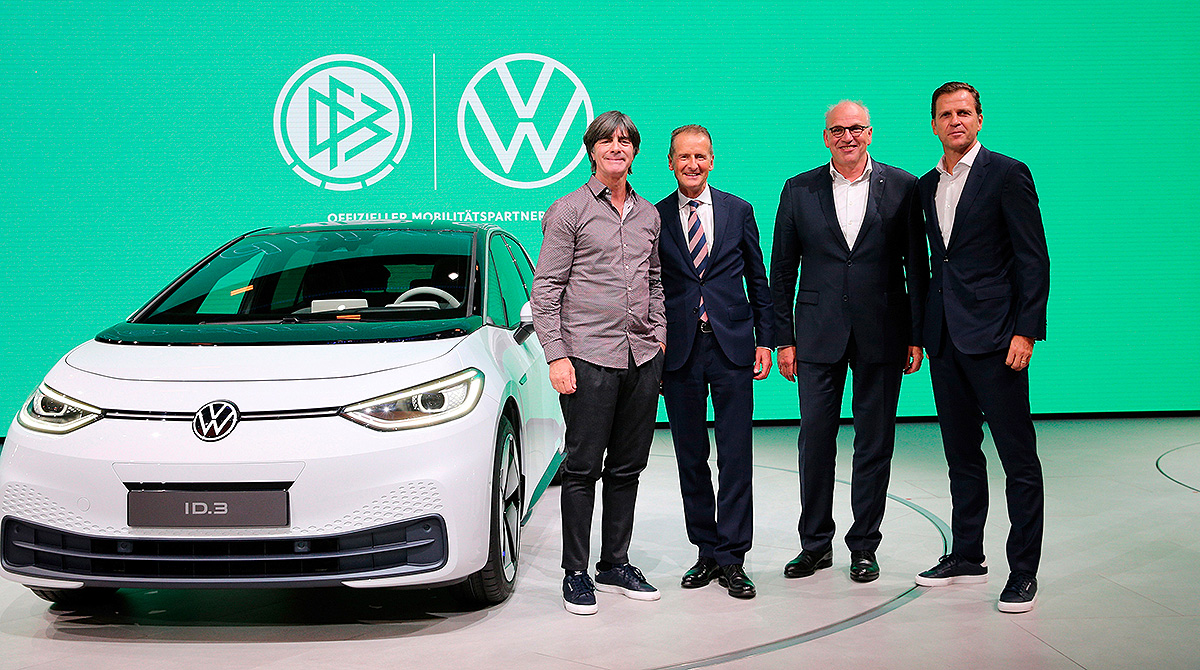 Volkswagen AG is bundling its software operations with an investment plan of about 8 billion euro ($9 billion) over the next three to five years, another step in the electric- and connected-car shift that’s heralding massive change across the industry.

Unifying VW’s fragmented IT units will boost efficiency as the world’s biggest auto manufacturer steps up sharing of parts and key technology across 12 automotive brands. VW employs some 650,000 workers globally, with the labor force steeling for cutbacks across the traditional carmaking business.

The combined operations will have a workforce of as many as 10,000 developers, Christian Senger, head of digital car and services for the VW car brand, said in a presentation at the Frankfurt auto show.

The new ID.3 is the #VW highlight at the #IAA19. What does #VW Sales Board Member Jürgen Stackmann have to say about it? #eMobility #VWID3 @jstackmann pic.twitter.com/TZyPM7kdKy — Volkswagen News (@volkswagen) September 13, 2019

The manufacturer had earlier outlined a plan to pool about 5,000 digital experts into a single unit that will develop “vw.os,” a uniform software operating system across all new models that will be rolled out starting next year. The software can be used across VW’s vehicle underpinnings for electric and hybrid as well as combustion-engine cars, according to a company spokesman.

Herbert Diess, CEO of VW, has mapped out a massive expansion in software and digital investments, and earlier this year started the rollout of the industry’s biggest automotive cloud with strategic partner Microsoft Corp. With the creation of the Car.Software unit, Volkswagen’s in-house tech development will rise to at least 60% by 2025 from less than 10% now, the carmaker said earlier this year.

Accompanying the sweeping changes is a 2016 labor pact to cut 30,000 jobs worldwide at the VW brand through voluntary measures such as early retirement and attrition. Net headcount is down 6,900 workers as of July this year while the carmaker added about 3,400 new jobs in areas such as software development of car connectivity, according to an investor presentation. VW has achieved 2.5 billion euros in related cost savings to far, freeing up funds it can plow into future technologies.

“There is a huge transformation going on,” Senger said during a discussion in Frankfurt with Microsoft Corp.’s executive vice president for cloud computing, Scott Guthrie. VW’s convoluted IT supplier structure with short-term contracts and a low reusage of code will be turned into long-term partnerships that may last as long as a decade.

The first vehicle based on vw.os is the electric ID.3 hatchback VW unveiled in Frankfurt this week. Production will start in November, and the vehicles will hit showrooms next year. From 2025, all new models will use the system. Currently, as many as 70 control units with operating software from 200 different suppliers need to be integrated into VW brand vehicles, rendered even more complex by using different systems for similar functions, such as for infotainment and navigation.

VW embarked on a broad overhaul plan through 2025, including sweeping efforts to slash complexity and make the sprawling industrial giant more agile. Boosting software operations is a critical part of this shift.