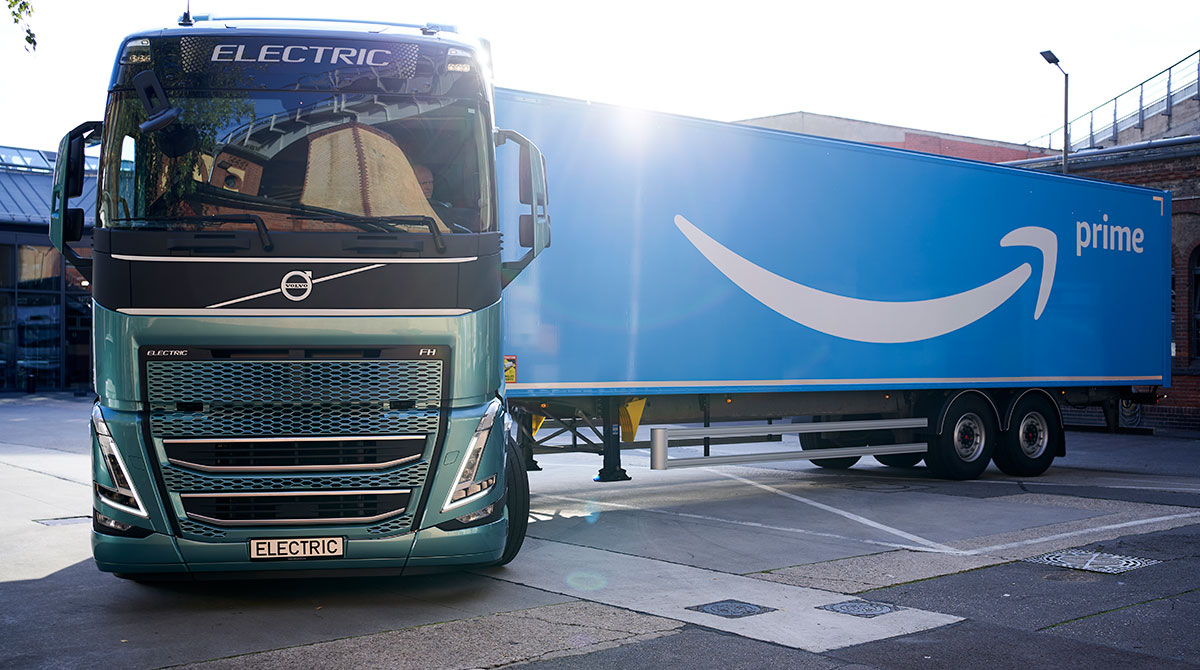 Truck makers both large and small recently announced deals and timetables for more of their battery-electric trucks reaching customers — some of whom are new, some repeat buyers and others made aware of what’s coming years ago and have been patient.

Volvo Trucks announced Amazon will take delivery of 20 Volvo FH electric trucks by year-end for use in Europe. The truck maker maintains by 2030 half of all its new trucks sold will be battery or fuel cell electric.

Volvo Trucks started production of heavy-duty electric trucks for Europe in September, according to the company. Production of the Volvo VNR Electric for North America began in 2020.

“Amazon is committed to decarbonizing its fleet, and the middle-mile has been a notoriously hard-to-abate sector,” Andreas Marschner, vice president of transportation services for Europe at Amazon, said in a release. “That’s why welcoming these electric heavy-goods vehicles from Volvo into our fleet is such a critical milestone. We’re operating one of the fastest growing commercial transportation electrification programs, and we’ll continue to invest and innovate to decarbonize and deliver packages to customers with zero emissions.” 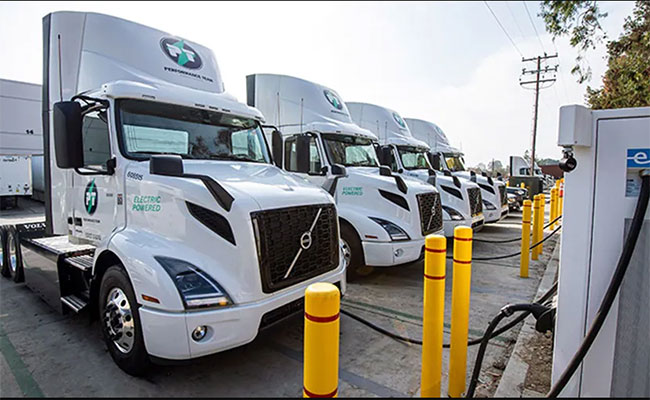 In the United States, Volvo Trucks North America announced California-based Performance Team, a unit of Maersk Co., in October took delivery of its first 30 Volvo VNR electric trucks for its Southern California operations, with 16 operating from its Santa Fe Springs location and an additional 14 trucks set to begin operating from its Commerce location.

Mack Trucks, also a unit of Volvo Group, announced its Mack LR electric refuse truck is operating as the first of its kind in Florida’s Miami-Dade metropolitan area. Mack recently reported a target of 35% of its global sales will be fully electric by 2030.

A Mack LR electric for Cary, N.C., is expected to be in full operation in the fall of 2023. This order makes Cary the first municipality in North Carolina to order a Mack LR electric refuse vehicle.

Separately, the Tesla Semi truck is in production with the first deliveries scheduled for Dec. 1 and headed to PepsiCo, Tesla founder Elon Musk reported on Twitter Oct. 6.

PepsiCo noted it expects to deploy 15 Tesla semi tractors by the end of 2022. It made an initial reservation for 100 of them to be deployed across both its snacks and beverage businesses. 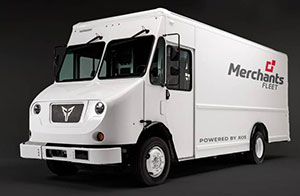 Tesla unveiled the Semi in November 2017, and Musk noted then it would go into production in 2019.

Los Angeles-based Xos Inc. — which manufactures Classes 5-8 battery-electric commercial vehicles and was founded in 2016 — announced recently it delivered 65 of its 100% battery-electric step vans to return customer fleet management company Merchants Fleet. The vehicles were split between Antioch in Northern California and Alhambra in Southern California. This brings the total number of Xos step vans delivered to Merchants Fleet to 123; the company plans to electrify 50% of its fleet by 2030.

Also, Xos announced its suite of DC fast chargers, five charger models compatible with both passenger and commercial electric vehicles. For fleet owners of Xos vehicles, the company noted the chargers can be monitored through its Xosphere fleet management platform where charging profiles and schedules can be remotely monitored and maintained.