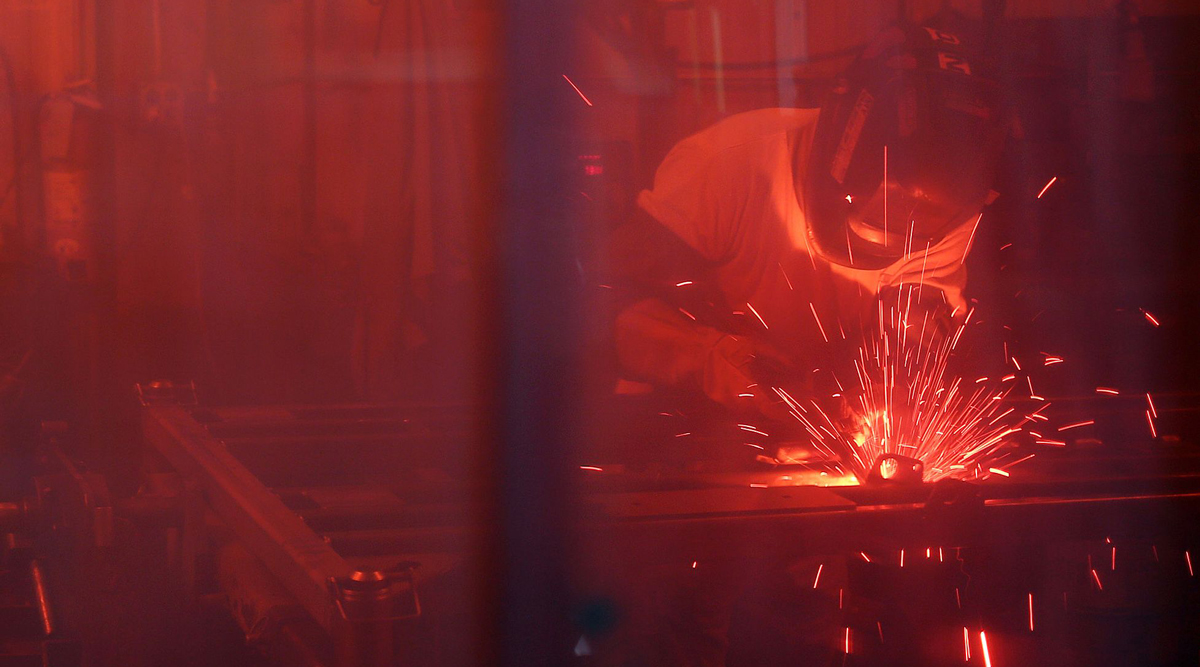 U.S. manufacturing continued to expand at a solid, yet slightly slower pace in June while a measure of prices paid for materials jumped to an almost 42-year high.

A gauge of factory activity eased to 60.6 from 61.2 in May, according to Institute for Supply Management data released July 1. Readings above 50 indicate expansion and the June figure compared with the 60.9 median projection in a Bloomberg survey of economists.

While a measure of new orders receded, production picked up and allowed manufacturers to make just modest headway on well-elevated order backlogs. At the same time, a gauge of factory employment shrank, adding to evidence that producers continue to have trouble finding skilled workers at a time of robust demand. 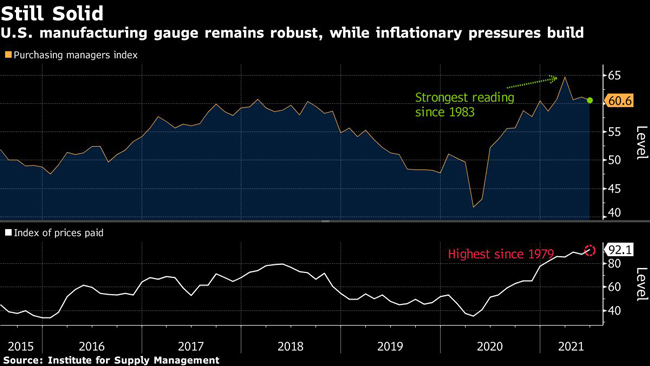 The ISM’s index of prices paid for raw materials increased to 92.1, a level not seen since the 1979 Iranian revolution and oil crisis. Logistics challenges, elevated commodities prices and shortages of various supplies continue to pressure manufacturers.

Shortages of semiconductors have been particularly disruptive to the auto industry, where production earlier this year was restrained due to the lack of supply.

Despite last month’s declines in the ISM measures of order backlogs and total bookings, the figures remained elevated. While a gauge of supplier delivery times eased, they remained extended. Manufacturers reported the average lead time for materials used in the production process lengthened to a record 88 days in June. 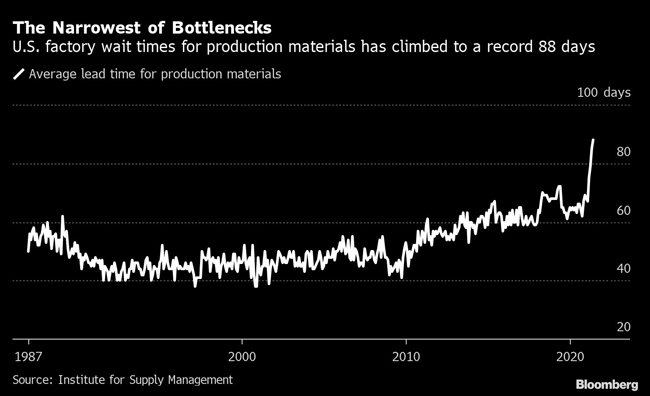 Even as labor and supply constraints continue to limit production efforts, “demand should remain pretty strong through the end of the year, probably into Q1 of 2022,” Fiore said on a call with reporters. That suggests that “raw material prices probably aren’t going to start to relax until somewhere close to the end of the year,” he said.

Meanwhile, a gauge of export orders strengthened, indicating economies overseas are making more headway in their emergence from a pandemic-related slump in activity.

The ISM’s employment index slipped 1 point in June to 49.9, just below the level that signals stagnation even as orders and production remain robust.

The government’s monthly jobs report on July 2 is projected to show manufacturing payrolls increased by 25,000 in June, which would be the most in three months. Overall employment is forecast to rise more than 700,000.