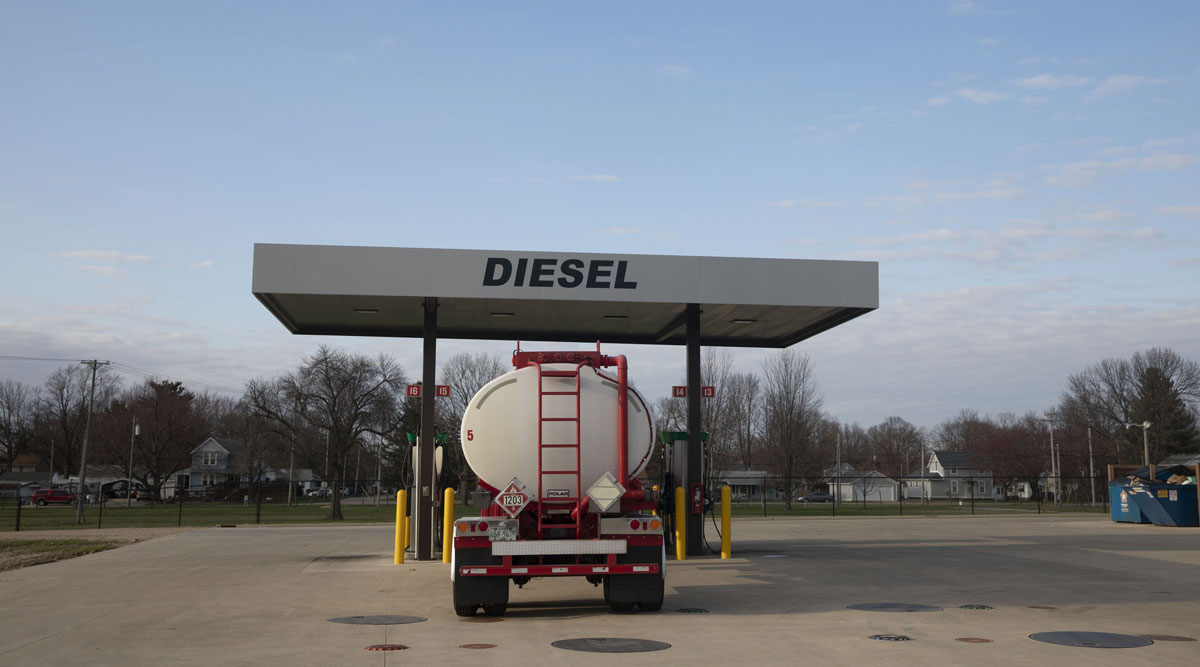 The world’s appetite for U.S. diesel is falling, leaving stockpiles of the fuel at their highest level since early October.

The increased supply, combined with swelling inventory of gasoline, threatens to stifle the oil industry recovery that began with the arrival of vaccines last month.

U.S. exports of diesel, mostly to Latin America, last week fell 518,000 barrels a day to 714,000 for the lowest level since September 2017, data from the Energy Information Administration show. The drop is the equivalent of well more than one fewer full cargo going out each day, with that fuel staying in storage instead.

Before the pandemic, the U.S. Gulf Coast had been emerging as a factory floor for diesel to supply Mexico, Brazil and European buyers, but that effort last year was interrupted by dramatic slips in demand worldwide. To worsen the glut, diesel stocks rose this year as jet fuel was added to diesel supplies during the travel slump. And more diesel is flowing to the U.S. from Europe. 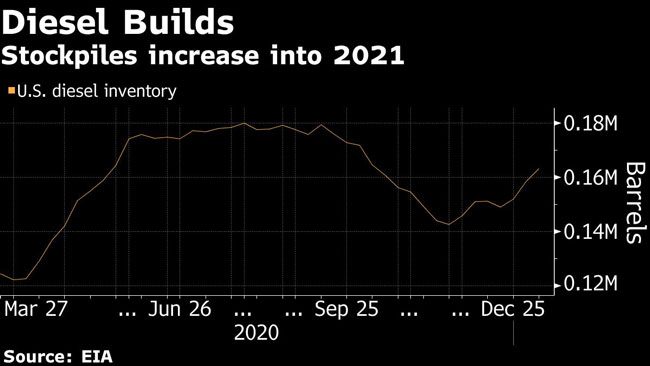 The shift is most dramatic on the West Coast. Diesel inventory there last week climbed to its highest level since January 2018. Refiners on the West Coast have stepped up production recently, boosting stockpiles, said John Faulstich, oil analyst at Stillwater Associates.

At the same time, exports from California refiners have fallen, with Chile, Mexico, Guatemala, Ecuador and El Salvador historically among the biggest destinations, Faulstich said.

Diesel Average Is Up 1.2¢ in Seventh Consecutive Increase