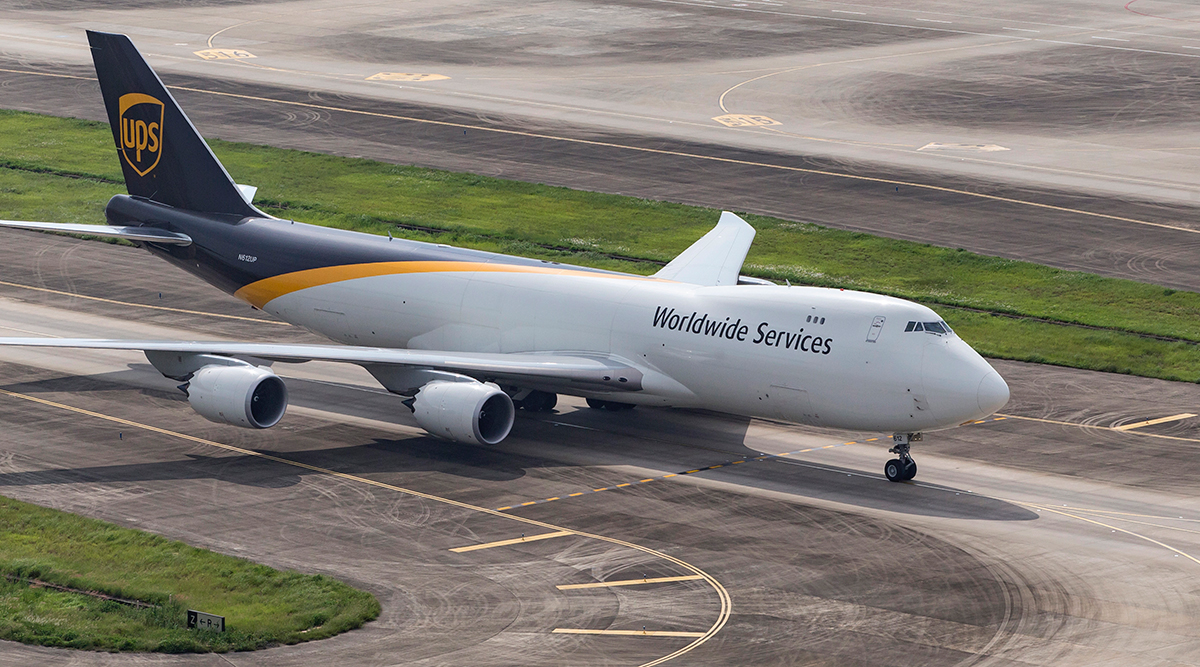 A UPS airfreight carrier. The deal is separate from the massive Teamsters contract covering about 350,000 drivers, package handlers and other workers. (UPS Inc.)

UPS and its aircraft mechanics union have reached a deal for a three-year contract extension with pay increases and benefit improvements.

The tentative agreement struck between the Sandy Springs, Ga.-based shipping giant and Teamsters Local 2727 would give the aircraft mechanics a 3.3% annual raise over the next three years and an increase in pension contributions. It’s subject to ratification by about 1,700 rank-and-file members.

“This guarantees our members great wages for the next three years, great medical and an excellent pension,” said Timothy Boyle, president of Teamsters Local 2727. “We think it’s a very good deal for our members.”

The contract extension deal between UPS and the union was struck after about eight months of negotiations, according to Boyle. The current contract runs through Nov. 1, 2023, and the extension would extend it until Nov. 1, 2026.

“Our aircraft maintenance technicians are vital to helping UPS deliver what matters. Our customers depend on safe, reliable aircraft to connect customers and communities around the world,” UPS said in a written statement. “We’re pleased to have come to an agreement that continues to reward our maintenance team members for their contributions to the success of the company, while ensuring we are positioned to provide outstanding service to our air express customers.”

Tamara Jalving of Yellow and TT's Connor Wolf discuss driver recruitment. Tune in above or by going to RoadSigns.ttnews.com.

The aircraft mechanics represent a relatively small portion of the company’s workforce of more than 500,000. Of the roughly 1,700 maintenance technicians and related employees who work on the company’s jets, hundreds work at the company’s air hub in Louisville, and about 40 work in Atlanta.

It’s separate from the massive Teamsters contract covering about 350,000 drivers, package handlers and other workers. The Teamsters have threatened the possibility of a strike by those UPS package division workers, even though negotiations aren’t set to start until next year.

The aircraft mechanics are under a separate contract and, as part of the airline industry, are governed by a different labor law than the rest of the UPS workers.

Labor relations for airline workers including the UPS aircraft mechanics are governed by the Railway Labor Act — which covers both airlines and railroads that are crucial to the nation’s transportation infrastructure and is more restrictive on the ability to strike than the broader National Labor Relations Act. Those restrictions can prompt unions to be more likely to agree to a deal, as railroad unions just did to avert a national strike, and as the UPS aircraft mechanics union did.

UPS Inc. ranks No. 1 on the Transport Topics Top 50 list of the largest global freight carriers.