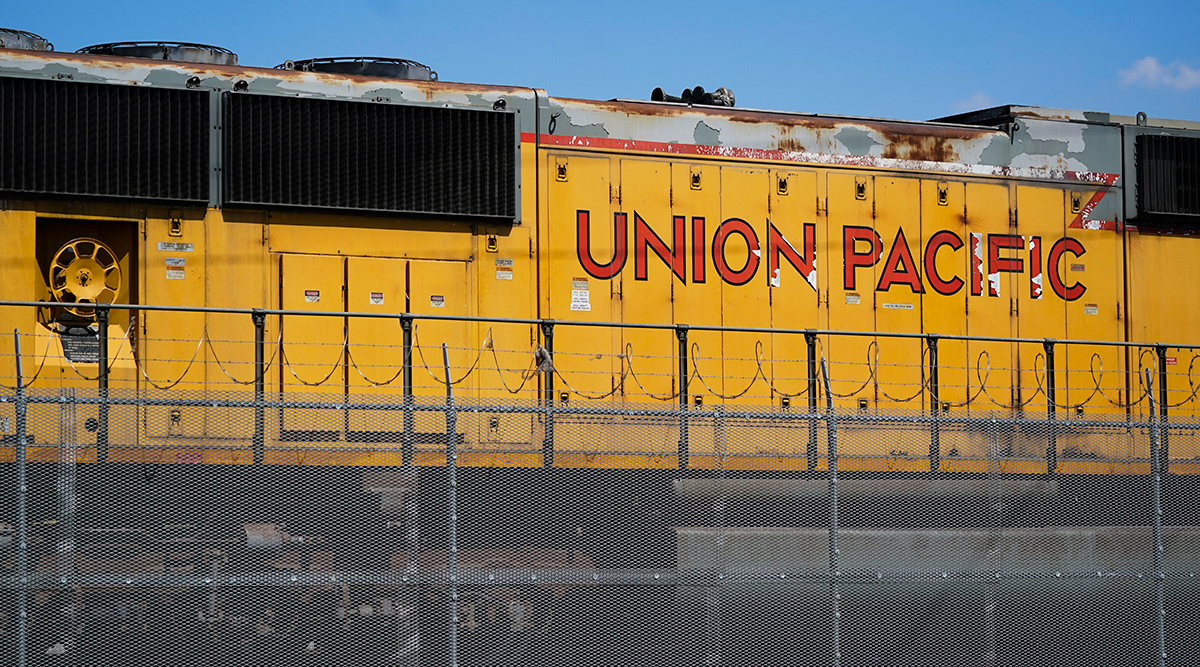 OMAHA, Neb. — Federal regulators and shippers are questioning Union Pacific’s decision to temporarily limit some businesses’ shipments as part of its effort to clear up congestion across the railroad.

The head of the U.S. Surface Transportation Board, Martin Oberman, said Dec. 14 he’s concerned about Union Pacific’s increasing use of the embargoes because they disrupt operations of the businesses that rely on the railroad, and they haven’t seemed to help its performance significantly.

Union Pacific has ordered companies to remove some of their railcars from the network more than 1,000 times this year, up from 140 times in 2018, according to the transportation board.

An embargo can force a business to consider cutting production or resorting to more expensive shipping options, like trucking, if that’s even an option. And they can make it harder for other businesses to get the key products, such as shipments of chlorine used to treat water, or grain for feeding animals.

“The customer is bearing the brunt of the pain. You guys are still making money,” Surface Transportation Board member Robert Primus said, addressing Union Pacific executives during two days of board hearings.

For much of this year, Union Pacific and the other major freight railroads have struggled to deliver products on time and handle all the shipments companies want to move because they were short on crews coming out of the pandemic. The railroads have been improving throughout the year as they hired more workers, but regulators say they’re still lagging behind where they should be. Union Pacific is using significantly more embargoes than any other railroad.

At the hearings, Union Pacific executives defended their practices, arguing that their embargoes are needed to help get the railroad running better. CEO Lance Fritz said the embargoes are targeted and temporary measures that shouldn’t place an undue burden on individual businesses.

“We only use embargoes when necessary and when no longer necessary, we end them,” Fritz said.

But several shippers and trade groups testified that the embargoes are hurting their businesses.

Cargill executive Brock Lautenschlager said Union Pacific’s actions make it hard to plan. In November, the railroad told Cargill it needed to pull 130 railcars it owns from the network within a week or face shipment limits at five of its plants. The agribusiness giant complied because it worried that an embargo could force it to shut down a plant.

“We believe embargoes should be the exception not the norm,” Lautenschlager said.

It’s accepted practice for railroads to temporarily place limits on shipments in extreme conditions when something outside their control, like a flood or bridge fire, hurts their ability to haul freight. Business groups, however, say they believe deep cuts in UP’s workforce are a major reason the Omaha, Neb.-based railroad is having so much trouble meeting customer expectations.

Oberman said there seems to be a direct correlation between the sharp drop in Union Pacific employees since 2018, as it overhauled its operations, and the increased use of embargoes. The number of train crews the railroad employed went from roughly 18,000 in 2018 to about 13,000 today and that includes all the hiring the railroad has done since the economy started to rebound from the pandemic.

Greg Twist with grain processor Ag Processing Inc. compared the situation to going shopping at a grocery store and finding that the store refuses to hire more than one clerk, and then the store’s manager tells him he must come back at a certain time of day if he wants service. And unlike with groceries, his company generally can’t shop around to ship its goods because Union Pacific is the only railroad that serves several of its plants.

Twist said Ag Processing should have “the freedom to decide how we operate our facilities” without having the railroad dictate how much they can produce with its shipping limits.