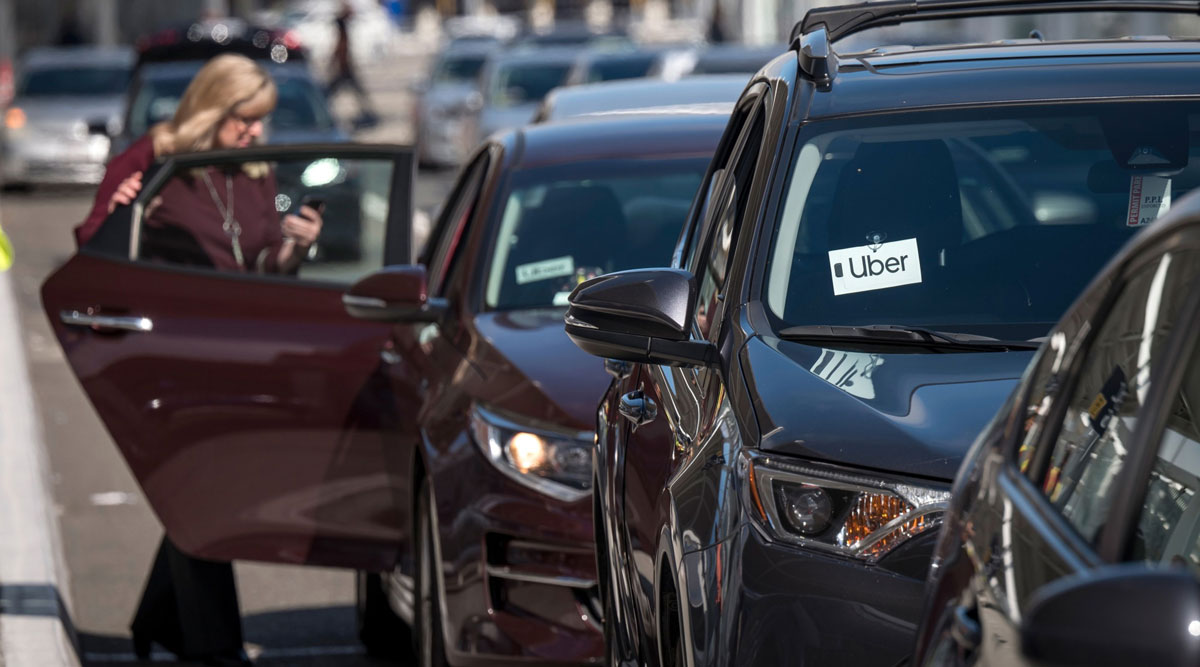 A traveler gets into a car displaying Uber signage at the Oakland International Airport. (David Paul Morris/Bloomberg News)

Uber Technologies Inc. joined Lyft Inc. in asking an appeals court for an extended reprieve on converting California drivers to employees after both companies warned that a rapid overhaul of their business models may force them to suspend operations in their home state.

The ride-hailing firms are trying to buy time after a San Francisco judge issued an Aug. 10 order that upends their business model and may require them to provide hundreds of thousands of drivers with benefits including health insurance and overtime that could cost billions of dollars.

The trial judge who issued the injunction against Uber and Lyft refused Aug. 13 to keep the order on hold beyond Aug. 20 while the companies challenge it. The appeals process could take years in a case that threatens the contractor-based model used across the gig industry.

The companies are campaigning for a ballot measure set for a statewide vote in November that would exempt app-based transportation and delivery companies from the law known as Assembly Bill 5.

Uber filed its request to the state appeals court Aug. 15, saying there is a “looming crisis” if the court doesn’t put an extended hold on the Aug. 10 order.

“The consequences to drivers and the public from the impending shutdown will be catastrophic,” Uber said in the filing. “Hundreds of thousands of drivers — the vast majority of whom do not want to be ‘employees’ — will see their earning opportunities on the rides app disappear.”