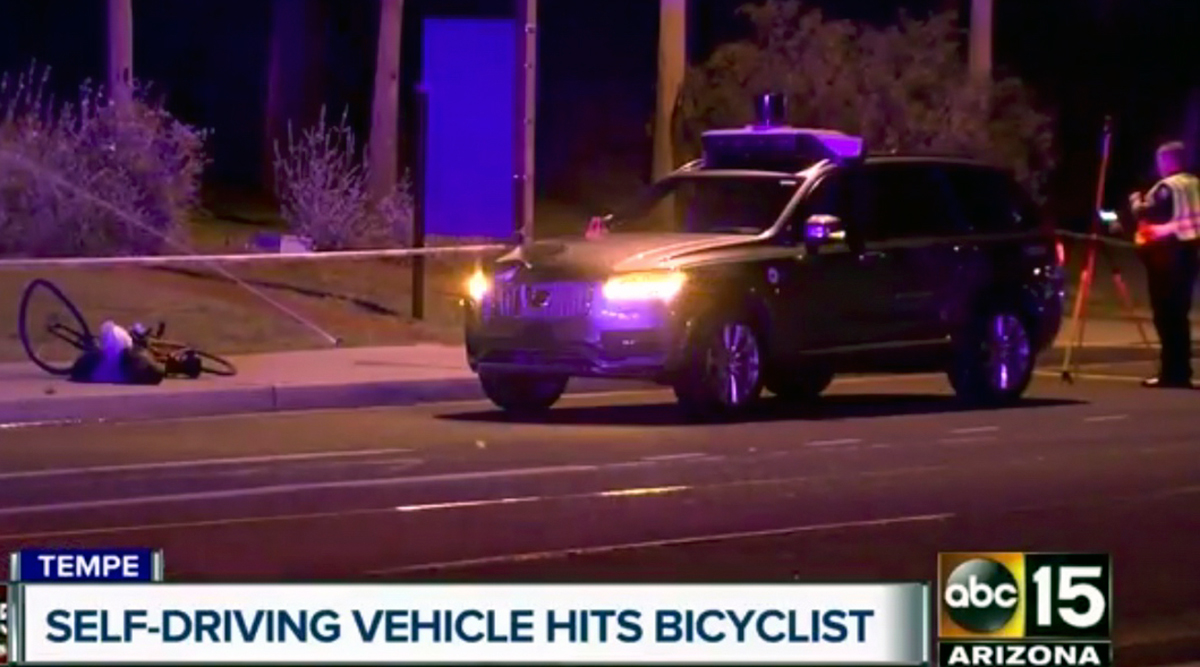 This March 19, 2018 still image taken from video provided by ABC-15, shows investigators at the scene of a fatal accident involving a self-driving Uber car on the street in Tempe, Ariz. (ABC-15.com via AP)

Waymo recently showed a video of people riding in its self-driving minivans. They thumbed their phones, yawned and one snoozed. The message: Driverless cars are so safe, they’re boring. The clip was meant to drum up support for a fully driverless taxi service it plans in Phoenix later this year.

Now, a tragedy may slow the Alphabet Inc. unit’s efforts, and the broader industry march toward commercialization of this technology. A self-driving test car from Uber Technologies Inc. hit and killed a pedestrian in Tempe, near Phoenix, March 18, prompting investigations by regulators and a backlash from some consumer-safety advocates.

“It will set consumer confidence in the technology back years if not decades,” said Jason Levine, executive director of the Center for Auto Safety, a Washington-based advocacy group. “We need to slow down.”

The fatality, the first one known to involve an autonomous test vehicle and a pedestrian, comes at a critical juncture for the nascent industry. Companies including Alphabet, General Motors Co., Uber and Tesla Inc. are investing billions of dollars to develop the technology. Tests on public roads had mostly proved trouble-free and the rare major crashes were not found to be the fault of the technology.

Still, as autonomous vehicles are increasingly tested in complex urban and suburban environments, the chances of a fatal incident rose. Leaders at Alphabet have, for years, fretted that a death from a crash or reckless public road tests by a competitor could spark overbearing rules.

When Bloomberg called a former driverless car engineer on March 19 to discuss the industry, the person’s first comment was: it finally happened. The person asked not to be identified talking about such a sensitive topic. 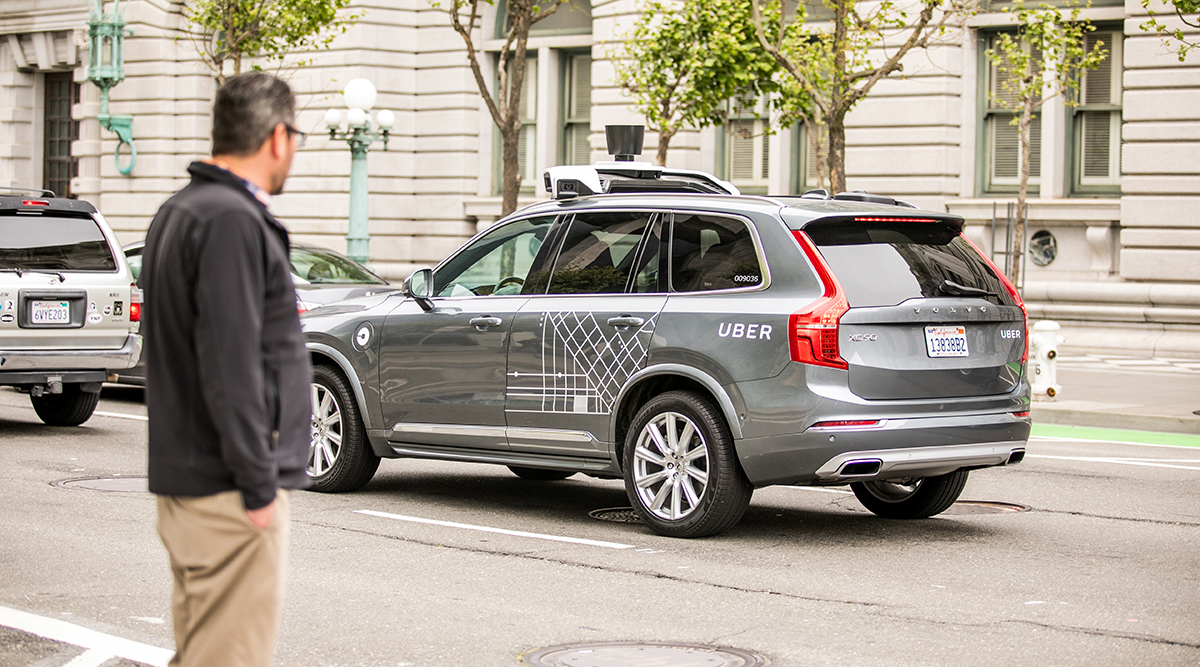 When a driver using Tesla’s Autopilot system crashed and died in 2016, the initial reaction was similar to the March 19 response to the Uber incident. But the two episodes are different.

In May 2016, Joshua Brown, the driver of a Tesla Model S who had Autopilot engaged, slammed into a semi-truck on a Florida highway and was killed. The National Highway Traffic Safety Administration and the NTSB investigated, supplier Mobileye NV cut ties with Tesla and numerous updates were made to the Autopilot technology. But the fallout was largely contained to Tesla.

“A lot of us were surprised that the Tesla fatality did not have greater consequences. The Uber fatality could turn out to be the thing that makes the general public more skeptical,” said Bryant Walker Smith, a professor at the University of South Carolina’s School of Law who studies driverless car regulations.

“In Tesla’s Florida crash, the car was purchased by and used by the victim. In the Arizona crash, the vehicle was a test vehicle under the control in every sense by Uber, and the victim was an ordinary person,” Smith added.

The Tesla episode was relatively easily dismissed by the rest of the driverless car industry. Autopilot is a “driver assistance” system and drivers are expected to maintain control. It uses radar, cameras and computer-vision technology to understand surroundings. Systems designed by Waymo, Uber, and GM’s Cruise use another method known as Lidar, in addition to radar and other sensors, that they argue is better for fully autonomous driving.

RELATED: Self-driving cars could save lives even before they’re perfected, report says

Full driverless systems can save the most lives by being more alert and capable than human drivers and relieving them of all control of vehicles, their argument continues. More than 37,000 people were killed on U.S. roads in 2016, and pedestrian deaths rose 9%, according to NHTSA.

“People are going to be aware of this tragedy and this death, even if they are unaware of the hundreds of other people who died in motor crashes today,” said Smith.

So far, it’s unclear if the Uber incident will alter other companies’ plans in Arizona. The video Waymo released earlier this month was collected from test riders in Chandler, about 14 miles from Tempe. Since last summer, Waymo has shuttled volunteers in its autonomous minivans without safety drivers behind the wheel — an unprecedented feat meant to show the company’s technical prowess. Officials from Waymo did not respond to requests for comment. A Chandler representative said the city has no plans to change its arrangement with Waymo.

Human drivers rarely face criminal charges for accidents like the one on March 19, but the involvement of an autonomous vehicle is new territory, according to Chris Zachar, a partner at Zachar Law Firm, a personal-injury firm based in Phoenix.

“There’s never been an incident like this before in Arizona,” he said. A spokeswoman for the Tempe Police Department did not respond to request for comment as to whether any charges have been filed.

According to the police, Elaine Herzberg, 49, was walking outside of a crosswalk at the time she was struck by the Uber vehicle. Arizona state law requires that pedestrians yield to right-of-way vehicles when not using crosswalks.

However, this distinction may not matter in this case, Zachar said. “If the radars on these vehicles are as good as they claim to be, why do you need the presence of a crosswalk?”