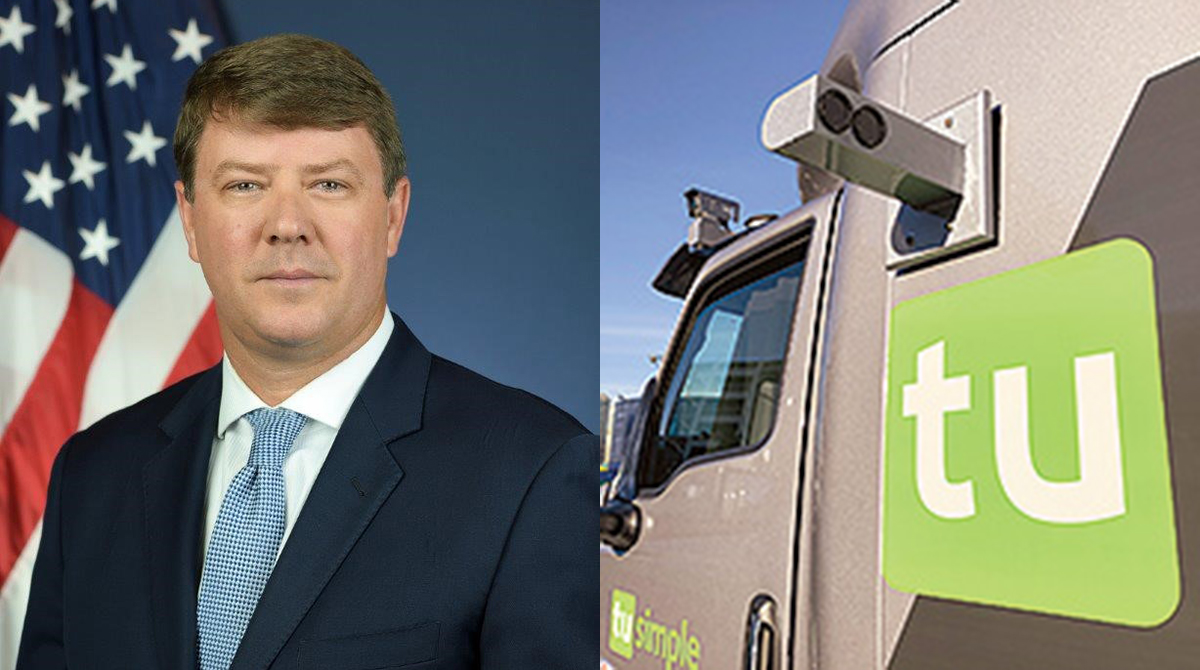 Jim Mullen, former acting administrator of the Federal Motor Carrier Safety Administration, has taken a position at TuSimple, a company that specializes in autonomous driving technology for trucks.

TuSimple announced Sept. 30 that Mullen will serve as chief legal and risk officer for the company. He will oversee legal affairs and risk management strategy, and will contribute to the development of a comprehensive approach to safety.

“We are thrilled to welcome Jim to the TuSimple team,” President Cheng Lu said. “His experience leading the FMCSA will prove to be invaluable to our company as we work to introduce [Level] 4 autonomous trucks to the market by 2024. Additionally, Jim brings over 15 years of legal experience in the trucking industry and that wealth of knowledge will support public and private partnerships as TuSimple continues to scale autonomous operations.”

TuSimple is working on a Level 4 autonomous driving solution meant for longhaul trucks. SAE International categorizes driving automation on a scale with levels between 0 and 5. Level 5, the highest classification, refers to complete driving automation. Humans are Level 0.

SAE International is an association of engineers and technical experts that represents the commercial vehicle, automotive and aerospace industries.

Mullen departed FMCSA at the end of August. He had served as acting administrator since October 2019.

Mullen’s 10-month tenure as acting administrator was an eventful period for the trucking industry. On May 14, Mullen joined Transportation Secretary Elaine Chao in announcing FMCSA’s final rule on changes to HOS regulations. It included four revisions that pertain to issues truckers have voiced concerns about, such as the 30-minute rest break and splitting up time in the sleeper berth. The final rule took effect Sept. 29.

Also during his time with the agency, U.S. Department of Transportation leaders introduced the Automated Vehicle Transparency and Engagement for Safe Testing (AV TEST) Initiative. It is meant to facilitate engagement among government leaders, industry representatives and members of the public. The initiative also aims to increase transparency through an online platform for sharing automated-driving system testing activities.