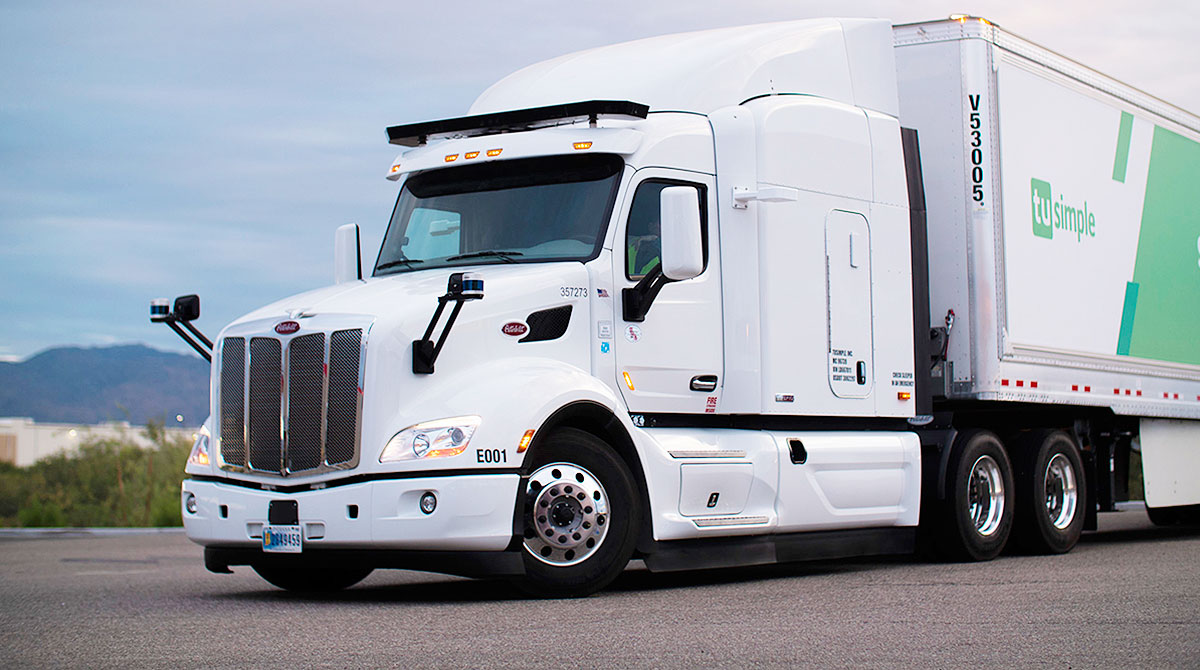 The company is using retrofitted trucks to test autonomous driving. The trucks can drive themselves, but regulations require that a safety driver be present in the cab to monitor operations and take control if needed.

TuSimple already has a relationship with UPS. It is running 20 trips a week with the autonomous trucks, hauling parcels on two routes — Phoenix to Tucson, Ariz., and Phoenix to El Paso, Texas.

Including the UPS vehicles, the company operates a fleet of more than 40 trucks retrofitted with self-driving technology. The vehicles haul freight for 18 contracted customers. TuSimple said it plans to start driverless operations in 2021.

The new executives will help expand commercial operations while validating its system, according to a company spokesperson.

“Lee and Conrad both bring a wealth of experience and knowledge to the TuSimple team through their impressive tenures at UPS and Walmart — companies that are known as leaders in logistics,” Lu said.

White will report to Lu and split time between the company’s headquarters and its operations facility in Tucson.

Miller will head the division responsible for vehicle quality, maintenance and manufacturing. He also will lead the team of safety drivers who oversee the company’s autonomous driving system. The role is part of the company’s newly formed Autonomy Operations Group, which focuses on vehicle reliability, availability and utilization. Miller will report to Chief Product Officer Chuck Price and will work out of the Tucson facility.

In late March, it reached a deal with German vehicle components-maker ZF Friedrichshafen to develop and commercialize technology for autonomous trucks.

TuSimple and ZF will co-develop production-quality technologies including cameras, lidar, radar, steering and ZF’s automotive-grade central computer ZF ProAI. The German company will become the supplier for the system when a version is production-ready for commercial vehicles. — Transport Topics