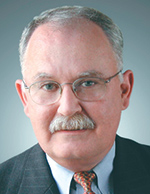 One of the most colorful characters at the Connecticut state Capitol for more than 20 years has been Mike Riley, the chief lobbyist for the state's trucking association.

Riley retired as the association's longtime executive director, but he has continued at the Capitol as a lobbyist with a variety of clients.

A proud Irishman, Riley is well-known as the chief host of the annual Irish Coffee Break that is held in the Old Judiciary Room on St. Patrick's Day, featuring Irish music and good cheer.

Riley worked for Dodd for seven years when he served in the U.S. Senate and also in the U.S. House from eastern Connecticut.

Amid the jokes at the roast, Dodd said that Riley "really understood public service'' and helped constituents with problems concerning Social Security or the Veterans Administration.

"He taught an awful lot of young people who came through that office to make a difference,'' Dodd told the crowd at a catering hall in Simsbury. "I was a far better congressman and senator than I had a right to be because of you and other people in the office. ... You're a great friend, a great public servant and a great human being. I'm proud to be your friend.''

Riley got up after Dodd's remarks and said, "I’m always proud to say I was a member of the Dodd squad.''

Noting Riley's sense of humor, Larson said to Riley: "Thank you for always keeping people humble and letting us know how important it is to laugh and, especially, to be able to laugh at ourselves.''