Supply Chain Disruptions Likely to Continue in Near Future 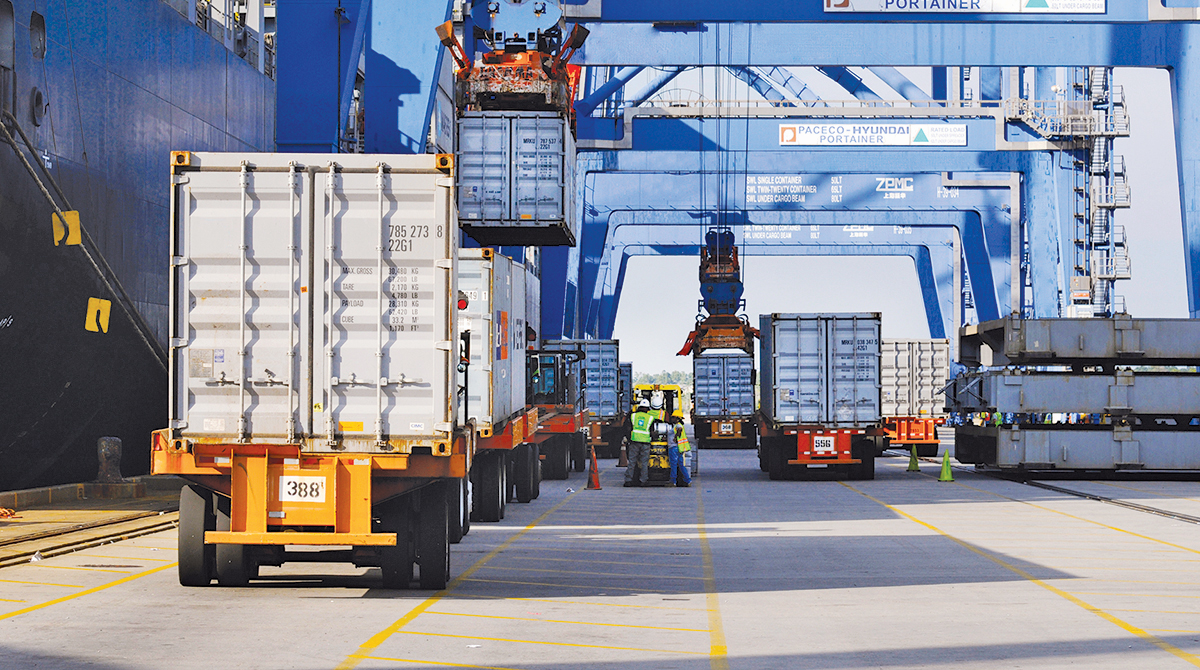 Economists and industry experts widely believe supply chain disruptions will continue to greatly impact the transportation industry for the first half of the year, and possibly into 2023. Stemming from the COVID-19 pandemic, the logistical bottleneck continues to reverberate around the world as carriers, shippers and third-party logistics providers attempt to deal with the impact on their operations.

Although AP Moller-Maersk reported record revenue and profits earlier this month, the shipping line said it expected supply chain problems to persist into the second quarter.

“We spent tremendous efforts in mitigating bottlenecks by expanding capacity across ocean [freight], improving productivity in terminals and growing our global logistics footprint,” said CEO Soren Skou. “We will continue these efforts as we see the current market situation persist into Q2.”

In its Q3 2021 earnings call, Kroger President and CEO Rodney McMullen said the company chose to incur some significant costs to bolster its supply chain. For example, additional warehouses originally brought on to support its business through COVID were kept open through the holiday season.

“We are seeing inflationary cost pressures in some areas, and our merchants remain laser-focused on taking the necessary steps to mitigate supply chain congestion while working with suppliers and monitoring price gaps to manage margins appropriately,” he said.

Doug McMillon, president, CEO and director of Walmart Inc., said in this latest cycle, the pandemic caused shifts in how customers and members shopped and what they purchased. The long period of sustained demand for goods has stretched supply chains, resulting in out-of-stocks and inflation.

Council of Supply Chain Professionals interim President and CEO Mark Baxa believes the origins of the supply chain disruptions occurred nearly 18 months before the COVID-19 pandemic hit. He cited the implementation by the Trump administration of increased tariffs on Chinese goods in September 2018 as a turning point. 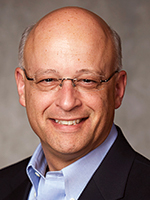 In reaction to the tariffs, many suppliers moved their sourcing from China to nations such as Indonesia, the Philippines, Vietnam, and South Korea, Baxa added. Those suppliers soon found themselves mired in issues surrounding infrastructure challenges, trade compliance and the legal processes around declaring where their goods were now made.

“Vice presidents and EVPs of supply chain did not understand the magnitude of risk within their supply chains, at least to the extent that they thought they should, or that they thought they had,” Baxa said, adding that when the pandemic hit, it caused even bigger reverberations. “Not only was Wuhan suspect for the origin of COVID, but on top of that Wuhan was and is a major industrial location for the world, not just the automobile industry, but many other industries.”

Through the pandemic, many companies soon realized their earlier attempts at diversification of their tier-one suppliers had simply led them back to the same core manufacturers, he said. A prime example is the semiconductor industry, where manufacturers in Taiwan eventually became the suppliers for 85% of the world’s semiconductors.

The pandemic also drove a nail in the coffin for just-in-time production and inventory management, he added.

“If we have two people sharing, ‘how are you getting through this?’ and the words ‘just-in-time inventory’ came out, you probably got the wrong person, you’re talking to the wrong person,” Baxa said. “Because that’s a fallacy right now. It’s almost make-believe. Nothing is just-in-time. It might be ‘crisis-in-time.’ ”

These supply chain disruptions have also led to some fundamental changes in the relationships among suppliers and their carriers and 3PL providers, Baxa said. One of those changes comes in the form of their agreements, he added.

“In the dark of night, [shippers, carriers and 3PLs] are writing long-term agreements [three-, five- and even 10-year agreements], and they’re in business,” Baxa said. “They’re embedded in business together.”

“So cost isn’t the only play,” he said. “It’s high reliability and risk mitigation today and for the foreseeable future. And that carries a value.”

Anshu Prasad, CEO of Leaf Logistics, said while the next couple of quarters are going to be tough because of inventory build and shortages and capacity constraints, he believes the tide for fleets is shifting toward greater use of technology in its freight management. Leaf Logistics provides carriers, shippers and third-party logistic providers cloud-based applications for building routes and freight management.

Prasad said it can take as much as 20 interactions — such as calls and emails among the shipper, the receiver, third-party logistics provider, carrier and driver — to move a truck from point A to point B.

“We think that through better data and better service planning and orchestration, we can reduce the amount of work that’s required to move trucks around the country by 80-85%,” he said.

Jim Guthrie, director of operations for Springfield, Mo.-based Prime Inc., said technology has certainly made some improvements in the trucking industry. But in order for technology to fully resolve supply chain issues, “you’ve got to have good information from everybody, every piece of the supply chain,” Guthrie said. “You’ve got to have really seamless communication [among the customer, the shipper, the carrier, the receiver, and in most cases a 3PL] and every piece of that chain is impacted by COVID. And every piece of that chain at this point is probably short-staffed.”

Prime Inc. ranks No. 18 on the Transport Topics Top 100 list of the largest for-hire carriers in North America.

Guthrie said over the next five years, there will be substantial technological advancements in freight management. The carrier is working with Mastery Logistics System to implement a cloud-based transportation management system into its own operations to address soaring logistics complexity and improve driver engagement, he added.

Another way shippers and carriers have successfully dealt with supply chain disruptions is by taking a more collaborative approach.

“The more attractive you can make yourself to carriers, then I think the better you’re going to do at gaining capacity and moving your product and so we’re heavily focused on that,” said John Janson, senior director of global logistics for apparel and accessories supplier SanMar Corp.

Janson said SanMar’s philosophy has been to develop deep relationships with its carriers. SanMar operates 10 national distribution centers in the United States and imports from more than 24 countries. From its distribution centers, SanMar distributes its products to customers and stores via small parcel or less-than-truckload shipments. 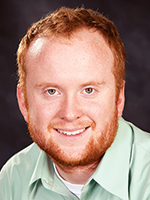 “We’re trying to do mostly drop-and-hook and to be a good steward of both our carriers and other drivers so that drivers would want to come to our facilities because they know they’d be treated with respect, and they wouldn’t be tied up trying to load or unload,” he added.

Jason Williams, senior account manager for Trinity Logistics, said there are still some shippers that aren’t doing certain things to ease tensions with carriers. The firm, which ranks No. 20 on Transport Topics list of top freight brokerage firms, provides brokerage services in dry van truckload, LTL, refrigerated, intermodal and flatbed/heavy-haul freight among others.

“And those are the ones that I think are paying the most money to move their freight right now, because they’re not doing the little things they should, like being a little more flexible when it comes to appointments,” he added.

Williams said rather than opening up all of their contracted lanes to a bidding process and losing experienced contracted carriers, some shippers are providing them an opportunity to submit new rates on a quarterly basis without having to go through a full bidding process. With the carriers’ ability to revise their rates quarterly, some shippers find that they are more likely to receive responses on their load boards without having to go to the spot market, he added. 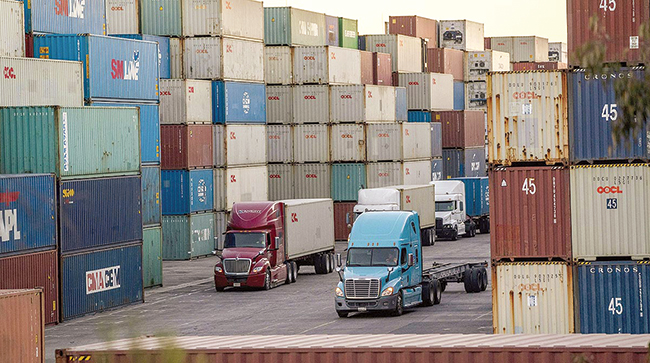 Trucks line up at the Port of Los Angeles. Time spent loading and unloading has been an issue amid supply chain struggles. (Kyle Grillot/Bloomberg News)

In describing his own company’s business strategy in acquiring new business, Rob Kemp, president and CEO of DRT Transportation, said his company still participates in the spot market. Lebanon, Pa.-based DRT Transportation assigns its freight load capacity to a blend of dedicated and contract as well as spot markets, he added.

“We try to keep X percentage of our capacity freed up at all times for whatever growth opportunity there may be out there. So, as contracts are finishing, and we’re renegotiating a fair number in a renegotiation, we move the needle on revenue per load with that,” Kemp said. “And as contracts are expiring, the capacity involving those that weren’t the most friendly customers, we’ll throw that into our open pool. And that’s moving the revenue per truck needle substantially as well.”

As for shippers looking at the impact of the capacity crunch on their carriers, Kemp believes a third of them aren’t doing enough to reduce pain points such as detention times.

“I don’t know why that is, it seems inconceivable,” Kemp said. “But it’s been our experience that they’ll still delay you five hours loading and four hours unloading and wonder why no one wants to haul their freight.”

Kemp said the shippers who are working with his company are taking steps such as changing shipping hours or going from live load to drop-and-hook to improve their drivers’ experience. Kemp appreciates those efforts not only because they help control costs, but also they make a big difference in driver retention.

“If I’m bringing on a new account, we’re asking a lot of different questions on how it will impact our drivers that we’re going to stick in there than we ever did before,” Kemp added. “And I think that’s something the shipper community should pay attention to, if they’re going to be the ones getting their freight hauled at a reasonable amount.”